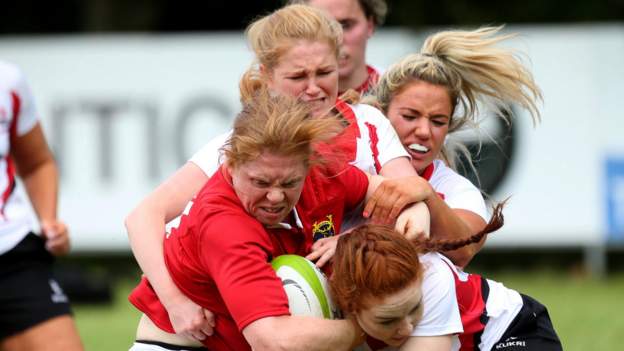 Ulster in action against Münster in the 2019 inter-provincial series

Ulster’s games against Munster, Leinster and Connacht can be followed live for the first time on BBC iPlayer and on the BBC Sport NI website.

They travel to defending champions Leinster a week later and travel to Connacht for their final game on September 11th.

Ulster Rugby Chief Executive Jonny Petrie said: “It has been a pleasure to see rugby return to rival clubs across the province over the past few weeks.

“It is even more gratifying that they are playing in front of their home crowd at Kingspan Stadium and are being broadcast to all households on BBC NI to raise the profile of women’s football here in Ulster and inspire the next generation.”

Neil Brittain, Editor-in-Chief of BBC Sport NI said: “I am delighted that BBC Sport NI is partnering with Ulster Rugby and the IRFU to broadcast the Women’s Inter-Provincial Championship live for the first time.

“We look forward to showing the Ulster games on BBC iPlayer and telling the story of the players who represent their province on TV, radio and online.

“We are also committed to ensuring that this competition will continue to be an integral part of the broadcast schedule in the future.”

The Newest Disease Detection Tool for Covid and Beyond: Poop