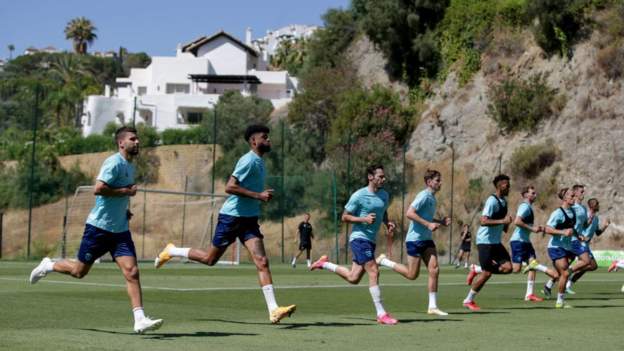 In previous years, the players did not see football in the first few weeks of pre-season training

Pre-season training used to be brutal. It has often been designed to be as uncomfortable as possible. The players were pushed to their limits and beyond, both mentally and physically.

This approach is now considered obsolete and counterproductive. Where pre-season was once a means to impose discipline and work off summer excesses, players are now expected to return in good shape and pick up where they left off. That was not always so.

“With the involvement of sports scientists, there was a dramatic change,” said Liam Ridgewell, former Aston Villa and Birmingham City defender. “The first week is very easy these days. You don’t want too many injuries.

“You’re relaxed again, so you don’t have the lung-damaging runs we used to have. Usually there are one-on-one sessions in the morning. You used to do doubles for the first month. “

Twenty years ago, when Ridgewell was part of the esteemed villa youth, an old-fashioned attitude prevailed. Endless running was the order of the day, even if some players weren’t ready to take it seriously.

“They’d leave the training ground at Bodymoor Heath and run to Drayton Manor, there and back again,” he recalls. “Some of the guys hid in bushes and jumped at you in the second round because they really didn’t want to.”

Many managers set out to make their players suffer in the preseason because they believed they were stronger for it. England international Matt Upson, who started his career at Luton Town as a teenager, was discouraged by the prospect.

“Sometimes we would go to places to run and exercise until you could see your breakfast on the floor,” he says.

“That was the pre-season mentality. It used to be associated with a little nervous tension, especially when you went somewhere, to a dark place – a ridiculous hilly landscape – and got out of the minibus. I have these butterflies in my stomach because I know what still to come. “

Although pre-season preparation has changed a lot in recent years, including sleep monitoring, GPS trackers, and custom workout plans, that benefit hasn’t entirely gone away. Mental strength and perseverance are still required to get through.

Towards the end of his career, when the Stoke City squad flew to Austria, Upson was unsure what to expect. It was his first and only preseason under the notorious teacher Tony Pulis, who was happy to live up to his reputation. 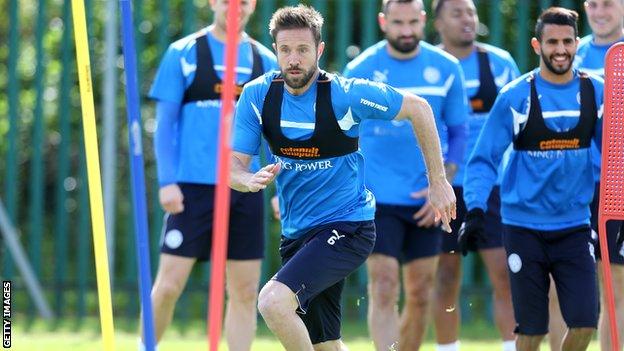 Matt Upson admitted he was nervous about pre-season training

“A lot of players have worked with him before,” says Upson. “They said, ‘Just wait and see where we’re going.’

“We went to this mountain at 6am one morning and rode our bikes up. Then we worked out in the gym in the middle of the day and did a soccer session in the late afternoon. The next day we went there and up and down the mountain It wasn’t a gradual gradient, it would be there with the staff and time everyone into groups.

“You came back to the hotel and there was a real level of satisfaction and achievement after you finished. It strengthens your mentality and your belief in your ability to go beyond the limits you thought you could do.”

Somewhat similarly strenuous, if a little closer to home, Marc Pugh came across his career in Burnley. Terry Pashley, the club’s youth manager, loved to test his players in difficult terrain.

“On the first day we ran through a forest as fast as possible and it was so bumpy. It was just ridiculous. We met the manager at the bottom of the hill. I like a little bit old school sometimes, but that was on a different level, “says Pugh.

“When everyone was there, we would do interval sprints up the mountain. The sooner you got to the manager, the more calm you had in front of the mountain, so you had that incentive. That was before the actual meeting began.

“You were totally beaten back then. You kept running until you fell over. “

The winger discovered a more sophisticated approach at Bournemouth, where he worked with Eddie Howe for eight years as they climb the divisions. Fitness work has often been camouflaged in complex, technical exercises.

“We were taken into a presentation room and the gaffer tried to explain this exercise. There were arrows everywhere. We looked at that and thought, ‘Oh my God’. It was full. There was passing, crossing, finishing, tackling – everything.” involved.

“We went out on the training ground and it was absolutely incredible how he came up with it. You were in groups. You had a one-on-one assault drill the next station. You’re doing some quick feet. Then you attack a defender and get another shot. You run to the next step and attack a flank, “he explains.

“The pre-season preparation at Bournemouth has always been very tough, but in a fun and enjoyable way.” 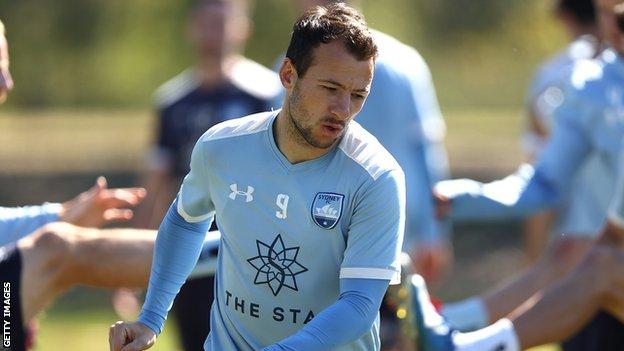 Pre-season can be a great time for players to bond, especially when there have been new additions to the squad. Adam Le Fondre saw groups brought together through fun activities and shared sacrifices on the training ground.

“I’ve been to places where you can play golf or go out,” he says. “Sometimes they’ll ram you into the ground. After you get down, you seem to have a much better bond when you come back up.”

In his 17 years as a professional, in which the four best leagues in England were represented, a few pre-seasons stand out. His first under Chris Turner in Stockport County came as a shock to the system.

“I didn’t know how to prepare for this. I remember getting in and I was miles away from it. There was a lot of high intensity running and also high volume running. It was very difficult for me to do as an 18-year-old, “says the striker.

“I did a preseason at Rotherham where we swam for an hour before training. We ran in the morning and then played small-field games in the afternoon. That was pretty much a 7 am to 4 pm day. It was incredibly tough.”

According to Le Fondre’s experience, there has been a significant shift in emphasis over the past ten years. Players, coaches and clubs have a much better understanding of fitness and injury prevention. As a result, the preparation for the season has become more targeted – and less strenuous.

“Managers don’t really care about pre-season; they trust their sports scientists and fitness trainers, who do all the research to get the most out of their players,” he says.

“It is geared towards you as a player. The players are showing themselves to be fitter for the pre-season. They understand the stress they will put on their bodies and are preparing for it.” 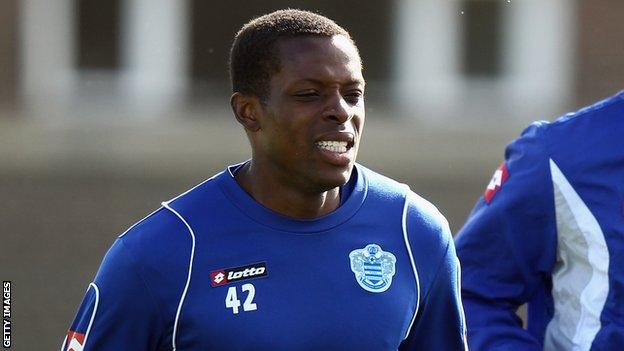 However, pre-season preparations don’t always go according to plan, as Nedum Onuoha knows only too well. In 2011, an uncompromising Roberto Mancini made it clear that the Manchester City Academy’s time at the club was coming to an end.

“It was the Saturday before the pre-season start,” said Onuoha. “I went to Center Parcs and got a text from the club that said, ‘Don’t come in on Monday, come on Saturday’. I thought, ‘Oh, that’s cool, I have extra time. You have put you the preseason back. ‘

“I sent a few messages and saw that it was just me, Wayne Bridge, Emmanuel Adebayor, Craig Bellamy and Roque Santa Cruz. We were basically removed from the preseason.

“You couldn’t fight it because you weren’t there. I didn’t even realize the rest of the crew wouldn’t be there when we got in. They were going to America that Friday.” . We trained with the U16s. “

After being sidelined by Mancini, the defender moved to the Queens Park Rangers. During a turbulent time for the club, he experienced the preparation for the season under various managers. Two in particular made an impression.

“We had Harry Redknapp in 2013,” he recalls. “Because we had just been relegated, he wanted a personality at the club, so he made pre-season as difficult as possible. That first week or 10 days was really awful. He was trying to test people.

“We used to do one-on-one. It should be done for a minute, but for some people he took the stopwatch himself. It didn’t stop until he decided that one person was ‘killed’ enough. I remember a guy literally lying on the floor and saying, ‘Get up, get up, you have to do this’. “

“Everyone who has ever played for him will remember this hill,” added Onuoha. “When we were at QPR, he made it as hard as he ever did. You should do it in three sections, but he got us to do the whole thing. It’s a three minute run up this street and it’s gross. We did it three or four days in a row.

“One day he got really angry because he said we weren’t going to compete. There were two people laughing and joking as they crossed the finish line.

“It was a physical and psychological nightmare. It’s like a rite of passage for him to go into a season. He must have been successful there in the past, which is why he keeps coming back, but it still gives me goosebumps now. That’s why I’m glad I’m retired. “