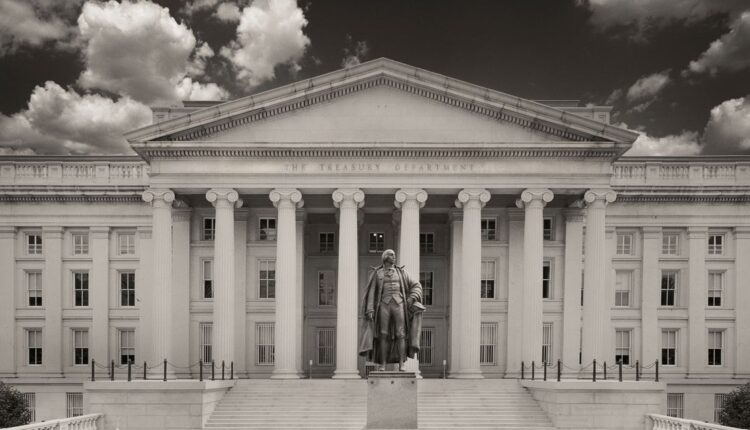 As Washington moves closer to a possible government shutdown at midnight Thursday, the status of the country’s debt ceiling could spark more concern in financial markets.

September 30 marks the end of the federal government’s fiscal year and the deadline for Congress to approve a funding measure. Treasury Secretary Janet Yellen said the debt ceiling, which legislators give the Treasury Department to borrow, must be suspended or raised by October 18, or the US is likely to default on its debt.

It’s important to note that no one knows exactly when the U.S. Treasury Department will run out of money to pay its bills, including the bondholders, let alone what would happen next. US Treasuries are widely recognized as the safest and most liquid in the world, and all kinds of financial market products and processes are tied to the orderly functioning of the nearly $ 21 trillion treasury market.

But after a few years turned upside down, in which the previously unthinkable became a reality, some experts from Washington and Wall Street have adjusted to a worst-case scenario.

“I see it as an extremely slim chance, even though all the theatrics have increased the possibility,” said Ben Koltun, director of research at DC-based Beacon Policy Advisors. “When it happens, a fictional political crisis turns into an economic crisis. The full faith and credit of the United States would no longer be full.

The stalemate on Capitol Hill is currently over $ 3.5 trillion.

Will the US run out of money?

In a research note released on September 22, Barclays analyst Joseph Abate noted that there is now additional uncertainty about the debt ceiling as it coincides with a funding package that Congress must pass. In addition, the changes brought about by the pandemic have made it much more difficult to assess the state of the expected disbursements and inflows from the Treasury.

While most analysts were expecting an “X-Date” in mid-October when the Treasury Department would run out of money to pay bills, Yellen told Congressional leaders on Tuesday that it would be October 18, the very limited resources would be used up quickly, ”she wrote in an update.

Beacon’s Koltun believes, among other things, that markets will get nervous sooner.

Read: The U.S. will run out of cash between October 15 and November 4 as the debt limit drama continues

The very idea of ​​US bankruptcy remains so contradicting that the reaction in the financial markets is not the only unknown. The current showdown in Washington has also raised big questions about the infrastructure of the financial system. It’s a bit like 2000 – no one knows how the computers will react.

“We don’t think so, and the market doesn’t think it’s a likely scenario,” said Rob Toomey, SIFMA’s chief executive officer, capital markets and associate general counsel. “But it would be a real problem scenario for the system in general and for operation and processing in particular.”

SIFMA, the Securities Industry and Financial Markets Association, is the industry association that deals with the mechanisms of trading and settlement of securities such as government bonds. The group has worked with financial infrastructure providers like Fedwire and FICC to try to come up with some kind of playbook. At the moment there are two possible scenarios:

That sounds relatively orderly, but still leaves a lot of unknowns. For one, it could split the market for government bonds and bills into those that settle normally and those whose maturities are massaged, SIFMA told MarketWatch. This creates a great deal of uncertainty about pricing and what it means for all downstream securities that are pegged to Treasury interest rates.

In a second scenario, which SIFMA said was very remote, the Treasury Department cannot or will not give advance warning of a failure to pay and it just happens. That would be much more chaotic, “a real problem scenario”, as SIFMA says.

Oddly enough, the securities in question would likely simply disappear from the system. Because if a bond is due – and paid for – on a certain day, the system assumes it. “It just shows that the system wasn’t designed for that,” notes SIFMA.

In this case, there would be a registrant for the debt entitled to payment the day before the due date. However, it is also likely that the Treasury Department could pay additional interest to make the bondholder whole.

Many analysts, including Moody’s Analytics Chief Economist Mark Zandi, believe that a financial market freak-out is very likely – think of the day in 2008 when Congress passed the Troubled Asset Relief Program law to tackle the financial crisis initially not adopted – one of the scenarios SIFMA envisions would stop before they occur, or a few minutes after midnight on the day they occur.

Even what Koltun calls the “chicken game” could already weigh on the economy. The last two times Congress had almost never raised the debt ceiling, in 2011 and 2013, Moody’s Analytics found that “the uncertainty at the time reduced business investment and hiring and weighed heavily on GDP growth. Without this uncertainty, real GDP would have been $ 180 billion or more than 1% higher by mid-2015; there would have been 1.2 million more jobs; and the unemployment rate would have been 0.7 percentage points lower. “

Next read: These 10 states owe default interest on their federal unemployment assistance loans