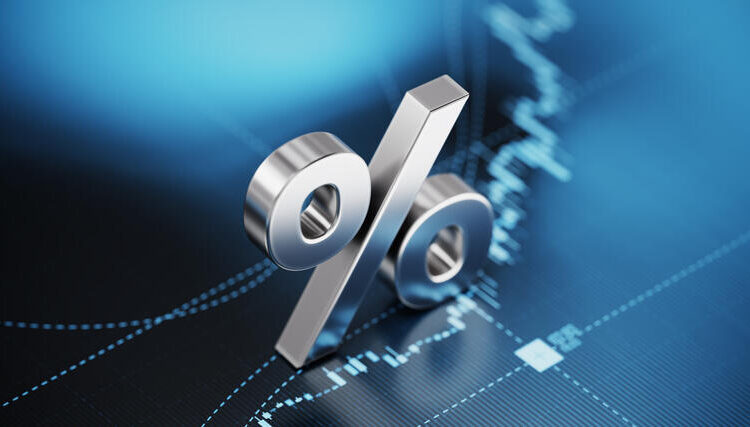 It’s been a tumultuous start to the year in markets and that’s unlikely to change as we enter earnings season. Fears of high inflation and accelerating monetary tightening are driving much of the volatility we’ve seen in financial markets in recent weeks, and it’s unlikely to abate anytime soon as peak inflation is likely still to come located.

The earnings season could help calm nerves in the coming weeks as we are reminded that the economy is still in a strong position despite the challenges it is facing.

But even that comes with a degree of uncertainty as the omicron hit at the end of November will no doubt have had an impact. Of course, as we have seen over the past two years, there are winners when consumers stay at home and restrictions are imposed.

Ultimately, however, central banks remain high on investors’ lists for the time being, offering a selection of meetings, minutes and speakers next week that are sure to garner plenty of attention.

It’s hard to overlook Thursday’s CBRT as one of next week’s highlights. Will the central bank finally step on the brakes after an aggressive easing cycle that has come at a huge cost?

The coming week will be busy with economic data and earnings results. Goldman Sachs (GS), Bank of America (BAC) and Morgan Stanley (MS) will close out the big banks’ earnings, while Procter & Gamble (PG) may provide a better view of how much more price hikes consumers might have to expect .

On Tuesday, the Empire Manufacturing Index was expected to show activity cooled off in January. Wednesday is all about housing activity which could point both building permits and housing starts down.

On Thursday, initial jobless claims are expected to fall again, while the business outlook in Philadelphia is expected to improve and existing home sales could show a slight decline.

The Fed is on blackout dates, so things will remain quiet until the January 26th FOMC meeting. With financial markets pricing in a more than 90% chance that the Fed will hike rates in March, government bond yields appear to be range-bound just below the 1.80% mark.

As the ECB is among the minority of central banks still singing the temporary hymn sheet, next week’s focus will be on the ECB’s December accounts, comments from policymakers including President Christine Lagarde on Monday and the final inflation numbers for December lie. Inflation is uncomfortably high at 5% and the central bank could soon cave in with the rest if the pressure doesn’t ease soon.

The UK data dump week, to be released Labor Market, Inflation and Retail Sales. But Wednesday is undoubtedly the standout as Governor Bailey will speak hours after the CPI is released, which could make for some interesting commentary. Three or four rate hikes are expected this year, so the expectations are pretty tight, but as we’ve seen recently, there’s a growing fear that more will be warranted.

No major data or economic events next week so focus will remain on the various geopolitical risks with Russia at the center. A possible invasion of Ukraine tops the list, with the week of intense talks between the US and Russia appearing to have yielded no breakthrough.

Next week’s inflation data is expected to show increasing price pressures, with the CPI rising to 5.7%, fueling calls for more rate hikes from the SARB.

A rare period of relative stability for the lira that is unlikely to last as the CBRT meets next week. Can the central bank resist the urge to make another cut or are there signs of further heavy losses? A no-cut could provide some support for the lira as it could signal an end to the easing cycle for now.

China will release fourth quarter GDP and retail sales on Monday. Markets are set for slower growth, with consensus down 3.5% after a 4.9% gain in the third quarter. This would be the weakest GDP report since Q2 2020.

Retail sales are forecast at 3.8% yoy in December, up from 3.9% previously. The government has enacted a zero Covid strategy restricting travel and eating out. Slow income growth is also hurting consumers and has dampened consumer spending.

China’s real estate sector remains in deep crisis with no signs of improvement on the horizon. Evergrande (OTCPK:EGRNF) and other developers have billions of dollars in debt, and investment growth and household borrowing have slowed. The government has eased restrictions on property financing, but these measures have so far proved ineffective.

China’s home price index is due out on Saturday, which could dampen the opening if the news is particularly bad. However, the previous version showed 3% growth and is widely considered to be low-impact data.

Also on Monday, ahead of the GDP release, the PBOC will decide whether to keep the MLF rate at 2.95%.

No major economic data or events next week.

Australia will release key December employment data next week. Job turnover is expected to slow to 60,000 from 366,100 in November. The unemployment rate is expected to fall from 3.6% to 3.5%.

Next week is a quiet economic calendar. On Thursday New Zealand will publish the BusinessNZ Manufacturing PMI for December. The PMI stagnated in November at a value of 50.6 points.

Inflationary pressures in Japan are much lower than in the UK or US, but inflation is still picking up after years of deflation. The Bank of Japan is expected to maintain ultra-loose policy at Tuesday’s meeting, but is likely to revise its inflation risk assessment for the first time since 2014.

Inflation remains well below the bank’s 2% target, but the BoJ could look to hike rates before it reaches it.

US stock and bond markets are closed for Martin Luther King Jr. Holiday

International money transfers from the Philippines

BOJ interest rate decision: no change in monetary policy, could adjust its assessment of inflation risks

EU finance ministers meet in Brussels for a policy debate on global minimum taxation for multinationals.

Germany Expectations of the ZEW survey

construction output in the eurozone

Selling existing homes in the US, initial jobless claims

ECB minutes of the monetary policy meeting in December

US conf. Board Leading Index

Retail sales in the UK

Consumer Confidence in the Eurozone

The Bank of Italy publishes the Quarterly Economic Bulletin

Publisher’s Note: The summary points for this article were selected by Seeking Alpha editors.