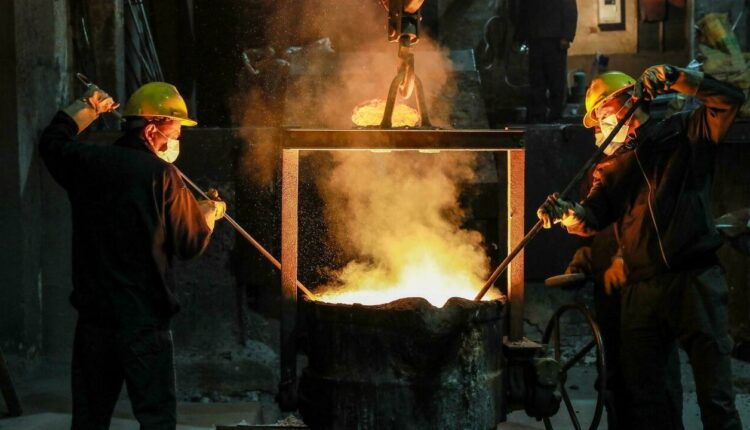 Beijing (AFP) – China’s economy expanded at its fastest pace for 10 years in 2021, according to an AFP poll of analysts, but its strong recovery from the Covid-19 pandemic is threatened by Omicron and a property sector slowdown.

The eight percent growth would be well above the government’s target of more than six percent, and comes on the back of a strong start to the year as a “zero-Covid” policy allowed the country to lead the global economic recovery.

But the country’s recovery in the second half of 2021 was hobbled by a series of outbreaks — with officials reimposing strict containment measures — as well as power outages caused by an emissions-reduction drive, supply chain problems and surging energy costs.

While the forecast marks a healthy annual tick — up from 2.3 percent in 2020 — those issues put a dampener on factory activity and led to businesses shuttering.

They were compounded by a crackdown on debt in the property sector, which accounts for a huge part of the economy.

The analysts tipped growth of just 3.5 percent on-year for the fourth quarter, down from 4.9 percent the previous three months and 7.9 percent from April-June.

And headwinds from the construction sector slowdown, as well as the impact of Covid measures on consumer spending, will likely pose a “significant drag” on growth this year, Biswas added.

Beijing has been on high alert as it prepares to host the Winter Olympics next month, with its zero-Covid policy powering lockdowns, border restrictions and lengthy quarantines.

“These delays and backlogs could exacerbate the inflation in shipping costs as well as exert pressure on export volumes,” he told AFP.

Another major port city — Tianjin — was hit by an Omicron cluster in January, the first time the virus strain was found in the community in China.

Analysts expect that China will not ease up on its policy until after the Games conclude.

Stay-at-home orders in industrial hub Xi’an likely disrupted manufacturing activities too, said Citibank, with the city of 13 million placed under a harsh lockdown in December.

Already, two-thirds of the top 30 property firms by sales have breached one of “three red lines” set by regulators, said DBS analysts Nathan Chow and Eugene Leow in a recent report, referring to different debt ratios aimed at curbing leverage.

The clampdown that started in late 2020 has dealt a severe blow as developers — most prominently Evergrande — plunged into liquidity crises, sparking investor and homebuyer concerns.

“Reports about developers’ heightened liquidity issues and building or delivery delays will only sap confidence further,” the DBS analysts said.

This year, authorities have hit some of the country’s biggest companies with new restrictions and regulations, targeting concerns including national security and monopolistic behavior claims.

But Macquarie economists expect authorities to pivot back to “supporting growth” this year, with some signs that shifting priorities will take some pressure off the real estate sector.

“It doesn’t mean that regulation has come to an end, but it does mean that peak regulation, peak property tightening and peak decarbonization are behind us,” said economists Larry Hu and Xinyu Ji.