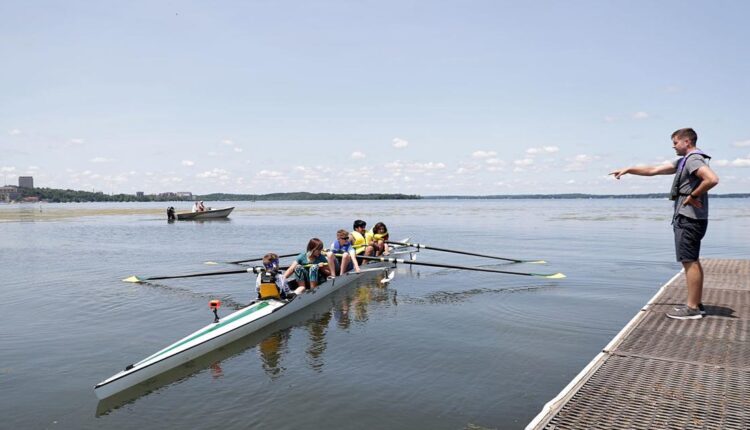 STEM to Stern students participate in the sophomore year of the Mendota Rowing Club program. The program seeks to improve accessibility to rowing by providing free training, equipment, and transportation through donations and partnerships. Kayla Wolf / State Journal

Ivy Daum Fowle has always been in love with water, which she sees as “the other world”. Therefore, despite the still cool temperatures, she could have been seen swimming in Lake Mendota last April.

When Ivy, 12, saw the UW-Madison Women’s Rowing rowing team glide across the water, she knew she wanted to be one of those women.

“I want to be a really good rower, like a pro,” she said. “And I think I’m going to have to work really, really hard most of the time.”

Will Bott (right) teaches a group of novice rowers in the STEM-to-Stern program during an afternoon session at the Mendota Rowing Club last month. The aim of the association is to bring young people from historically underrepresented groups closer to the sport.

But before she could think about titles and medals, Ivy had to learn to row – something her mother Sara Daum knew was an expensive endeavor. At that time, a non-profit organization stepped in, dedicated to breaking down rowing barriers for historically underrepresented groups.

“Our sport is so isolated,” Will Bott, managing director and founder of STEM, told Stern, which combines classes in science, technology, engineering and mathematics as well as rowing practice. “It’s one of those sports that you show in regattas, and for the most part, the kids come from the upper-middle class, white suburbs.”

Last summer, the Mendota Rowing Club launched STEM’s first chapter of the program on Stern, which originally began as an outreach branch in the Milwaukee Rowing Club in 2018 and became its own nonprofit this year.

GMP, grant date and how to check it