Top News Of The Day: India Airlifts Nearly 400 Airlifts From Afghanistan Amid Reports Of Pakistani Presence Under Taliban; Petrol and diesel prices reduced by 20 Paise and more 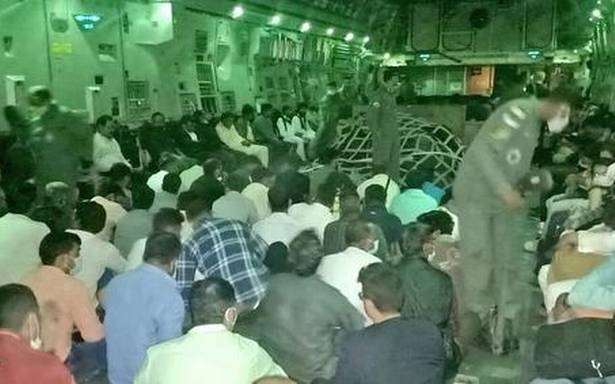 The evacuation took place in three planes, while large numbers of Pakistanis were reportedly discovered among Taliban fighters in Kabul.

Afghan Ambassador to India Farid Mamundzay also praised the messages of condolence and support from all “Indian friends” and the diplomatic missions in New Delhi about the suffering of Afghans over the past few weeks.

The price of gasoline in Delhi was cut to 101.64 yen per liter and diesel to 89.07 yen per liter, according to a price announcement from the state oil companies.

The income tax portal has not been accessible since August 21.

The data shared by the National Commission for the Protection of Children’s Rights in response to an RTI request from the PTI also said that 686 children living in KKI had been infected with COVID-19 so far this year.

Ismail Sabri Yaakob said he would invite the opposition to become part of the National Recovery Council and Committee to Combat COVID-19.

160 financing deals were completed in the second quarter – an increase of 2% compared to the period from January to March.

India is represented this time with 54 athletes.

Business week ahead: housing, inflation and the Fed