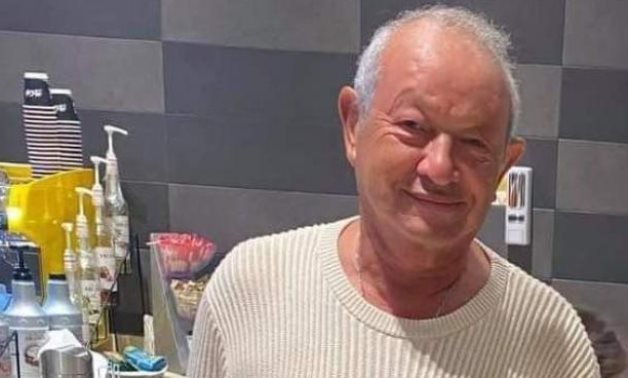 When Naguib Sawiris was caught leading his normal life, the internet was in full swing when his shirt quickly became a trending piece, until people could identify his brand and price, but why are we doing this?

It all started when a girl posted a photo of herself with Naguib Sawiris after meeting him and commented, “If you happen to pass $ 3.1 billion”. The photo piqued the curiosity of many because of the sweatshirt Naguib was wearing.

Naguib has always been known for his young at heart and on-trend taste in fashion, and this wasn’t the first time he’d worn something that got a lot of attention. Curious internet users then kept searching to learn more about the Disney character sweatshirt. The photo then went viral after several people identified the price of the Gucci x Disney sweatshirt Naguib was wearing, and this is where we were supposed to delve into the smallest of life details of public figures.

The comments on the post were a mix of ridiculous mockery of the price, light jokes, and others who just thought we should just live and let live. And let’s be honest, think about it, what is the value of knowing how much Naguib or someone else paid for a sweatshirt?

The lives of celebrities and public figures are a little too exposed, but then it’s one thing to want to follow their news and quite another when curiosity comes to a dig to know how much they’re paying for their clothes . Given the extreme obsession with the lives of public figures, the question arises whether it is really worth it or is it worth our time. We’ll leave that here as a little food for thought.

Top News Of The Day: India Airlifts Nearly 400 Airlifts From Afghanistan Amid Reports Of Pakistani Presence Under Taliban; Petrol and diesel prices reduced by 20 Paise and more