The scorching US economy is expected to cool down 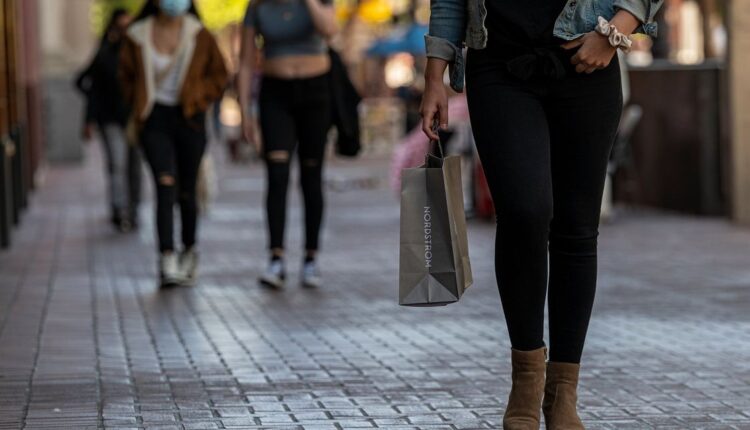 The U.S. economy’s spurt of growth in 2021 likely peaked in the spring, according to economists, who expect slower but still strong expansion into next year.

“We have moved into the more moderate expansion phase,” said Ellen Zentner, US chief economist at Morgan Stanley.

“We have passed the peak of growth, but that does not mean that something more sinister is going on here and that we are on the verge of collapsing.”

Rather, economists expect the economy to continue growing solidly in the coming year, fueled by job gains, pent-up savings and ongoing fiscal support. In the longer term, they expect the expansion to gradually cool to a more stable pace after the pandemic.

Economists polled by the Wall Street Journal this month estimated the economy grew at a seasonally adjusted annual rate of 9.1% from April to June. That would be the second fastest pace since 1983, only surpassed by the rapid rebound last summer when companies began reopening and governments began easing pandemic restrictions.

The survey participants expect growth to cool to 7% in the third quarter and to fall to 3.3% in the second quarter of 2022.

With more moderate growth, employment and inflation rates are also likely to decline, according to economists.

“It’s normal. You shouldn’t expect 9% growth forever,” said Michael Feroli, US chief economist at JPMorgan Chase & Co. “We are very confident that we will see well above trend growth in the second half of the year will be recorded. “

After rising steadily since falling, 10-year government bond yields have declined slightly over the past three months as investors factor in the potential for weaker growth, said Joe Brusuelas, chief economist at RSM.

Consumer spending rose 5% in March after Congress and the White House passed a $ 1.9 trillion pandemic relief package that sent $ 1,400 checks to many households. The money poured into wallets as many people got vaccinated and dared more when the service providers reopened their doors. Monthly spending increases have since slowed as the initial stimulus effect wears off.

“May was crazy,” said Zach Schneider, co-owner of S&S Hardware in St. Paul, Minnesota, who estimated sales that month were 17-19% higher than May 2019.

“Not only have we increased the number of visitors, but also our average transaction, which means that a lot of people buy spontaneously,” he said.

Sales have cooled since then, he said, “but we are still on the trail year-over-year.”

In the spring and early summer, inflation also skyrocketed as household spending outpaced the ability of firms to keep pace. Consumer prices rose 5.4% year over year in June, the fastest pace since 2008, the Department of Labor reported.

The US inflation rate recently hit a 13-year high, sparking debate over whether the country is entering a similar inflation period to the 1970s. WSJ’s Jon Hilsenrath examines what consumers can expect next.

As growth slows, companies will have more time to find workers, work off backlogs, and increase production, although many supply chain bottlenecks remain. The economists surveyed assume that inflation, measured by the department’s consumer price index, fell to 4.1% in December compared to the previous year and to 2.5% by the end of 2022.

Several forces should ensure continued strong economic growth in the coming quarters. For one thing, millions of people who are unemployed or not looking for work are likely to find a job that offers them income to spend. September could be a crucial month as schools across the country reopen and expanded unemployment benefits run out nationwide.

Consumers also built a large cash buffer during the pandemic. Americans were saving at an annualized rate of $ 2.3 trillion in May, nearly double what they were in May 2019. While consumers have used up some of that money trying to pay off debts or book a vacation, there is room for more expenses.

“You can’t eat out twice in one evening,” said Steven Blitz, US chief economist at TS Lombard. “Reopenings make people want to spend, but it can’t all be spent in a month.”

Meanwhile, the federal stimulus has not completely disappeared. The federal government began transferring monthly payments of up to $ 300 per child on Thursday as part of an expanded child tax credit.

This new phase of recovery has its own risks. While many economists believe the recent price pressures will only be temporary, the possibility exists that the cost of some goods and services will sustainably drive inflation higher.

Housing costs are one such problem. Comparable homeowners’ rents – the Department of Labor’s estimate of what homeowners would have to pay each month to rent their own home – have not yet recovered much. However, some economists warn that these prices could rise rapidly, reflecting recent rapid spikes in home prices.

Higher housing costs could drive inflation up in the long term.

Another risk arises from the labor market, which has recovered more slowly than many economists expected at the beginning of the year. The US economy is still missing around 7 million pre-pandemic jobs and some barriers to job growth could be permanent.

Many Americans retired earlier than planned during the pandemic and will never return to the job market. Others are unemployed for months, which increases the risk that their skills are stunted or employers believe they have. Discrepancies between industries and locations where jobs are available and unemployed are looking could hamper recruitment for months.

“I’m a little worried about structural underemployment on the other side,” said Feroli.

—Anthony DeBarros contributed to this article.