The raw material feed: The risks of the copper supply are increasing 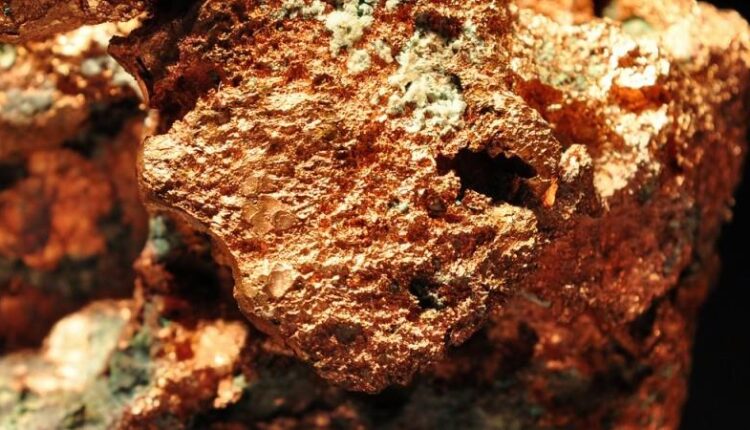 Stay up to date with all the latest ING economic and financial research.

Oil prices rallied yesterday, with ICE Brent rising nearly 1.8% and hovering above USD 76 / bbl for the first time since mid-July. While continued tightening in the US market (as spelled out in the EIA report earlier this week) continues to support prices, much of yesterday’s rally was part of a broader move, with the USD coming under quite a bit of pressure. Although the market returned some of those gains in early morning trading this morning, the USD is trading higher.

The structure of the futures curves for both Brent and WTI continues to suggest a healthier market structure, with both firmly in backwardation, and indeed spreads for both have tightened over the past few days. However, while these spreads remain firm, refining margins remain a concern. Margins in Asia and Europe remain weak, making it difficult to be overly constructive in the crude oil market. The Saudis are also expected to raise their official retail price of crude oil for shipments in September, which will do little to improve refining margins. If we look at the physical crude oil market, we also see some weakness as the Ural differential continues to weaken. So there still seems to be some discrepancy between the physical and futures markets, making it difficult to justify a significant further uptrend in the market for the time being.

Natural gas prices in Europe continued to rise yesterday, TTF trading over 41 EUR / MWh. While net feeds have picked up pace over the past week, it is becoming more and more likely that we will enter the winter season with gas supplies at a 5 year low and this should continue to support the market. However, due to the strength of European prices, the spread between Asian LNG and TTF has narrowed significantly from more than 1.9 US dollars / MMBtu at the end of last week to currently close to 0.9 US dollars / MMBtu. The spread is approaching a level where, given the relatively cheaper freight to Europe, we could see more spot US LNG cargoes entering Europe rather than Asia.

The turn to copper and the risk of potential strikes at the Escondida copper mine heightened when the main union advised its members to turn down BHP’s latest wage offer. The company’s latest offering includes longer hours, shorter breaks, and modified hours to increase productivity and profit. Members will vote on the offer by July 31st. Meanwhile, workers at Codelco’s Andina mine in Chile turned down management’s latest wage offer and decided to go on strike yesterday. Both sides are now going through a mandatory five-day government-led mediation process, which can be extended for an additional five days to reach an agreement. The mine produced 184 kt of copper last year, approximately 11% of Codelco’s total production. So far, Codelco has managed to avoid strikes in the ongoing collective bargaining cycle in Chile.

As for aluminum, Chinese aluminum producer Henan Shenhuo Coal & Power Co. said its aluminum smelter in Yunnan Province will miss its annual production target of 800 kt this year due to ongoing power shortages. The facility is running at 61% of its total capacity after local power grids reduced the hut’s electricity supply by 30% on July 27th. Earlier this week, Rio Tinto said it had started reducing production at its Kitimat smelter in Canada due to a strike. The company will reduce production to approximately 35% of the smelter’s annual capacity of 432 kt. Kitimat’s supply accounts for around 10% of North American production.

Finally, in ferrous metals, the most active SGX iron ore futures fell more than 5% this morning, while DCE futures fell more than 4.5% on expectations of weaker commodity demand in the second half as China seeks more steel restrictions. Following the latest proposals, the Shagang Group (the world’s fourth largest steel mill), based in China’s Eastern Province, said it would cut production and overseas sales to meet government efforts to reduce emissions. The group received government contracts this year to increase sales of steel products abroad by 50% to 1.5 million. According to data from the World Steel Association (WSA), Shagang produced 41.6 million malfunctions in 2020. However, year-end iron ore production capacity has been reduced to 343 tons per year for 2021, compared to the previous estimate of 350 tons per year.

Brazil continues to experience cold weather and is likely to continue today as Friday is expected to be the coldest day of the year and this increases the risk of further frosts. There is a risk to sugar, coffee and corn growing areas as frost can affect yields. However, uncertainty about the extent of the damage has kept coffee and sugar prices volatile.

In addition, the Brazilian state of Parana, the country’s second largest corn producer, cut its Safrinha corn production estimate for the 2020/21 season to 6.11 million in June. A drought during much of the season combined with frosty weather in June and July had a negative impact on corn yields in the region. The state has lowered the yield estimates for Safrinha maize from 4.7 kg / ha in June to the current 3.8 kg / ha.

Disclaimer: MENAFN provides the information “as is” without any guarantee. We assume no responsibility or liability for the accuracy, content, images, videos, licenses, completeness, legality, or reliability of the information contained in this article. If you have any complaints or copyright issues related to this item, please contact the above provider.