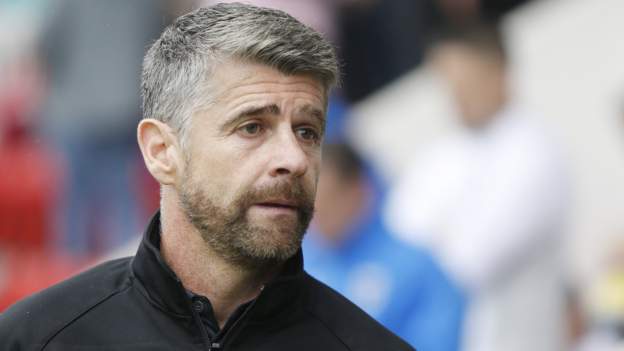 Morecambe boss Stephen Robinson was charged with inappropriate behavior by the Football Association after Saturday’s game against Wycombe.

Robinson was sent off in the second half of the 4-3 defeat after the Chairboys scored their third goal.

The 46-year-old was sent to the stands after alleging goalkeeper Kyle Letheren was fouled in advance by Joe Jacobson, who made Wycombe 3-2.

The shrimp boss has until Monday October 11 to respond to the indictment.