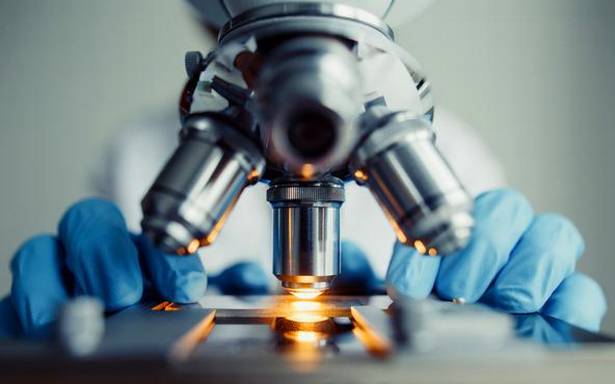 The Vijaya Diagnostic Center (VDC) is a Telangana / Andhra Pradesh based diagnostics provider with a strong base in Hyderabad. The company offers integrated diagnostic services for pathology and radiology (65/35 percent share of sales). The company operates on a typical hub-and-spoke model, but focuses on offering a wider range of services in each location. The main clientele are individual consumers (93 percent B2C vs. 40-60 percent for peers). VDC has 79 centers in the two southern states and one center each in NCR and Kolkata (81 in total). The IPO is solely an offer to sell to enable existing investors to partially exit, who will sell 30 percent of the shares, while the promoter will sell 5 percent. Investors can perceive the operational key figures of the regionally well-established company in the context of the IPO offer as appropriately rated (see comparison table of the peers). However, investors should also take due account of the risks from the company’s high geographic concentration and the non-franchisee model and wait.

In FY21, VDC derived 96 percent of its revenue from Telangana and Andhra Pradesh, of which 86 percent came from the state of Telangana. Within Telangana, Hyderabad generated 80 percent of total sales during the reporting period, and the flagship center in Hyderabad accounted for 18 percent of total sales. VDC has built strong brand awareness in the region with a comprehensive range of services at competitive prices, but concentrated activities are fraught with risk. For example, the typical risk associated with geographical concentration even played out in FY21, as VDC is subject to local regulations and was unable to perform Covid tests at the beginning of the pandemic. VDC recovered from slower growth in the first half of the year and posted sales growth of 11 percent in FY21, compared to sales growth of 53 percent for Krsnaa Diagnostics or 19 percent for Dr. Lal PathLabs (DLPL) with wider presence. Since healthcare is a government issue, VDC cannot diversify potential regulatory risk either. The other major risk associated with concentration is that increased competition in the core markets could have a significant impact on VDC. Thyrocare, which has a strong presence in the Hyderabad and South India markets, has teamed up with PharmEasy and now has the resources of an online aggregator to support its operations. Operating from a limited region means that in the absence of an aggressive expansion plan, a limit to growth will eventually be reached. The current expansion plan is based on further penetration of the core market and expansion into adjacent regions in a concentric circle around the core markets. DLPL has only recently been successful in diversifying away from its core market, NCR. It did so at the expense of pricing ability while being supported by a recognizable brand and model that combined franchisee, technological reach, and corporate presence.

The 81 centers of VDC operate as 1 flagship center with a national reference laboratory, 20 centers with 10 reference laboratories and 60 diagnostic centers. Most centers are company-operated, rented facilities that provide integrated diagnostic services (pathology and radiology) with smaller spokes that provide basic testing for both. This has enabled VDC to be responsible for a complete customer experience, which in turn drives customer loyalty. Compared to other existing models, however, this acts as an intensive model with low agility. DLPL, which is more than four times the sales of VDC, operates 229 central laboratories with 9,000 pick-up points, and the company relies on a franchise model to grow. While VDC generates an integrated, faster and deeper customer experience in fewer locations, the other models enable a greater range, which offsets the lower prices in the aggregator / franchise model. VDC also has good support staff, including radiologists in most locations, compared to most other competitors’ centralized team approach. This will again involve a similar compromise between depth of offer and reach for the company.

The company reported sales growth of 19 percent CAGR in the 5 years leading up to FY21, that is, FY19-20 as the VDC focused on expanding its core markets and testing menu. The sales growth in FY19-21 was more in line with the industry range at 13.5 percent CAGR. VDC revenue per test (₹ 428 versus ₹ 275 for DLPL) or revenue per customer (₹ 1,200 versus ₹ 700 for DLPL) is among the highest in the industry, driven by the radiology mix, higher tests per customer (2, 8 tests versus 2.5 for others), and a largely walk-in customer who does not attract finder fees from aggregators / franchisees. This has also maintained the company’s margin profile and a largely mature asset base (enables higher utilization). Compared to Krsnaa, where half of the asset base was built in the past three years, VDC added 25 percent to the base from FY19. VDC’s reported EBITDA margins improved from 37 percent in FY19 to 44 percent in FY21 (42 percent adjusted for the Covid disruption). VDC is a cash surplus with negligible debt other than the lease liability.

VDC’s EV / EBITDA is 34 times FY21 EBITDA, which is lower than the industry range. Investors should consider the potentially challenging environment for future growth when considering the proper valuation of VDC with strong operating metrics in its home market.