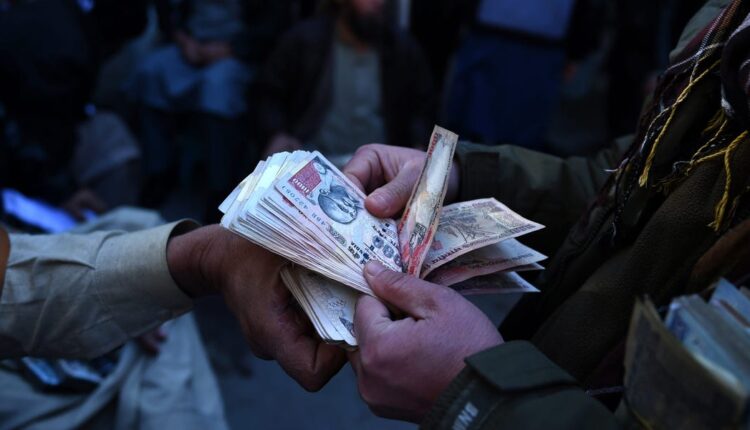 A former UN official who previously worked on Taliban sanctions said the economy in Afghanistan could be weeks away from collapse, NBC News reported.

Hans-Jakob Schindler, a former German diplomat, told NBC that there could be weeks or “a few months” before economic failure. He said, “Then the economy is in big trouble.”

NGOs and international aid agencies have called for swift action to avert an economic crisis in the country as the Taliban worked to replace key staff at some of the country’s financial institutions.

Last week it was reported that the Taliban were unable to get their hands on $ 10 billion in central bank reserves because most of the funds were held in New York.

G7 leaders said they would judge the Taliban by “their actions, not their words.”

But the international community also signaled that it would suspend or slow down aid to the country. The World Bank has already stopped helping. The International Monetary Fund also said the country had no access to millions while there was “unclear” whether the Taliban government would be recognized.

Afghans stand in front of a bank in Kabul on Wednesday.


News outlets released a series of photos last week showing long lines in front of banks in the capital, Kabul, and reported that some Afghans were trying to get cash.

Mark Bowden and Martin Barber, associate fellows at Chatham House, a think tank for international affairs in London, discussed the situation in a blog post published on Thursday.

They wrote: “The Afghan economy is being brought to its knees by the closure of banks and offices that receive remittances, currency depreciation, food and fuel shortages in cities, price inflation, trade disruptions and the inability to pay wages.”

WikiLeaks, which published classified documents about the war in Afghanistan in 2010, said on Twitter that 80 to 90 percent of the Afghan economy “was based on funds from foreign security services and foreign aid.”

“The upper echelons took the money and ran,” said WikiLeaks. “It collapsed because everything became corrupt.”

Diplomats in neighboring Pakistan said Saturday that their country’s priority was stabilizing Afghanistan.

Zahid Hafeez Chaudhri, Pakistan’s High Commissioner-designate for Australia, said: “Increased engagement from the international community will be critical to lasting peace and development in Afghanistan. The viability of the Afghan economy after four decades of war and conflict must be ensured through development. “Partnerships.”