Renton Laidlaw: Former BBC golf correspondent has died at the age of 82 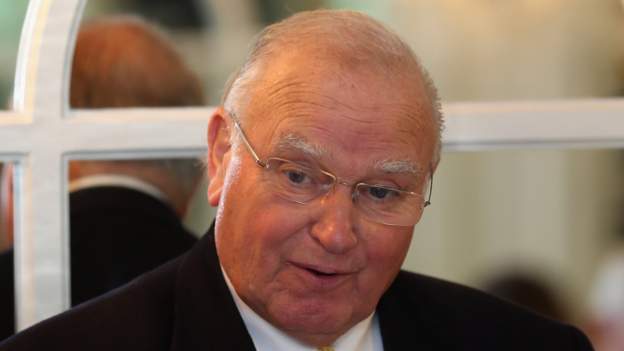 Laidlaw was born in Edinburgh in 1939

Tribute has been paid to respected golf broadcaster and journalist Renton Laidlaw, who died at the age of 82.

During his career he reported on 58 Open Championships and 42 Masters, including extensive work for the BBC.

The Scot was the BBC golf correspondent for 15 years, presenting sport on Jan.

“Renton’s knowledge, insight, wit and wonderfully distinctive voice have made him an immensely popular figure in golf and in the sport in general,” said R&A boss Martin Slumbers.

“He’s been admired by so many of us who grew up reading his comments or reading his reports on The Open and the other major championships.

“Renton has made a remarkable contribution to golf in a long and successful career.

“He will be greatly missed by players and fans around the world and by his many friends at the Royal and Ancient Golf Club of St Andrews.”

Current BBC Sport golf correspondent Iain Carter called Laidlaw “a colossus of the golf media” while Dougie Donnelly added that he was “an excellent writer and broadcaster who is held in genuine affection by everyone he has worked with.”

Laidlaw had been with the Association of Golf Writers since 1963 and held several roles.

He was president for 10 years before stepping down in 2015.

The UK economy falters in the summer as bottlenecks build up