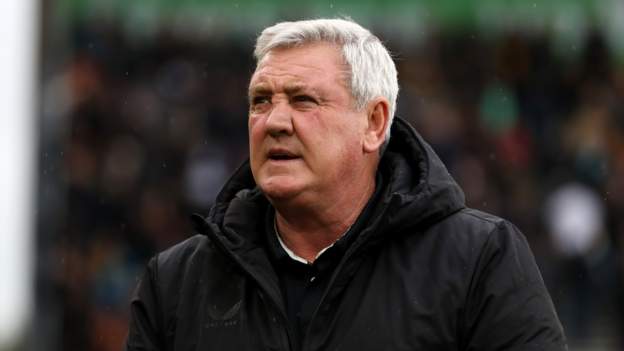 Newcastle host Tottenham in a sold-out game on October 17th at St James’ Park that will be Bruce’s 1,000th game in management

Newcastle’s new owners will have further talks with boss Steve Bruce next week when they review operations following the £ 305million Saudi Arabia-backed acquisition.

Amanda Staveley, who will sit on the new board, has spoken to Bruce and Captain Jamaal Lascelles.

She will meet with the staff on Friday and will speak to the players when they return from international match service next week.

Bruce told the Daily Telegraph that he wanted to keep going but said, “New owners usually want a new manager.”

Newcastle host Tottenham for a week on Sunday in a sold-out game at St James’ Park that is said to be Bruce’s 1,000th game in management.

There has already been speculation about who could replace the 60-year-old, including Rangers manager Steven Gerrard, former Chelsea boss Frank Lampard and former Inter Milan, Juventus and Chelsea coach Antonio Conte.

A survey by the Newcastle United Supporters’ Trust released earlier this week and before the takeover showed that 94% of respondents wanted Bruce to leave “in the best interests of the club”.

Shearer and Keegan talking to Club

The new owners have also spoken to Alan Shearer and Kevin Keegan, who both had tough leadership roles during Mike Ashley’s regime, about possible roles at the club.

Keegan, who fought for the Premier League title during his first term between 1992 and 1997, stayed just eight months after returning to St. James’ Park in January 2008, and subsequently criticized Ashley.

Shearer, the all-time top scorer, could not save the Magpies from relegation after his interim responsibility in April 2009 and has been a sharp critic of Ashley in recent years.

The new owners also plan to move the Shearer statue outside St. James’ Park on the stadium grounds.

Covid Immunity Through Infection or Vaccination: Are They Equal?

5 Celebrities With Everyday Drivers That Won’t Break the Bank