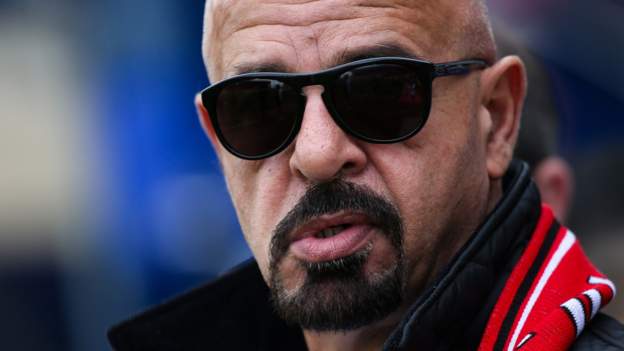 Marwan Koukash (left) and Derek Beaumont were both friends and rival owners while the former was in Salford. was

Former Salford owner Marwan Koukash is keen to reinvest in rugby league and hopes to work with Derek Beaumont at Leigh Centurions.

The businessman and racehorse owner handed control of Salford to a community trust in 2017, four years after intervening to save the club.

Beaumont owns the Super League team Leigh, which began a second mission there in 2013.

“I miss the involvement in the rugby league”, Koukash told BBC Radio Manchester.

“It’s in my blood, addicted to it and would love to do it again. I know for a fact that for various reasons I will never get involved with Salford.

“But I have a special love for Leigh and maybe one day I’ll join Derek. at [Beaumont]. “

Koukash’s time at Salford was mixed with large sums of money being spent, but the return on his investment was a top fourth place in the Super League and a Challenge Cup semi-final.

The Red Devils were even 80 minutes away from relegation and just one notable late comeback, crowned by Gareth O’Brien’s Golden Point Drop Gate, in the Million Pound Game in 2016, they were in the major league. 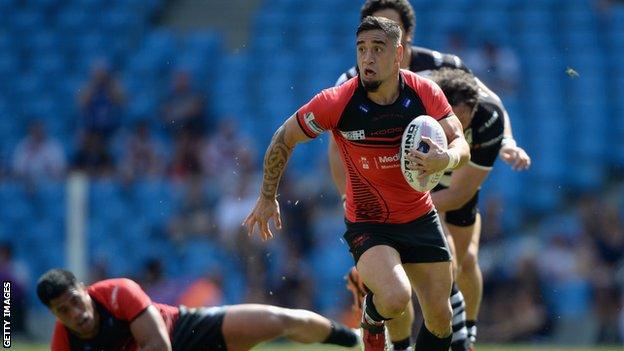 Rangi Chase scored 15 tries in 42 games for Salford, but finished 10th and 11th in his two seasons for the club.

However, the Palestinian-born millionaire feels older and wiser at sports, and has learned from those mistakes – enough to team up with Beaumont.

The couple were both friends and often verbal sparring partners in the media, and even launched a weight loss charity challenge in 2017 – which ended in a draw.

“Will Derek have me? If Derek will have me, then it is very, very likely. Nine out of 10, ”added Koukash.

“The game is fantastic, I’ve enjoyed my involvement in the rugby league. I haven’t always made the right decisions and that’s because of my inexperience.”

“I’ve learned a lot since then, I would love to get back into the game and be involved with Derek.”

The rugby league is currently at a pivotal point in terms of television rights negotiations and the future of the sport, with an expected decline in funding from the broadcasting agreement that will be its greatest contribution.

Attracting investment is a challenge for all clubs as central payments are expected to shrink in the coming seasons.

“The majority of clubs, Super League clubs, are looking to invest,” Koukash continued.

“When I got into the rugby league [with Salford] I didn’t just come to take part, I invested a lot of money.

“And so much money – if I had to invest it again now with the knowledge of what I do for the sport, with the experience and what I have learned, I would certainly make a very positive contribution.

“A lot of clubs have turned to me, we talked about the possibility of joining them. Some are in the championship and some in the Super League.”

“The door is open to me to join a number of clubs, but I would like to join Derek [and Leigh]. “