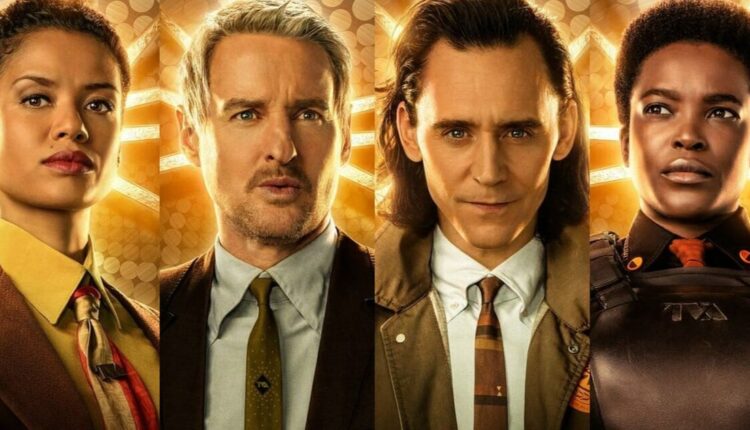 With Loki’s fourth episode and its surprising ending, the show breaks audience records and brings Marvel Cinematic Universe to the top of the charts. And the performers have every reason to celebrate the success of the show as well as their performance and presence in Loki as they are widely valued.

Loki is about Tom Hiddleston’s God of Mischief leading an ensemble in a time-variant crime thriller, but it is Sophia Di Martino who makes headlines with her impeccable performance as Sylvie and special attention with her performance in the latest episode, The Nexus Event . The female version of God of Mischief, which unravels the secret behind Time-Keepers, became the highlight of the show yesterday. The MCU fans apparently loved Sophia’s role on the show, which led to her high ratings on IMDb. The actress is the most popular celebrity on the website and portal of the film database, taking first place on the list.

In fact, all of Loki’s main characters have managed to earn audience recognition. Tom Hiddleston, the MCU veteran who portrays the title character and is also an executive producer on the show, has joined Sophia Di Martino as one of the top five IMDb celebrities and ranked 4th on the list. Hiddleston also teases the upcoming twists and turns in the show’s history as he effortlessly keeps fans waiting for more.

Although Hiddleston’s entry into the top 5 is not surprising given the hype already built around the show and its character redevelopment with the series, Sophia Di Martino seems to have won hearts. In the final episode, The Nexus Event, the show delved deeper into Sylvie’s storyline and gave the actress a central place on the show, which eventually led to her topping the IMDb charts.

Sasha Lane, who has also made a name for herself with her small but crucial role as the Hunter C-20, has secured # 23 place and put her in the top 100. Although Lane’s role was relatively smaller, it would be nice to see her again in the next two episodes in some ways. Gugu Mbatha-Raw, whose role took a surprising turn in the last episode, has also won some fans in the audience as she secured # 11 on the list, well ahead of Owen Wilson’s # 50.

Though Wilson is reportedly a more prominent character to the series, Mbatha-Raw’s turnaround has just gotten interesting, which hints at the obvious reveal of her comic book identity to Ravonna Lexus Renslayer, who is an ally of Kang the Conqueror.

In addition to these series stars, Tara Strong has also captured a spot among the top 100 celebrities on IMDb, with voters positioning her at number 92. Tara Strong voiced Miss Minutes on the show’s first two episodes and gave another amazing voice over for a fan-favorite character.

Loki has become one of the most watched shows on streaming platforms. The show’s time consuming narration got the audience quite addicting and looks like it will reach a massive climax at the end of the final episode. Marvel boss Kevin Feige has already cited the show as the strongest foundation for future entries in the fourth phase of the Marvel Cinematic Universe. It was previously reported that the show will have ties to Doctor Strange in the Multiverse of Madness, though this has not been reconfirmed since Feige stated that fact back at San Diego Comic-Con in 2019.

The fourth episode turned the tide in the show’s history, with both Loki and Mobius circumcised, and Loki ending up in a dystopian New York (the one shown in the trailer with the wrecked Avengers Tower) along with some unprecedented guests there. The curtains are also from the mysterious Time Variance Authority. With every week that goes by, the audience just wants a close on where these drastic but fascinating revelations will lead this show in the final two episodes. Loki can currently be streamed on Disney +. Disney + airs a new episode of the show every Wednesday. This message reached us via {https://thedirect.com/article/loki-celebrity-sophia-di-martino-sylvie|The Direct).