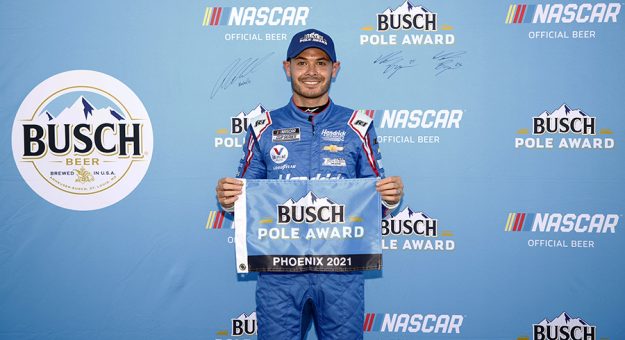 AVONDALE, Ariz. – Kyle Larson will watch his first championship in the NASCAR Cup Series from Pole Sunday at Phoenix Raceway.

The Hendrick Motorsports Chevrolet No. 5 driver clinched pole for Sunday’s NASCAR Cup Series Championship Race in qualifying with his 26.116-second lap at 137.847 mph.

“It was nice to go out penultimate and have a benchmark to shoot at,” Larson told NBC Sports. “It’s really good to get a pole and help with the pit selection, so that’s nice. It will be good to drive from pit stop # 1. Really happy with our Hendrickcars.com Chevy. It was really weird training yesterday. I think all our confidence was probably less after that. So good to come here, pick up a pole and start the weekend on the right foot. Another long day tomorrow and the track will go through a big change. It looks different from what I know. We’ll see how it goes. “