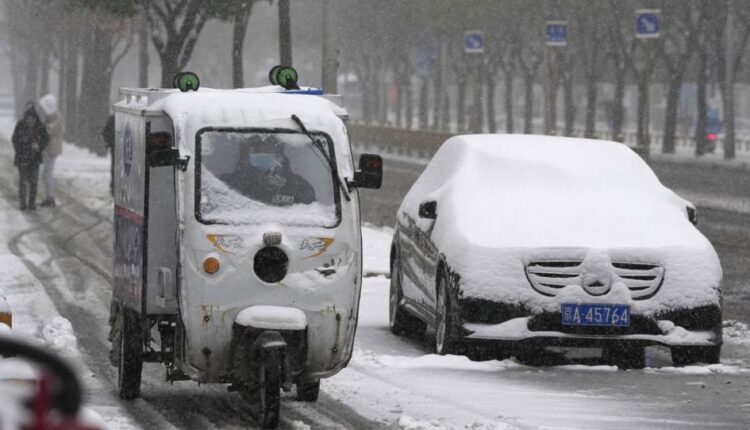 Temperatures dropped to freezing and below as a cold front moved from west to east. In Beijing, the nearby city of Tianjin and northeastern China, steady snow fell on Sunday after hitting parts of Inner Mongolia and other western areas the day before.

The National Meteorological Center has issued an orange warning for snowstorms, the second highest level in China’s four-level warning system. In some areas, accumulations of more than 30 centimeters have been projected.

Because of the snow, several sections of the highway around Beijing were closed on Sunday.

Flights at the airport in Hohhot, the capital of Inner Mongolia, were canceled on Saturday, the official Xinhua news agency reported. In Hebei Province, which surrounds Beijing, and further west in Shanxi Province, some highways have been temporarily closed, Xinhua said.