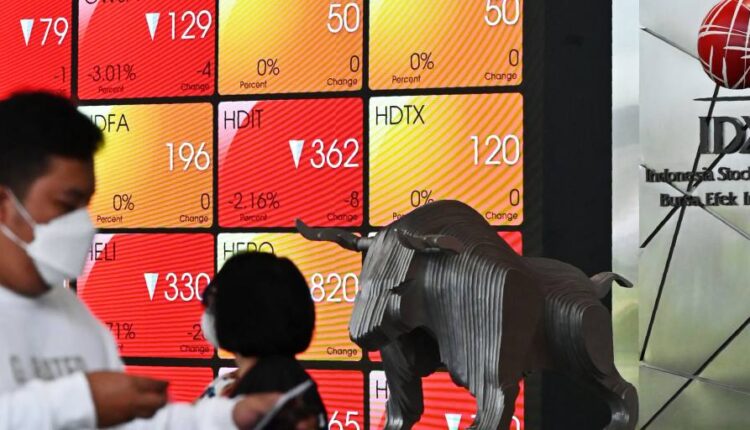 JAKARTA – Newcomers to the Indonesian stock market have been baptized by fire after a string of hot IPOs, including e-commerce giant Bukalapak, fell below their early trading prices.

According to the Indonesia Stock Exchange (IDX), one million people invested in stocks for the first time this year in a country where around half of its 270 million inhabitants do not have a bank account. Retail investors accounted for 59% of the IDX’s trading value, compared to just 37% in 2019.

While the stock market has always wanted more retail investors to increase liquidity, the surge carries risks for the stock market – and popular new trading platforms – as they seek to take care of the country’s capital markets by educating new investors about the risks associated with trading to reconcile .

Since the August 6 listing of Bukalapak, Indonesia’s largest public offering of all time, comments from unfortunate investors have flooded social media. After the stock of Bukalapak hit its bullish limit on two consecutive trading days, it reversed its price. They hit the downward limit on the third day and several times thereafter.

“Since the Bukalapak listing, the [stock market] was really, really bad … Better to CLOSE this issuer, “said a user who played on the ticker of the e-commerce platform BUKA, which means” open “in Indonesian.

Another said, “Thanks Bukalapak. I’ve learned to be smarter in camp.” [investment]. I bought 30 lots at the top and now I’m stuck. It feels like being mentally screwed. “

The Bukalapak share is now around 20% below its first day closing price and is at the same level as the IPO price. It is not alone. Other newly floated stocks, including nickel mining company PAM Mineral and mining equipment company Ulima Mitra, continued to decline after initially rising.

Some investors in Bukalapak, Indonesia’s largest public offering of all time, have expressed their regrets on social media. © Reuters

Analysts say retail investors are spearheading the frenzy of newly floated stocks. “It’s herding, or FOMO [fear of missing out]”said Alfred Nainggolan, head of research at Praus Capital.” The presence of applications and platforms that make it easy for retail investors to trade directly tends to create such a phenomenon.

Trading apps, similar to Robinhood in the US, have contributed to the rise in the number of retail investors in many countries as they offer easier trading at lower commissions than traditional investment firms. The COVID-19 pandemic was also a factor as many people are stuck at home with little to do.

Indonesia’s trading apps have expanded rapidly thanks to the cash injections from global investors. Ajaib’s supporters include Japanese SoftBank, while Stockbit has acquired investments from venture capital company Sequoia Capital. “We have seen record growth [in registered users] This year, driven by the rise of retail investors around the world, “said Anderson Sumarli, CEO of Ajaib.” We have hundreds of thousands of new users. “ Although he has only been investing in stocks since 2018, Aris Muhammad, a 29-year-old IT consultant, is considered a relatively seasoned investor and is determined to be a disciplined, long-term shareholder in his preferred companies.

“I was tempted to sell Bukalapak stock after it hit the upper limit of movement,” he said. But he decided against it because he is optimistic that “e-commerce will still have plenty of room to grow”.

Mohammed admits his mistakes. “I forgot how much I lost because I was traumatized and ashamed of losing money,” he said. “I only invested in stocks that were top winners the day before, and one day a stock I bought fell. It never recovered from the price I bought. I temporarily gave up trading.”

Many new investors have had similar experiences. Twenty-six of the 38 IPOs in 2021 hit the upper limit of price movement on their first day of trading, but seven traded below the first day’s closing price within a week, including Bukalapak. At the end of September, it was trading 10 lower than its first closing price. 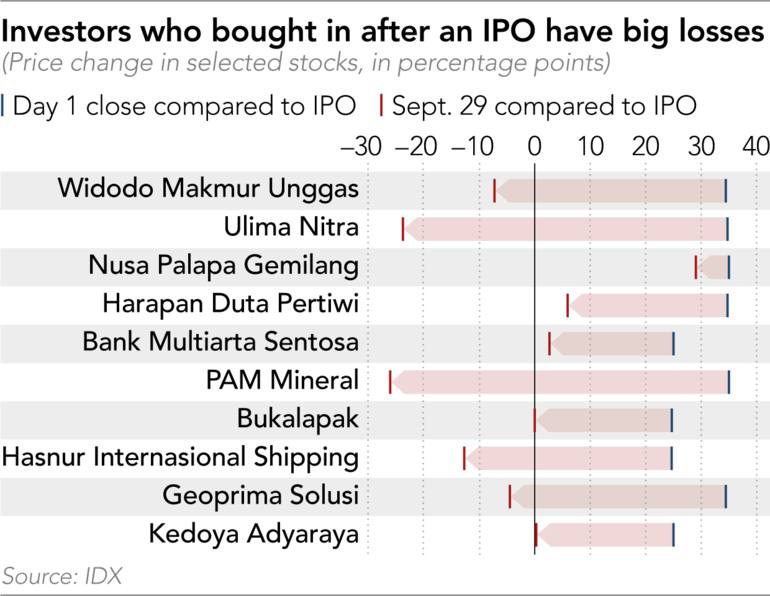 Some investors in Bukalapak, angry with its lackluster performance, went to the Google Play Store to “rate” its app and detract from its ranking.

“Mind your stock price first,” said one reviewer. “[IPO] only made the owners richer. After that, the share price fell for days, pulling other blue chip stocks down. I regret installing the corporate application. “

“Destroyer of the Indonesian economy,” said another, calling it the “shredder” of the Jakarta Composite Index. ”Both critics gave the app only one star.

Retail investors looking for trading ideas have searched for influencers on YouTube, TikTok and Twitter. Some, but not all, offer serious advice based on basic research about a company’s prospects and risks.

“There are a lot of influencers, especially on YouTube, who say stocks are all about money or profit,” said Maximulianus Nico Demus, associate director of Pilarmas Investindo Sekuritas, a local securities firm.

A petition on Change.org with more than 6,600 signatures has called on the Indonesian authorities to take action against influencers who “provide stock information or stock signals they allegedly bought” and who “keep pumping without clear fundamentals and analysis.” Dump fraudulently inflates the price of a stock in order to sell it at a higher price.

“One thing that is never easy is education, and the process is quite a long one,” said Demus of Pilarmas. “But on the other hand, IDX aims to have so many [investors] as possible and the most potential targets are young people who are tech savvy and tend to get immediate results as well. That is a dilemma indeed. “

According to Hasan Fawzi, IDX Development Director, the exchange is working to ensure that “there is enough liquidity for a given stock and that market manipulation activities are avoided as much as possible”.

Fawzi said the price action limits are important to “enable investors to gather more information about a particular stock and respond to it with calm and confidence.” The exchange is also developing a “new pre-closing mechanism that randomizes the closing time in the last two minutes before market close” to prevent tampering, he said.

The trading platforms say they are taking steps to educate investors and provide extensive material to discourage gambling-like trading.

“We consistently train and remind our users that they need to understand what they are investing in. That is why we provide them with information and analysis.” [on the platform] that they can use to make decisions, “said Sumarli. Ajaib uses its social media platforms to provide educational materials such as stock analysis, market updates, and finance and risk management for beginners.

“There are always people who think they want instant wealth through the capital market, and we cannot achieve a state where 100% of the people are educated and invest properly,” he said.

The world economy is worried a lot right now