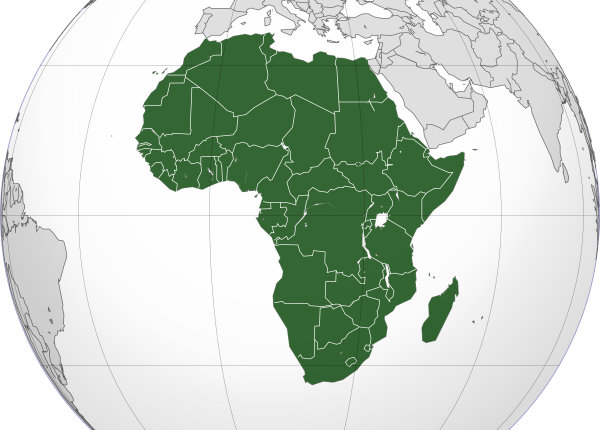 IN recent years, securities trading algorithms have been developed, and they have allowed automated high-frequency trading without human intervention. High-frequency trading (HFT) is a form of trading in which security positions are turned over very quickly by leveraging advanced technology and the associated extremely low latency rates. HFT is considered one category of algorithmic trading. Algorithmic trading is a form of electronic trading that is carried through computers.

A pre-programmed algorithm decides when and how to carry out a certain trade, based on certain conditions specified in the algorithm and checked for against other market data being received from external sources.

HFT was well explained by Jay Vaananen (2015) in his book titled: “Dark Pools and High-Frequency Trading for Dummies.”

While there is no formal definition of HFT, the US Securities and Exchanges Commission (Sec) attribute the following specific characteristics to HFT:

The use of extremely sophisticated and high-speed computer programmes for generating, routing, and executing orders.

The use of individual data feeds from exchanges as well as co-located servers to minimise network and other types of latencies.

Maintaining very short timeframes for establishing and liquidating positions, resulting in the frequent turnover of many small positions in one or more financial instruments.

Submitting several orders that are cancelled soon after submission.

The authorisation of the electronic exchanges in 1998 by Sec gave rise to HFT. By the year 2001, HFT trades had an execution time of several seconds. By 2010 this had shrunk to milliseconds, even microseconds — a millionth of a second, or quicker than the blink of an eye.

For a long time, HFT was a little-known phenomenon outside the financial sector, but a July 2009 article in The New York Times was instrumental in bringing the subject to wider attention.

Should high-frequency trading be allowed?

It is estimated that HFT now accounts for more than half of all trading volume in US and EU markets. Over the last few years, HFT has grown rapidly not just across various regions, but also across the various asset classes that are being traded.

While equities remain the most commonly traded asset class, HFT’s popularity is fast spreading to other asset classes as well.

This being the case HFT should be allowed in the financial markets with new regulations to help to bring about greater transparency and reduce the volatility levels in the markets as well as preserving the advantages of algorithmic trading and minimising potential risks.

Regulators must ensure stock exchanges do not offer co-location and ensure that all trades are executed at the same speed as what the investors exchange (IEX) does.

IEX was a direct response to the unfair and murky trading strategies practised on Wall Street, including paying for an advantage via co-location. IEX hopes to make equity trading transparent and understandable to ordinary people.

The Johannesburg Stock Exchange (JSE) opened co-location to clients in mid-2014. Today argues Hanna Ziady in her 2016 article: HFT: Faster than thought, about 30% of the value traded in the cash equities market goes through co-location. However, Donna Nemer, head of capital markets at the JSE argues that not all of that is HFT. Several entities use co-location for their institutional clients due to their superior execution capabilities.

However, experts believe that HFT is a natural step in the evolution of markets and that firms will continue to leverage on advancement in technology to make greater profits.

Africa needs strong financial market regulations and systems to implement HFT. With the coming in of 5G Africa is left with very few options, hence the need to consider coming on board.

Although computers drive almost 80% of trades in South Africa, HFT is still in its infants. With the automation and regional integration of African stock exchanges, it’s high time they start to seriously consider HFT.

A study by Gur-Gershgoren (2013) shows that algorithmic research has important advantages in terms of efficiency, liquidity, correct pricing, fairness and stability. The study also found that algorithmic traders contribute to liquidity in the market.

Their contribution is even greater in cases of low liquidity, and somewhat in crisis periods.

While HFT has numerous advantages, it creates its own set of unique challenges. Due to several market events such as the infamous “May 6 Flash Crash” in 2010, HFT has come under criticism. The “May 6 Flash Crash” was an event that took place on May 6, 2010, when the Dow Jones industrial average unexpectedly fell by 600 points, and then recovered, all within a few seconds.

This has resulted in regulators from across the world putting forth proposals aimed at curbing current HFT practices.

HFT has already made a deep impact on society and its investors in several ways. The impact is both positive and negative.

It is believed that the high number of trades typically entered by HFT traders results in greater liquidity in the markets. HFT firms contribute to over 50% of the equity turnover by volume in some major markets and play a critical role in providing order flow, increasing the liquidity level.

Traditional liquidity providers such as market makers now earn rebate fees by leveraging on HFT strategies to make up for the loss of income caused by smaller spreads.

While many have concerns that HFT trading can hurt market stability, a new academic study shows the practice contributes to market stability. Since the so-called flash crash of 2010, concern has been raised about HFT’s relationship to extreme price fluctuations.

The study by Jonathan Brogaard from the University of Washington, found that HFT firms trade in the opposite direction during extreme price jumps and supply liquidity to non-high-frequency trading firms as well as contribute to market stability.

In addition, the study shows that during normal times, HFT firms as a whole demand more liquidity than they supply, but during times of financial stress, they provide more liquidity. However, critics like Joe Saluzzi argue that the use of dates from Nasdaq as well as using one asset class, stocks, added to the inaccuracy of the study.

The use of algorithms and computers in trading has resulted in the prices of securities being updated more frequently and more accurately.

A study from NYSE Euronext shows that quoted spreads from 2007-2009 were lower than those from 2002-2006, a period when HFT was relatively less prevalent. This indicates that HFT has resulted in traders providing the most competitive bid-ask prices and in spreads narrowing.

Also, HFT has enabled smaller spreads and lower trading costs, and these benefits are passed on to individual customers who invest indirectly in the markets through mutual and pension funds.

Bill Conerly in an article published by Forbes in 2014 titled: “HFT explained simply,” argues that HFT is secretive and mysterious, but not at all evil. It makes the stock market more efficient and helps small investors who trade at random times over the day.

HFT has led to a significant increase in the trading volumes of exchanges and electronic communications networks (ECNs). In 2008, the number of equity trades at both the NYSE and Nasdaq grew by more than 80% compared to a growth of 76,7% for NYSE and 56,2% for Nasdaq in 2007. This growth has led to higher revenues and transaction fees for both exchanges and ECNs.

Some institutional investors allege that certain HFT strategies look for repetitive trading patterns and front-run the institution by detecting an incoming order flow, after which the HFT system buys the same security and then turns around and sells it to the institution at a slightly higher price.

Such strategies from HFT participants may adversely impact the strategy and impact costs for these institutional investors.

Since HFT involves rapid intraday trading with positions generally held only for minutes — or even just seconds —it can give rise to price fluctuations and short-term volatility. Given that HFT volumes are normally a relatively high percentage of overall trading, the price fluctuations caused by this strategy can lead to overall volatility on the market. Also, the practice of making trades and instantly cancelling them only to trigger automated buying from other firms is an ethical issue that has been questioned by many analysts. The more volatile the stock price usually is, the wider the bid-ask spread. HFTs tend to narrow the bid-ask spread by protecting the market makers from bad news while they hold their positions. Thus, lowering trading costs.

Disadvantages to the smaller investors

HFT firms leverage on special services such as co-location facilities and raw data feeds, which are typically not accessible by smaller firms and retail investors as they are not able to make the required investments. This places these smaller firms and investors at a disadvantage. In addition, some HFT firms often enter trades just for the liquidity rebate, but this adds no value to the retail or long-term investor.

With the advent of cybersecurity risk and terrorism, the use of algorithms in financial markets, HFT looks like a pretty haven for potential terrorists or criminals. According to Nick Baumann in an article published by Mother Jones in 2013 titled: “Too Fast to Fail: How High-Speed Trading Fuels Wall Street Disasters,” the problems caused by algorithms appear to be mostly accidental so far. But what if someone designed a programme intended to wreak havoc? John Bates, a computer scientist who, in the early 2000s, designed software behind complicated trading algorithms, worries that the kind of tools he had created could end up in the wrong hands. Fears of algorithmic terrorism, where a well-funded criminal or terrorist organisation could find a way to cause a major market crisis, are not unfounded. This type of scenario could cause chaos for civilisation and profit for the bad guys and must constitute a matter of national security.

For a more detailed explanation regarding the origins of HFT, read Michael Lewis` (2014) book titled: “Flash Boys: A Wall Street Revolt.” This is a must-read book for both traders and regulators of stock exchanges. In the book, Lewis alleges that the market is “rigged” in favour of high-frequency traders. Sasha Planting (2015) in an article titled: “Will high-frequency traders cause market crashes?” argues HFT hasn’t come out of nowhere. Its evolution began in the 1970s with the introduction of computerised trading. By the 1980s programme trading was widely used between the S&P 500 equity and futures markets.

The JSE introduced electronic trading in 1996. This marked the end of days when traders shouted buy and sell orders on a stock exchange floor, known as open outcry.

By 2001 algorithmic trading had gained widespread attention with research that showed how algorithmic strategies could consistently outperform human traders.

In conclusion, HFT is critical given technological advancement in financial markets and should be allowed. However, there is a serious need to regulate their functions to avoid potential risks and misuse. Authorities argue that HFT is now firmly entrenched in global market structures.

It is estimated that HFT now accounts for more than 50% of all trading volumes in US and EU markets. Over the last few years, HFT has grown rapidly not just across various regions. HFT has become important in terms of efficiency, liquidity, correct pricing, fairness and stability. Africa must not be caught unaware of these developments in the financial markets.

Thanks to countries like South Africa which have already come on board. It is high time countries such as Zimbabwe realise the benefits of adopting such platforms given where the world is going, especially with the introduction of 5G in China and other countries.

Alexander Maune is a Talmudic scholar, researcher and consultant as well as a member of IoDZ. He writes here in his personal capacity.