Friends look back fondly on Shepherd of the Streets | News, sports, jobs 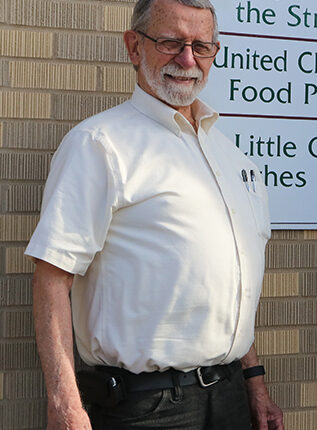 If you think of Dr. J. Morris Smith speaks, those whose lives he has touched always seem to find the word “compassionate” go into their memories of him.

Jim Foran first met Smith before he was ordained a Deacon of the Diocese of Scranton, a position he held from 1993 to 2020 and last served in the Parish of St. Joseph the Worker.

“I’ve always admired Morris. His gentleness, his knowledge and his compassion for different people. “ said Foran.

Smith, who died on September 15, also served as shepherd of the road for 20 years.

“I know it’s demanding work and you have to deal with one or the other crisis every day. He left his mark on the community that dealt with many of the most vulnerable people in our community. He had great counseling skills and was known for many things in the community, but most of all for his scripture study – his knowledge of the scriptures. “ Foran said, adding that Smith led a Bible study for several years.

A Bible student, Smith “Passed on his knowledge to the larger community” said Foran.

Smith was together with his 62-year-old wife Barby the founder of DOULOS-Servants of the King, an ecumenical crisis and training house in Ralston. He also acted as its director.

Even on Shepherd of the Streets, his pairing skills were asked at different times, Foran said.

Foran recalled the days Smith assisted families dealing with the death of a family member and helped with funerals for marginalized people.

On a personal level, Foran described Smith at times as understanding and funny.

“He had a keen sense of humor there. We had many memories of events and celebrations and dinners and ups and downs. “ said Foran.

Ann McDermott, a retired secretary at St. Joseph the Worker, worked for Smith for 25 years. She remembered Smith as “wonderful person.”

“He just took the time to help anyone who needed help,” said McDermott. “I knew when they asked him to be the shepherd of the street, he would be the best shepherd he could be. He was such a giving person. He would give you the shirt off his back. “

“He was compassionate but firm” she said of his work as shepherd of the streets. “He did it gracefully. He did it without you feeling bad. “

Gwen Bernstine, who recently retired as the director of the United Churches of Lycoming County, shared her personal memories of working with Smith for over 29 years.

“His ability to really connect with his customers when he was a shepherd. He would try to really understand their positions. The other (thing) I really liked about Morris was that he looked at how his clients interacted with other people in our society, and if they didn’t understand his clients, he would help them. “ said Bernstin.

“He had this amazing way of helping other people, being compassionate. But it was more than that; it helped them understand “, She added.

Shepherd of the Streets’ work is focused on helping people with medical problems.

Bernstine gave examples such as the help of a doctor in dealing with a customer who had no health insurance and who could not afford expensive medication. Or when there was someone who couldn’t read, who didn’t speak to him, as she put it “Medical speaking”, or to help the people he worked with understand instructions from doctors.

His empathy extended to all people he worked with, regardless of their background.

“It was often clearer with his customers, but he made us think more about it.” said Bernstin. “He made us pay attention to who we talk to, not just who.”

She said she felt Smith was spending his “Life works hard to see the image of God in everyone.”

“It was always about seeing the real person God created” Bernstine added. “He just appreciated everyone’s way and journey. He always wanted the best for everyone. “

She said his service in Texas included working with Hispanic salespeople and the San Antonio barrios.

“He was a lover of Mexican food” said Bernstin. “He could tell where the real Mexican food was here.” she added with a laugh.

“He made the best beef brisket you’ve ever had.” said McDermott.

“You can get the boy out of Texas, but you can’t get Texas out of the boy. He was a real Texan. “ McDermott said about Smith, who was from Texas.

“He and Barby were the most hospitable people” McDermott added.

Bernstine said that Smith stayed close to his family and was happy to announce each time a new grandchild was born.

“He was a very relational person on all levels.” said Bernstin.

For his work with the underserved, Smith received the St. Vincent Humanitarian Award, the YWCA Racial Justice Award, and the Pickelner Brotherhood Citation.

Analysis: The end of the holiday brings uncertainty to UK jobs and the economy