Donald Trump said that he would shortly be leaving Walter Reed military hospital, where he has spent the last three nights being treated for coronavirus.

“I will be leaving the great Walter Reed Medical Center today at 6:30 P.M. (ET) Feeling really good!” Mr Trump wrote on Twitter. “Don’t be afraid of Covid. Don’t let it dominate your life. We have developed, under the Trump Administration, some really great drugs & knowledge. I feel better than I did 20 years ago!”

White House physician Dr Sean Conley said that Mr Trump’s “clinical status” supported his departure from the hospital but warned the president “may not be entirely out of the woods yet”. Some of Mr Trump’s advisers urged him to remain in the hospital as recently as this morning.

The president sparked intense criticism on Sunday evening after he briefly left Walter Reed in an SUV to thank supporters who were gathered outside the facility. Critics accused him of conducting a political stunt that put his driver and secret service team at risk and broke CDC protocol. Dr Conley on Monday defended the SUV ride.

Here are the coronavirus drugs Trump has been prescribed. Plus, Aime Williams and Demetri Sevastopulo break down what else we know about Trump’s Covid-19 infection. (FT, WSJ, CNN)

Iran’s stock-buying frenzy gives way to market fall The benchmark Tedpix index saw record gains earlier this year after share sales in state-owned companies encouraged a new generation of Iranians to buy stocks. But the index has since slumped about 28 per cent, trading below 1.5m points on Monday, in what analysts say is one of the most dramatic swings on record. (FT)

Google defers enforcement of app store fee in India The company postponed the enforcement of a 30 per cent fee on some in-app payments from September 2021 until April 2022 after facing an outcry from more than 150 start-ups in India. A decade-long legal battle between Google and Oracle finally reaches the US Supreme Court this week. (FT)

Thousands of companies sue US over China tariffs More than 3,500 companies have filed lawsuits against the US government over its tariffs on China in recent weeks, demonstrating the extent of unhappiness among businesses over Donald Trump’s trade wars. (FT)

Discoverers of hepatitis C virus win Nobel medicine prize The Nobel Assembly said on Monday that research carried out by Harvey Alter, Charles Rice and Michael Houghton in the 1970s and 80s made a “decisive contribution to the fight against blood-borne hepatitis”, calling their work a “landmark achievement in the battle against viral diseases”. (FT) 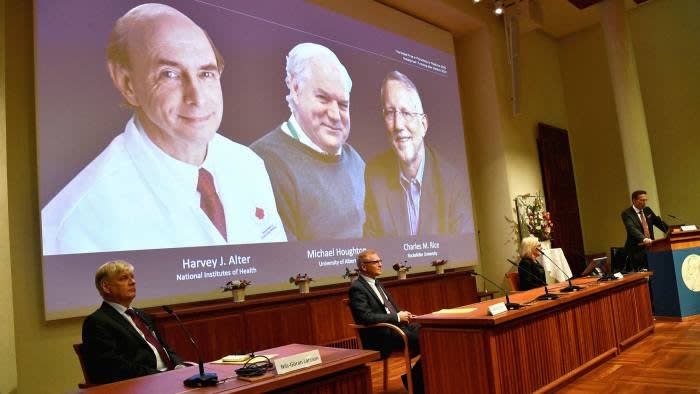 Harvey Alter, Michael Houghton and Charles Rice, all pictured on screen, are announced as the winners of the Nobel Prize for medicine at the Karolinska Institute in Stockholm, Sweden © Claudio Bresciani/POOL/EPA-EFE/Shutterstock

Business ethics guru accused Dov Seidman, author of a bestselling book on moral leadership, has been accused of cheating investors out of millions of dollars when he sold his business ethics consultancy LRN to a private equity company in 2018. (FT)

Reserve Bank of Australia The central bank is broadly expected to keep its rates on hold at 0.25 per cent at its meeting on Tuesday. (FX Street)

UK Conservative party conference ends Observers will be closely watching on Tuesday whether the party will show a common front under Boris Johnson’s leadership, as he deals with a backlash from his own backbench relating to the latest Covid-19 restrictions. (FT)

A new cold war Once again, the US is facing a rival superpower, military tensions are taking shape and a conflict is being framed between the free world and a dictatorship. In the first of a new FT series, Gideon Rachman explores how deteriorating US-China relations feel eerily familiar. (FT) 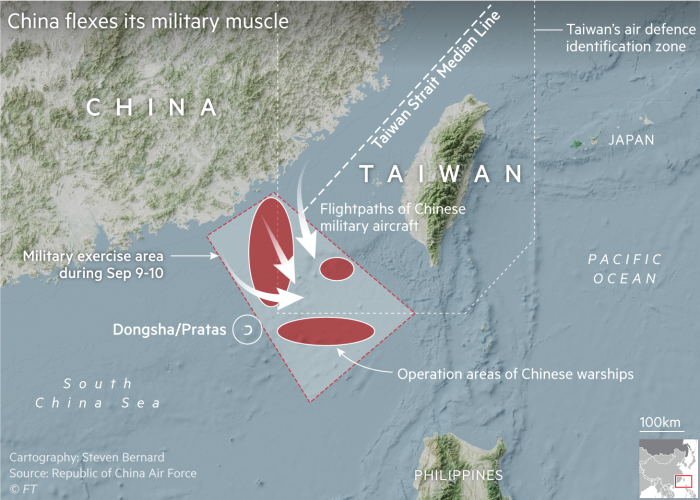 Test before you board is the only route back to air travel If flying is to resume, governments, regulators and the industry need to move towards a common system of assuring themselves, and passengers, that people flying are infection-free, writes Michael Skapinker. (FT)

US, Europe and UK must unite to keep Chinese tech at bay With China singularly focused on catching up on new technologies that can propel them closer to military and economic supremacy, the time for complacency is over. The west needs a strategy to remain competitive, writes
Anja Manuel. (FT)

Citi’s new boss Jane Fraser faces hard choices Citigroup is not the strongest of America’s big banks. It is the most interesting, writes Rob Armstrong. The job for Jane Fraser, its next chief executive, is to make it a bit more dull. What makes Citi so fascinating and Ms Fraser’s task so hard, is the bank’s history. (FT) 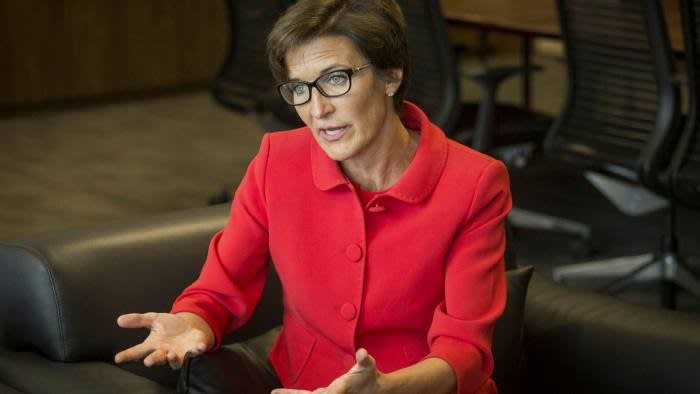 Save the planet — and make money Catastrophic climate change is humanity’s biggest challenge. It may also represent the most spectacular investment opportunity of our lifetimes, writes John Thornhill. Meanwhile, the Amazon rainforest is close to becoming an open savannah because of the climate crisis, researchers say. (FT, Guardian)

Samsung mounts 5G offensive Samsung Electronics may be finally poised to make meaningful inroads in 5G, where it has long lagged behind global peers, thanks to rollouts across the world and campaigns by US allies to block Huawei. (FT)

Alone at the top Tidjane Thiam made Credit Suisse profitable again. But the Swiss establishment rejected him as an outsider and a scandal led to his abrupt ousting. Here’s an inside look at how banking’s top tier lost its sole black chief executive. (NYT)

How to keep a booze business alive While other wine merchants fumbled their way through social media for the first time as countries entered lockdowns, Shop Cuvée founders Brodie Meah and Max Venning carpet-bombed their Instagram Stories with videos of themselves sabring the corks off rosé bottles, shucking oysters and delivering drinks by bike. (FT) 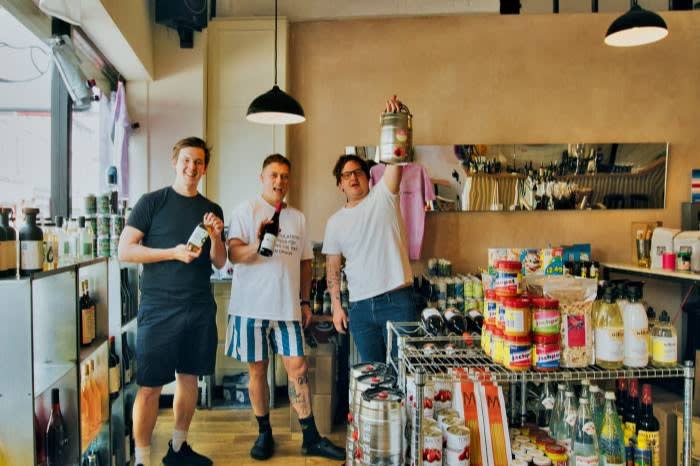 How coronavirus has stepped up geopolitical rivalry In an exclusive interview, Sir Alex Younger, codenamed ‘C’, who has stepped down from his role after 30 years at MI6, tells FT editor Roula Khalaf the global pandemic has redoubled the secret service’s mission and increased its myriad challenges.