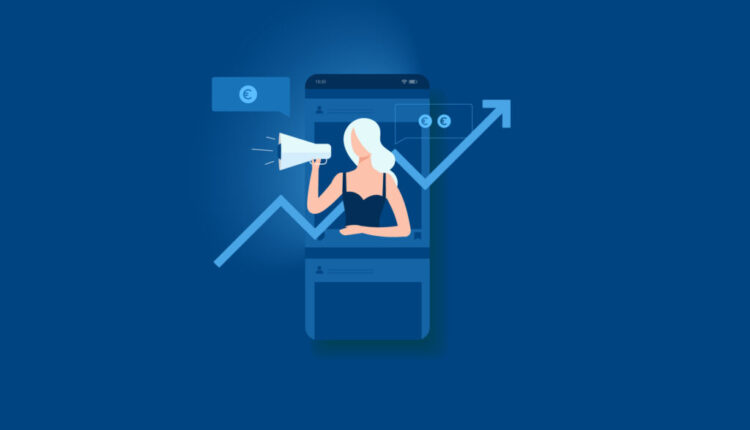 The numbers show that Searches for useful and simple information are increasing in social networks and online communities. 71 percent of centennials and millennials value financial information come from someone like them, compared to 48 percent of the baby boomer generation (born in the 1950s and 1960s), reports New Morning Consult. In addition, another survey published by financial advisory firm MagnifyMoney Advisor in January 2021 found that nearly 60 percent of investors under the age of 40 belong to investment communities or forums, and 46 percent had turned to social networks to find out about investments in the previous month (according to preference for YouTube, TikTok, Instagram, Twitter, Facebook groups and Reddit).

The market for influencers is in full expansion. This trend has proven to be an opportunity not only for the influencers themselves – or those who want to become one – but also for companies that see an opportunity to promote their products or services.

‘Finfluencer’ win of those visits on their digital profiles, either by monetizing views of their channels, selling investment courses through sponsorship, or by introducing promotional content. the Transparency problems start when They don’t point out the risks are associated with the mentioned products and strategies or when Advertising content is not properly described as such. And it gets worse when their followers are due to a lack of financial education Don’t understand the complexity in the markets and are not aware of the risks linked to the information they receive on social networks.

Many of those who create YouTube content add a disclaimer to each video warning that the information and opinions they provide are educational in nature and should not be construed as investment advice, so you are not responsible if it is used improperly. Others place this disclaimer in darker places like the channel description page where their followers barely see it. And on social networks like TikTok and Instagram, they are disappearing almost entirely, although the network itself adds a warning message on the general page for hashtags that it has identified as sensitive.

It is also important not to forget how Algorithms for social networks Job, Recommend similar content to what the user is currently seeing. In this case, a user could first view educational content with accurate, proven information that weighs the benefits and risks, but end up viewing other, less credible content that hides hidden interests or is actually fraudulent.

For these reasons, the supervisory authorities pay attention to this content. In Spain, Rodrigo BuenaventuraThe chairman of the Spanish financial market regulator CNMV has urged influencers and public figures to act responsibly in order to prevent “investors falling for offers that may be flawed or even fraudulent”.

Montserrat Martínez Parera, the organization’s deputy chairman, assessed the young people’s digital knowledge and familiarity with social networks as positive: “It is an opportunity for them to get in touch with the investment world and get advice. These new options are certainly useful and interesting. ”But she also warned against changing her investment behavior, the risks of turning it into a“ video game ”and the increasing presence of unregulated products that could become a breeding ground for fraudulent activity.