Energy erupts: is this real? 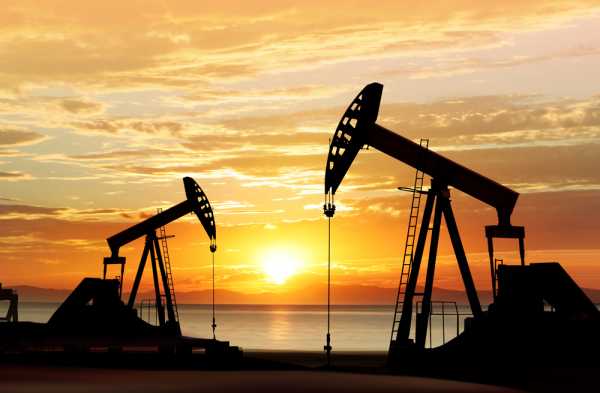 With the bond market responding to the announcement with sharp sell-offs, yields now seem tempted to price in inflation. A clear re-evaluation of the assets that will benefit from higher returns is evident. While much of the leading data suggests that economic growth will slow in the coming months, it is important to remember that when the bond market makes a move, it is generally the right move and investors should be careful.

With yields rising and the yield curve steepening, one of the biggest beneficiaries of this shift has been the energy sector, namely oil and oil-related stocks. With crude at the helm, the energy sector appears to be breaking a major technical resistance point, a potentially bullish outcome for the immediate future.

The fundamental rationale for crude oil and energy-related stocks, especially in exploration and production, remains optimistic. The sector has been capital poor since 2014 and will continue for at least the remainder of 2021 and 2022. Constantly increasing ESG pressure will only intensify this dynamic in the coming years. The energy sector will remain one of my favorite jobs for the next few years.

In combination with attractive valuations on both a relative and an absolute basis, the conditions for a continuation of this bull market have been created. With the energy sector still only accounting for around 3% of the S&P 500 index, despite having risen around 150% since March 2020, there is still a lot of upside potential.

As long-term investors become more optimistic about the sector, the question arises. Is this outbreak the catalyst for the next step up?

While breakouts above well-defined horizontal resistance levels are inherently bullish and represent excellent opportunities for tactical trading, the signals from the many indicators that I observe not only technically but also from a sentiment, fundamental and macro perspective are mixed.

From a longer-term perspective, it is encouraging to see how commercial crude oil hedges (i.e. smart money) have reduced their short positions in the futures market to the lowest level since the beginning of 2020, as shown below. The producers themselves are now fully net long (not shown), an encouraging development as the producers’ hedging position tends to be short rather than long.

Producers use the futures markets primarily as a means of hedging downside risks against falling oil prices. In addition, the managed money futures positions (not pictured), which consist primarily of hedge funds and CTAs, have had their smallest net long positions since March 2020. It pays to pale managed money as these market participants are effectively just trend followers. and are therefore routinely long on market highs and short on market lows.

However, as you will notice above, small speculators remain strong net long, which clearly shows that investors are betting on continued reflation trading.

The futures curve itself remains in the state of backwardation, a situation in which the prices of contracts with shorter terms exceed those of contracts with longer terms. The forward structure of futures contracts is by no means a predictor of future prices, but rather reflects supply and demand in the oil market. A state of backwardation as we currently have it is representative of a deficit, that is, the demand for immediate delivery exceeds immediate supply. This was the case for most of 2021.

The shape of the conceptual structure is a very useful tool in assessing the underlying fundamentals of the market. Backwardation implies a deficit, which means that inventory has to be drawn down to meet demand. This is the opposite of what happened in March 2020 when the short-dated contracts turned negative in a state of steep contango, reflecting the global evaporation of demand caused by the initial COVID-19 lockdowns. Most profits in the energy markets are made when the curve is in either backwardation or falling contango.

However, it is in times of falling contangos that the most impressive returns are made in the energy markets. In fact, as recently noted by SentimenTrader, backwardation is more closely related to periods near market highs, with six to twelve months of subsequent returns that have been historically negative.

Although it must be said that this analysis has very little relevance for the immediate future as the curve is likely to shift from backwardation to contango before such market declines, which hopefully is a reasonable warning sign upfront. For the time being, the backwardation of the maturity structure on the futures market supports this latest outbreak.

Turning now to the technicals, as we can see below, the breakout in Crude Oil was accompanied by daily DeMark 9 and 13 sell signals, a sign of potential trend exhaustion.

It’s hard to argue that this clear breakout is not bullish from a purely technical point of view, although we have yet to see the broad energy stocks following the path of crude oil. The XLE energy sector ETF sits right on a level with strong overhead resistance. A close above 56 would be a bullish result and a confirmation of the breakout in crude oil.

However, the XOP ETF appears to confirm the bullish breakout in oil. This is not surprising as XOP encompasses the oil and gas exploration and production companies whose price actions are something of a leveraged game with the oil itself.

While the fundamentals are strong and the technicals may look bullish, not every indicator confirms this breakout. First, we are on the brink of the worst months in history for crude oil. While I would never base my investment decisions on seasonality alone, as I prefer a holistic approach that combines fundamentals, technicals, sentiment and macros, one thing is certain that a long position in crude oil in the fourth quarter is historically dangerous .

From a sentiment perspective, investors went from pessimistic to downright euphoric within a few weeks. We can see this by looking at the Energy Sector Bullish Percent Index ($ BPENER) which is maxed out at 100.

And if you look at the XLE Optimism Index (Optix).

While inflation could accelerate further on the basis of the rate of change later this year, it is clear that the leading indicators of the economic growth cycle are still pointing to a short-term slowdown in growth. I discussed this at length in a recent post. This message is confirmed by the Atlanta Fed’s GDPNow forecast for real GDP growth for the third quarter. That estimate has just been revised downwards again to an annualized quarterly real GDP growth rate of 1.3% from 3% last week.

As a result, we are beginning to see divergences between the performance of energy and several growth-related market indicators that do not support recent positive price developments. First, despite the bond sell-off in recent weeks, the dollar has continued to recover. Since the dollar and energy are very negatively correlated, one will eventually catch up with the other.

Could the dollar be confirming the slowdown in growth message? Seasonality suggests that this could be the case.

Just like the copper-gold ratio, another historically good indicator for assessing the current macroeconomic environment. That ratio has yet to confirm the energy outbreak and has continued to hit lower highs since May.

As the bond market and various equity sectors look like they are trying to price in a resumption of reflation trading, leading growth indicators have yet to follow. Since the bond market in particular is generally running right, it is quite possible that energy prices will continue to rise in the final months of 2021 until March.

However, until we see a growth pickup reflected in the leading data, and given the potential headwinds at the macro level and the euphoric sentiment towards the energy sector right now, it’s tough tactically to see this breakout as anything more than a potential trading opportunity.