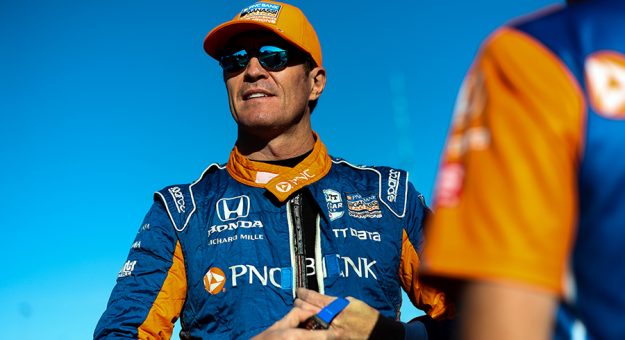 Scott Dixon was the fastest in the final practice session of the NTT IndyCar Series on Saturday at Portland Int’l Raceway. (IndyCar photo)

PORTLAND, Oregon. – Alex Palou almost did the hat trick of speed by sweeping both workouts and taking pole at Portland Int’l Raceway.

Palou finished fourth in PNC Bank Honda’s No. 10 at 59.7467 (118.340 mph) and topped the charts with a minute to go in the final practice session before Dixon topped his pace first. Newgarden and Jones were also able to drive faster than Palou at the checkered flag.

Palou, a second year rider from Spain, started the weekend 10 points behind World Championship leader Pato O’Ward. Palou won pole at Sunday’s Portland Grand Prix on Sunday. So he got one point in the championship and is effectively nine points behind O’Ward.

However, the point for the pole will only be awarded after the race on Sunday.

Sunday’s race will be aired on NBC and will begin broadcasting at 12 noon Eastern Time. Shortly afterwards the green flag flies.

There are still three races left in the 2021 season of the NTT IndyCar Series.

Will Delta delay the Fed?