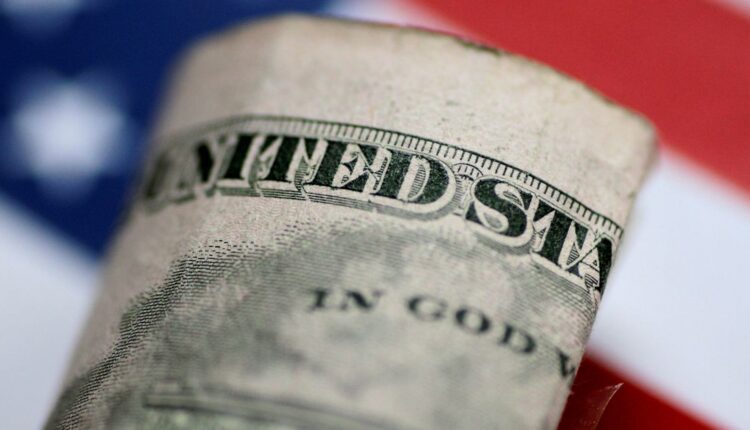 ORLANDO, Fla. Oct. 11 (Reuters) – The dollar is at a crossroads after rallying 5% in four months as many investors judge how much of the Fed’s bond buying and future rate hikes are priced in and if they are still further The rise in US yields will have “good” or “bad” reasons.

Not hedge funds that keep sucking up dollars, however.

The latest positioning data from US futures markets shows that hedge funds and other speculators increased their net long positions against a number of global currencies significantly for the 12th consecutive week in the week ending October 5.

The total net long position is now $ 22.5 billion, the largest since June 2019, while the $ 7.2 billion increase from the previous week was the third largest in more than three years.

The dollar’s bullish stance couldn’t be more broadly based.

The surge in US bond yields – nominal, real, and relative – is clearly all the speculative forex trading community needs to see.

Hedge fund industry data provider HFR said its benchmark currency index rose 1% in September. That may not be nearly the impressive 5.2% rise in the commodities index, but it was the best month since March last year.

Last week, the 10-year US yield rose 15 basis points, the strongest since February, and is now above 1.60% for the first time since June. The dollar has been up against a basket of currencies for five weeks and is hovering near a year high.

The question now is whether or not the factors driving US bond yields will support further dollar appreciation?

The recent surge in government bond yields has been driven by rising inflationary pressures fueled by supply chain shocks, bottlenecks and sky-high energy prices. Break-even inflation rates have risen across the curve and are now on the verge of breaking the annual highs reached in May.

All of this while the US medium-term growth outlook has clouded over, as evidenced by the recent disappointment among non-farm workers.

In short, a kind of stagflation scenario.

Goldman Sachs analyst Zach Pandl and his team argue that this is generally a constructive environment for the dollar that “tends to move differently depending on whether higher inflation reflects better growth or other factors such as negative supply shocks” .

However, when inflation expectations rise for more favorable reasons such as better growth prospects, the dollar tends to depreciate against most currencies. This is what they expect in the coming months as COVID-19 cases decline and economies open, resulting in a “moderately weaker” dollar at the end of the year.

The urge of many traders who were at the height of this dollar wave to just take profits should limit the potential for much more upside from here, at least in the short term.

But Derek Halpenny and his team at MUFG argue that the funds’ net long position of $ 22.5 billion is “not yet excessive” compared to what it was before the pandemic. You have a point. In May 2019, CFTC speculators had net dollar holdings of $ 35 billion.

They also argue that Friday’s underperforming employment report will not dissuade the Fed from its curb plan, which should be outlined next month. Momentum and fundamentals both point to a stronger dollar towards the end of the year, they say.

The opinions expressed here are those of the author, a columnist for Reuters.