Can the “Sport of Kings” come to this East Bay town? – East Bay Times 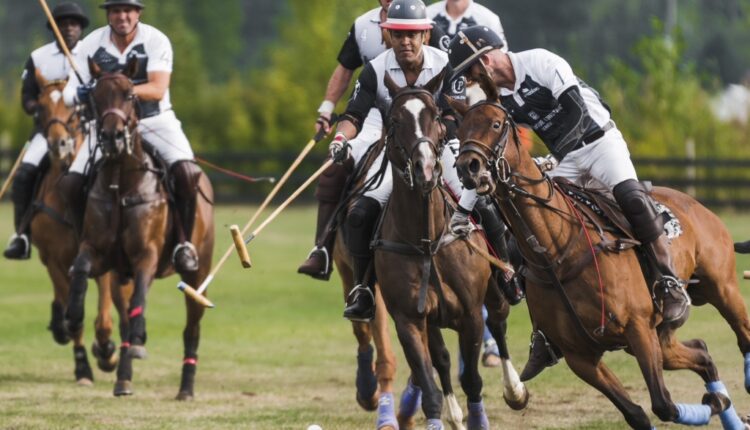 OAKLEY – As ponies gallop across a field with hammer-wielding riders, well-heeled spectators sip expensive wine and watch the action from tents where luxury automakers and other companies pitch their high-end merchandise.

This is the scene a polo enthusiast painted for Oakley City Council members last month when he tried to convince them of the possibility of hosting what is known as the “Sport of Kings” tournaments.

“Polo is the most expensive sport in the world,” said Claude-Alix Bertrand of Oakley as he argued why plans for a park the city has started mapping should include a polo field.

The city agreed in May 2019 to create a regional park of 55 acres of largely undeveloped land at the north end of Sellers Avenue, a multi-phase project valued at approximately $ 60 million that has not yet broken the ground.

As currently planned, the park would offer an extensive range of features such as multiple ball fields, hiking trails, picnic areas, and a playground. A legend on a map of the area informally known as Oakley Regional Park also lists a boathouse, paddock that 4-H teens can use to raise livestock, a community garden, basketball courts, and a kayak launch. All of these are concepts that could change once funding comes in.

The project also included the restoration of Gilbert House, a historic structure on the property that was built in the early 20th century.

Earlier this year, the city applied for around $ 8 million in government funding to set up three baseball fields and parking lots in the first phase.

Haitian-born Bertrand hopes Oakley will incorporate his dream of a polo field into later stages of the project.

Although many other residents have pondered the use of the park over the years, Bertrand is the first to suggest an additional feature since the project was officially announced two years ago.

He founded a polo team to represent his home country in international competition and is currently the editor of a magazine for those who lead the high-flying lifestyle associated with professional polo.

He put forward the idea of ​​holding one or two weekend tournaments per year in a field within the park that he predicts would attract tens of thousands of spectators and generate significant revenue for local hotels and restaurants as well as the city if, say, a sponsor wanted the venue to bear his name.

“I thought, why do we always go to the very wealthy suburbs that already have this income to host these tournaments?” Asked Bertrand rhetorically. “The world’s elite will still play polo. We’re trying to get a piece of this cake and bring it here instead. “

Vice Mayor Randy Pope was intrigued by the idea and confirmed that polo tournaments could satisfy the desire of the local equestrian community to preserve Oakley’s equestrian heritage. Bertrand added that when the field is not in use for games, it could be available for soccer, baseball and soccer games, as well as show jumping competitions for horse owners.

Alderman Aaron Meadows said he was ready to pursue the concept as long as the city benefits and wants to see a business plan. Bertrand suggested that he could work out the estimated revenue polo would generate for the city treasury or provide examples of how other venues have benefited from hosting tournaments.

Despite the warm reception of his proposal by most council members, Oakley-based Lindsay Waters raised concerns.

“I love the concept, I love the great idea of ​​what we can bring to Oakley,” she said before criticizing the city’s priorities.

Oakley doesn’t have enough firefighters, Water said, and developers are reluctant to spend money maintaining thoroughfares like East Cypress Road. Needs like this should come before polo, she added.

Resident Liz Elias weighed down with a definite thumb.

“I don’t think Oakley needs that. It suits the elitist mentality, ”she said, noting that only the rich can afford to own polo ponies. “We’re not Lafayette, Moraga, Danville, or any of the other wealthier communities on this side of the bay.”

Residents would be better served with activities that are accessible to all, Elias added. She suggested that the city build facilities such as a water park, a municipal swimming pool, an ice rink or a community theater instead.

“There are so many better options,” she says.

The council members agreed, however, that the city staff collect more information about the idea and report their results.