British Open: Judd Trump knocked out and loses first place on his birthday 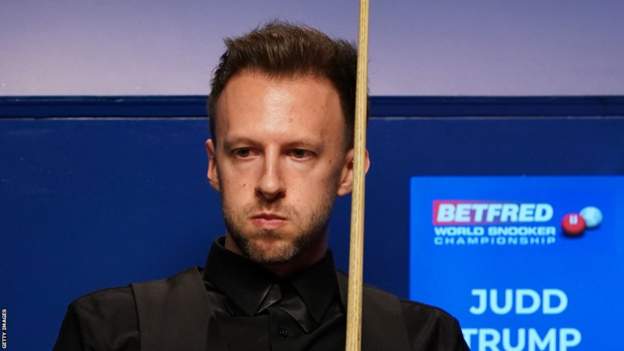 Trump scored a top break of just 33 against Slessor

Judd Trump lost in the third round of the British Open and gave up the world number one – on his birthday.

Trump, who turned 32 on Friday, was beaten 3-2 by Elliot Slessor and failing to reach the quarter-finals means Mark Selby is now number one.

Slessor set up a round of 16 meeting with Ali Carter, who beat Selby 3-0 in the second round in Leicester.

Carter reached his second 147 break of the tournament but lost to Slessor later on Friday.

Trump criticized the state of the tables in the Morningside Arena after he was knocked out.

“It was a rough game. I couldn’t get the rhythm going properly and in the end it was tough,” he said.

“I said from the first game that I was struggling with the table. I found it very difficult from the start.

“I’ve seen a lot of games and they were very rough.

“You’re only fighting for the quarter-finals, where it’s about the best of seven and a new cloth comes on the table. I think then you will see how the top players produce.”