Bitcoin doesn’t stop and manages to mark a new high. Is there strength to go further up? – CVBJ 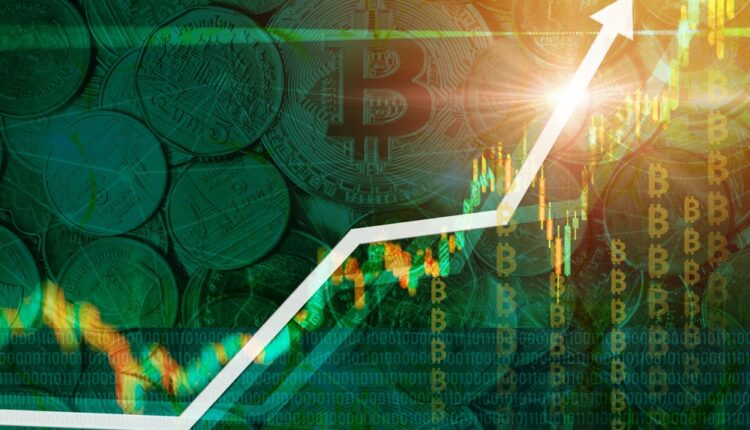 Bitcoin has jumped above its previous high, again confirming that the trend remains in the hands of buyers.

After the ETF was approved to trade this cryptocurrency on the US stock exchange, positivism increased; However, the climb has some short-term problems.

According to a review by analyst Greatest Trader, futures markets are heating up, with funding rates steadily rising near the peak before the last correction. This situation tells us about a large number of open futures positions that we could expect a short term correction if those positions take profits.

It appears that much of the recent rally was triggered by unhealthy leveraged positions. This is reflected in the divergence between the price and the relative strength index. It seems entirely possible that a setback will soon occur. The decline will not be cause for concern as long as the support remains at $ 60,937.

Now BTC appears to have consolidated over 50,000-60,000. Analyst Willy Woo thinks it’s hard to imagine falling below that range as Bitcoin consolidates into an asset of $ 1 trillion.

Will Clemente adds that 17.5% of the total circulation has moved with a capitalization of over $ 1 trillion. He closes his tweet and says that Bitcoin will stay here.

While the price continues to rise, the reserves on the stock exchanges continue to decline. This shows that long-term investors remain strong and expect higher returns.

The speed with which coins are withdrawn from the exchanges is increasing, which has a strong impact on the already limited supply.

To finish with this review of Bitcoin price after a new high is marked, let’s see what the weekly chart tells us.

As I mentioned a few days ago, price found support near $ 60,000 after being hampered by the zone of resistance created by the previous all-time high.

The buying pressure seen at this support level told us that a new high was very likely to be marked in the short term.

Now we see that this scenario is coming true. It should be noted, however, that the correction was minimal and unhealthy, barely reaching 23.60% Fibonacci, adding some uncertainty.

It is very likely that we will see another small decline in the short term, however strong fundamentals should continue to pull the price higher in the coming weeks / months.

The analyst filbfilb assures that the next big resistance will be the $ 70,000, where a big block of orders is being created by a whale on Bitfinex. Crossing this barrier would open the ground for gains that could surprise more than one.

All of our publications are informative in nature and should therefore under no circumstances be construed as investment advice.