At the request of Congress, experts deal with fodder markets 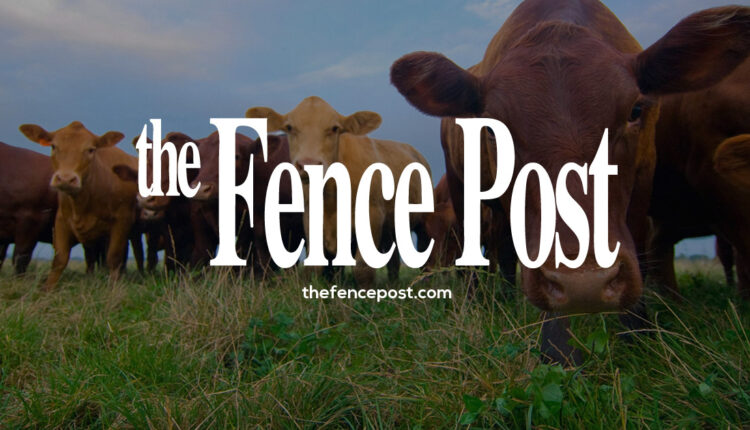 Editor’s Note: This is part of a series that will be continued over the next week by The Fence Post.

In 2020, Congress asked then Secretary Sonny Perdue to use research centers and experts across the country to examine current issues and trends in the cattle markets. The result is a 200-page book with the title “The US Beef Supply Chain: Issues and Challenges Proceedings of a Workshop on Cattle Markets” consisting of the findings and conclusions of a who’s who of economists and experts, the “extreme caution with Changes to a system that has grown organically over time to reward high quality beef production in a way that takes regional differences across the country into account. “

With regard to concentration, Fischer and Outlaw said the discussions on the price and capacity discussion for fodder cattle must acknowledge concerns about the concentration of packers.

“While this is not exactly a popular position, most economic research confirms that the benefits for ranchers from the size savings in packaging largely outweighs the costs associated with the market power of packers,” they wrote. “Research shows that there is market power, but its impact has been small.”

According to the key findings, there was general agreement among the cattle market economists surveyed that pricing in the feed cattle markets remains robust, despite the fact that less than 30% of transactions are negotiated (or cash). While some argue that imposing mandatory minimum amounts on negotiated (or cash) transactions would improve pricing in the forage cattle markets – thereby benefiting the cow / calf producer – the authors in this book argue that this could have the opposite effect , potentially imposing enormous costs that are passed on to ranchers in the form of lower prices.

Despite the still robust price fixes for forage cattle, economists found that additional transparency would generally be good as it could help build confidence in the market.

The economists questioned in the study repeatedly emphasized the cyclical nature of the cattle business. Although livestock currently exceeds available packaging capacity, they warn that this may change. This is especially noteworthy for anyone considering building additional slaughter capacity.

“As a result, the expansion of small and regional packaging capacities must be done in a sustainable and economically viable manner,” they wrote. “While the program is still in progress, the funds recently made available by the Biden administration can help meet this need for additional capacity.”

According to Derrell Peel, Charles Breedlove Professor of Agriculture in the Department of Agricultural Economics at Oklahoma State University, who authored the How We Got Here: A Historical Perspective on Cattle and Beef Markets chapter, the challenges facing the beef industry are not new, some are even stayed the same in the last century. For the most part, Peel said, the industry has avoided taking action that targets issues that Wayne Purcell said are more peripheral in nature and often address the symptoms of economic problems rather than the causes. The exception, Peel said, is mandatory country of origin labeling, or MCOOL, even though the US has repealed what he calls an adverse policy.

In the emotional responses that have accompanied the Black Swan events of late, he said it has fueled the demand for legislative action that, he said, seeks to jump to a solution without the “complex structural and behavioral issues that have brought the industry into the current situation.

“The risk is that these all-too-simple solutions will have long-term adverse effects on ranchers, industry and consumers, and jeopardize the industry’s ability to compete in the dynamic global protein markets for a prosperous future,” Peel wrote.

Proposed solutions, he said, need to carefully evaluate incentives, whether the desired outcomes are feasible or sustainable, and understand the unintended consequences and undesirable outcomes of those solutions.

The complexity of the markets is probably one of the reasons why the industry has long been plagued by controversial issues. Cow calf, warehouse, feeder, packer, wholesale, ancillary processing, grocery retail, food service and export, all involved in different scales and cost efficiencies, all contribute to what Peel calls a complicated set of markets. This, he said, becomes more complicated as the industry has grown and developed, and as international trade, value creation programs, beef imports and beef demand become more important.

Peel said producers have gone through a veritable list of perceived villains over time, including packer concentration / market power, pricing, beef and cattle imports, and futures markets. Historically, times of high cattle prices have significantly reduced producer worries only to see them revive during typical industry dynamics. The turmoil of the past two years has revived all of these concerns at the same time, adding some new ones in the form of supply chains and cold storage.

Peel said it is worth repeating Wayne Purcell’s words:

“The great danger is that all attention to short-term and very visible problems will block the recognition of long-term and structural problems, thereby preventing efforts to move to programs and policies that have a legitimate chance of helping.”

AvidXchange increases and increases the expected price range of the IPO