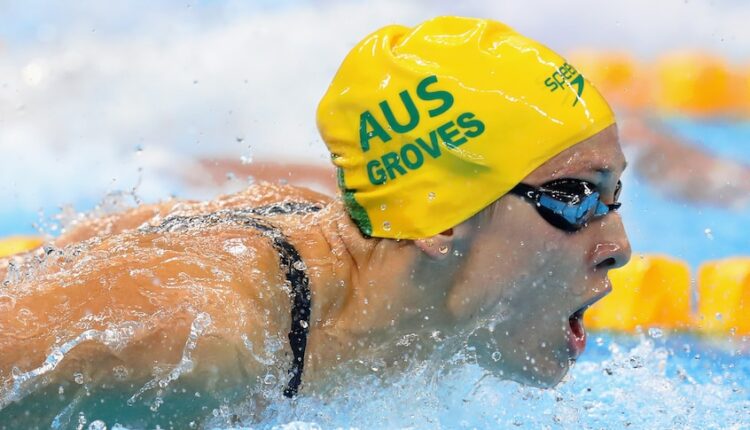 Australian sport is headed for settlement.

In every way, it was a shocking week that the ABC brought allegations of historic abuse in swimming and women’s football from News Corp.

But consider what else happened this year:

The former top gymnasts set up a non-profit organization that supports athletes who have complaints with sports organizations.

It was this report that led three former gymnasts to start their own charitable advocacy group, Athlete Rights Australia, ABC Sport revealed earlier this week.

Former gymnasts Sophie Vivian, Alison Quigley and Min Combers say they have all experienced their own trauma from abuse in sports and faced the dilemma of complaining about that abuse and finding some form of justice.

The key issue is one that Madeline Groves highlighted in an Instagram post this week in response to allegations of historical sexual abuse while swimming. A response to Madeline Groves from a current Australian swimmer regarding the resources available to handle complaints. (

How can a sports organization be trusted to investigate a complaint when that institution was responsible for hiring the people who committed the alleged abuse?

It took Lisa de Vanna 20 years to come up with an allegation that she was assaulted while she was in the young Matildas.

How common has the refrain “You never came to us with your complaint” in the sports world in recent years.

However, experts in the field will tell you that it can take an average of around 20 years for women and 25 years for men to report sexual abuse.

Even if it’s not sexual abuse, it is certainly a tremendous leap of faith to complain to an organization that you no longer trust.

Trust is the central issue

As Alison Quigley said, “When you are dealing with an agency that was originally involved in the suppression of your voice and they are the people you want to ask for help, you run into problems.”

Alison Quigley fought for justice after she was raped by her gym trainer at the age of 14. Now she wants the sport she loves to fight for its life.

There are other reasons for deterrence: The massive power imbalance for anyone who takes over a sports organization with a lawyer is one of them.

And other inherent dangers like the accusation of the victim that inevitably hits anyone willing to stick their necks out.

It is no coincidence that athletes are increasingly reaching the media or taking legal action against sports organizations instead of relying on some form of self-regulation.

But change is underway.

Sport Integrity Australia is responsible for overseeing a new complaint management process for sports organizations in that country.

Football Australia announced this week that they have chosen to allow top A league and national team athletes to file complaints about “alleged abuse, harassment or bullying”.

Complaints are heard by Sport Integrity Australia and if it decides that a hearing – for mediation, arbitration or arbitration – is needed, it will be conducted by the National Sports Tribunal.

It remains to be seen whether these organizations really work for the benefit of the individual or the sport.

Former gymnasts for the taxpayer-funded Australian Institute of Sport outline allegations of physical, psychological and sexual abuse of children dating back decades.

Nonetheless, state institutions deserve the benefit of the doubt because they are embedded in a new system.

And sport deserves the benefit of the doubt as it seeks to atone for past mistakes.

But both government institutions and sports organizations can be sure that they will be closely watched.

Still, it’s only part of the story.

While professional athletes have the opportunity to listen to their complaints, the question of protecting children in non-elite sports remains – this is where most of the complaints will come.

We are aware of the complaints that were made public this week and this year.

ABC Sport is known to have other cases currently in the hands of attorneys.

Australian sport is going through an intense period of introspection that is long overdue.

It’s no small matter – millions of Australian children play sports for the right reasons, and it is up to everyone involved to make sure their conditions are safe.

If they have cause to complain about bullying, harassment, or worse, these victims deserve to speak up with compassion and without fear.

And sports organizations deserve to be judged without fear or favor.