Alerus appoints new CEO as it builds on the momentum of the IPO, a major acquisition 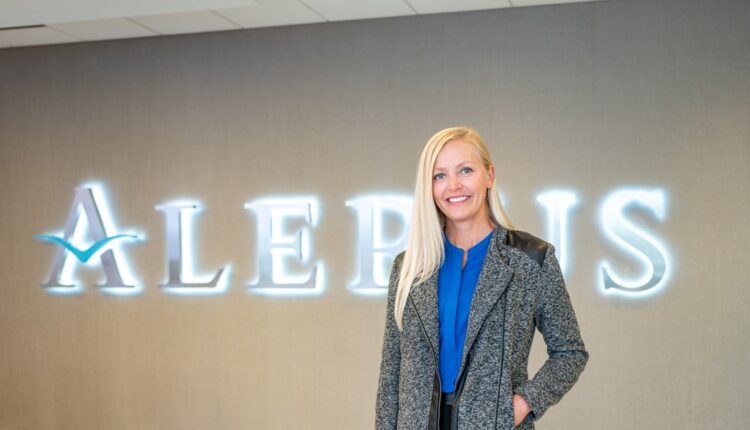 Katie Lorenson began her career in financial services when she was 15 with the bank in her hometown of Oklee. The city in northwest Minnesota was not far from Grand Forks, ND, the headquarters of what is now Alerus Financial, which has rapidly expanded its presence in Twin Cities in recent years.

Lorenson joins her promotion to President and CEO of Alerus. In January, she will succeed long-time CEO Randy Newman, who will retain his role as CEO during a transition period announced by the financial services firm in September. Lorenson will also join the board.

Lorenson joined Alerus in 2017 as Chief Financial Officer, deeply involved in strategy and operations, and headed the Banking, Retirement and Benefit, Asset Management and Mortgage businesses.

In addition to spearheading Alerus’ $ 60 million initial public offering in 2019 and listing on the Nasdaq, Lorenson has spearheaded other key initiatives such as the company’s COVID-19 response and entry into the Denver market through a Worked closely with Newman on recent acquisition.

As CEO, Lorenson hopes to build on the momentum of recent years and continue both organic growth and the company’s acquisition strategy since 2002.

“Our growth has been tremendous over the past few decades,” said Lorenson. “24 acquisitions as well as entry into new growth markets and, most recently, unbelievable success in retaining and retaining our talents as well as attracting other talents.”

She said it has been “exciting and very humbling for all of us on the leadership team” over the past few years. Alerus’ mix of offerings and focus on customers rather than products and transactions, she said, has positioned the company for continued success.

“It is what makes Alerus a strong performer today but a success going forward,” said Lorenson. “This is a consolidating industry, and without a business model and diversified range of solutions that offer customers to truly be their partner and help them grow their business or get to some place of financial success, I believe that this is what distinguishes survivors and those who thrive in this industry from those who have to sell. “

Lorenson is the first woman to serve as CEO at Alerus, although currently three of the five C-suite positions, including Lorenson’s, are women and the overall management team is evenly divided between the sexes.

Minnesota, with six Alerus locations, accounted for nearly 32% of Alerus’ 2.7 billion deposits as of June 30, from a five-person team in Twin Cities with more than 100 years of combined experience.

Alerus, which also has offices in Arizona, has acquired a retirement services company in the Denver area as part of a growth strategy focused on national expansion and continued offering of diversified financial services.

“We definitely intend to repeat what we did here in the Twin Cities [Denver] Market, albeit at a strategic and measured pace, “Lorenson said.

Her predecessor Newman joined First National Bank North Dakota in 1981, became President in 1987 and CEO in 1995.

For Lorenson, a career in financial services was inevitable after her positive work experience at her home bank where her mother worked part-time.

“In communities this size or small, the bank is an incredible partner in all areas – schools, businesses – and that really appealed to me,” said Lorenson. “That sparked my interest in the industry right from the start.”

Todd Nelson is a Lake Elmo freelance writer. His email is [email protected]