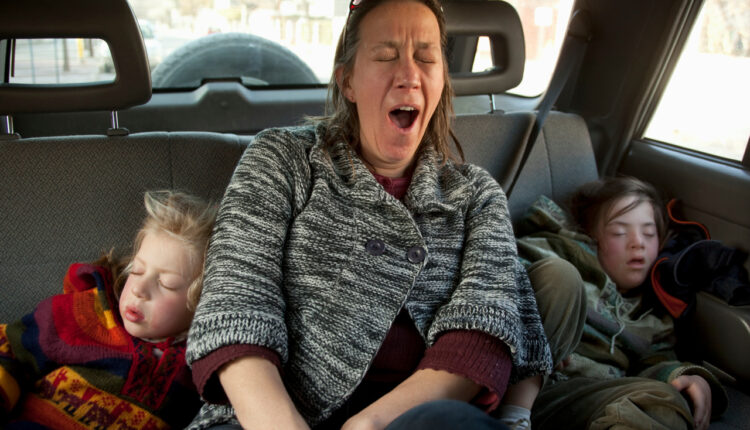 (Study Findings) – It’s no secret that many adults are desperate for sleep as parents, but a new study shows parents also run around dazed even when wide awake. The average American parent loses nearly 4,000 hours to “brain fog” while raising their child.

A survey of 2,000 American parents over 30 shows that this reduces to about 219 hours for each year of parenting. The average respondent is so distracted that they lose focus on up to three tasks per day – resulting in a loss of 36 minutes a day. Six out of ten state “the fuzziness” of not getting enough sleep and low energy because they don’t always hydrate properly (44%), miss meals (33%), and even forget birthdays (28%).

Two in five rely on their children’s activities just to keep track of what day of the week it is. On an average weekday, respondents feel most energetic around 11 a.m., but their energy breaks down three hours later. Two-thirds find that their energy levels are typically depleted at around the same time each day – 2 p.m.

The researchers, conducted by OnePoll on behalf of MitoQ, also examined the links between energy and productivity for working parents.

Parents have a permanent case of “Mondays” Of the 43 percent of respondents who work from home or in the office, more than one in three (35%) gets the “Monday blues” and calls it the most hated day of the week, another 46 percent say Monday “ just feels “long.”

If you really want a successful meeting, avoid scheduling it during lunchtime. Working parents say the most unacceptable time to call or meet up is between 12.30pm and 1.40pm, which is also the time they usually take for themselves on a busy day.

Meetings can be a strain as the average working parent says it only takes three a day for fatigue to set in. On Wednesday the energy is so low that one in five respondents have difficulty remembering details from the beginning of the week.

Even caffeine can’t cure everything

To improve their energy or mental concentration, half of the respondents use coffee and more than one in three uses energy drinks. Still, nearly six in ten (58%) sometimes feel that they will never feel fully energized again.

“Parents, especially those who work, juggle multiple tasks and therefore don’t always take the time to address their health needs,” a spokesman for MitoQ, a cell health company, said in a statement. “They’d like to have more resilience, but don’t know how to get sustainable energy and focus, so they often turn to things like coffee to get them through.”

Almost two thirds (64%) say that they could combine work and parenting better if they had more energy. With more energy or better mental focus, the average parent would prefer to be more available to have fun with their family (53%) and lead healthier lives (49%). Another 46 percent say they would pursue hobbies and other activities more often.

“The benefits of replenishing your energy during the week extend beyond the workplace,” added the spokesman. “If parents waste an average of 219 hours a year, imagine what they could do with the energy to do their job.”