Stablecoin: A cautionary tale of monkeys, cats and chips

The bad news for crypto keeps coming. Euromoney is shocked to learn of a series of flash loan attacks targeting the Feed Every Gorilla (FEG) token on Sunday. A hacker exploited a flaw in the project’s swap mechanism to use the same security 10 times to divert $1.3 million worth of crypto to 10 different addresses.

Still, the major cryptocurrency markets staged a modest recovery over the weekend following the death spiral in Terra’s UST, with the so-called stablecoin now trading at just $0.16.

Let’s look back at stablecoins because this is the only group of crypto assets that are not meant to be volatile.

They are the playing chips in the crypto casino. Investors are exchanging their real dollars for dollar stablecoins because they can more easily move tokenized dollars between crypto tables and bet on bitcoin, ether, or any other decentralized finance (DeFi) protocol they like.

If the major stablecoins can maintain user confidence and not have to sell collateral, the spillover of the recent crypto panic to real financial markets may still be quite limited

For example, as part of the Terra ecosystem, UST was often involved in the Anchor Protocol, which promised investors a 20% return, which sounded almost too good to be true to cautious people.

If investors have anything left at the end of their daily spree, they should at least be able to take home their few remaining dollar stablecoins and convert them back to real dollars one-for-one.

Stablecoin chips are essential to the entire crypto game. The two largest are Tether (USDT) with a market cap of $76 billion today and Circles USDC with a market cap of $51 billion. They compare to the JPMorgan Prime Money Market Fund (MMF), the largest of these funds, with $70 billion in assets under management earlier this year.

There could still be a future for stablecoins like Tether and USDC backed by actual fiat collateral. UST was an algorithmic stablecoin with a differentially priced sister token, Luna, which would allow users to take a dollar worth of Luna and buy or sell UST if it slipped to $98 for a modest arbitrage or rose to $102.

Arbitragers should keep UST stable. Billionaire Mike Novogratz, a former partner at Goldman Sachs and founder of Galaxy Digital — a publicly traded vehicle that invests across blockchain and cryptos — who likes to express his enthusiasm for NFTs and other digital assets for the benefit of his followers, was a fan of Luna’s characters .

It was the classic belief-based system. Belief in it just collapsed. Conspiracy theories are legion among the crypto crowd, one being that traders have dumped it to spread panic to push the price of Bitcoin itself below $30,000 before loading onto the leading crypto.

Dollar stablecoins are designed to hold a constant value of $1. When UST unpegged last week, it further fueled the broad selloff that had already lowered the combined market cap of all cryptos from $2.9 trillion in November to $1.54 billion on May 9th.

That’s still a 58% drop from the all-time high — the key question is whether it’s a dead bounce.

Euromoney has no idea where it’s headed, but Novogratz hailed its benchmark against the Nasdaq in a low-risk world when Galaxy reported a $112 million first-quarter loss on May 9.

Novogratz says crypto will trade in a highly volatile, unsettled and difficult market “at least for the next few quarters.”

Late last week, Galaxy issued an update amid the spreading panic, putting its second-quarter losses through May 11 at about $300 million. Galaxy says it has $1.6 billion in liquidity, split equally between cash and digital assets, with “the majority” of those net digital assets in non-algorithmic stablecoins.

What impact will Terra’s demise have on these non-algorithmic stablecoins? Tether and USDC differ from UST: they are backed by collateral.

Tether, the longest-lived and largest dollar stablecoin, is showing some basic information about its collateral today, with the majority being cash and cash equivalents such as short-term Treasury bills, MMFs, and commercial paper (CP) holdings of A2-and-overvalued ones issuers.

On May 12, at the height of the panic, it stated that it was business as usual and had cashed $300 million of its USDT for real dollars in the last 24 hours without incident and that day $2 billion without issue have processed.

But Tether briefly touched $0.95 that day before bouncing back to $0.999. The volume of its outstanding stablecoins shrank from $83 billion on May 11.

Tether has history. The Commodity Futures Trading Commission (CFTC) found in 2021 that, contrary to its claims, it was not 100% backed by fiat currencies between June 2016 and February 2019. Today, it reports reserves to cover outstanding coins, which consists of 6.38% investments in digital tokens, 5.27% in secured loans, 4.61% in corporate bonds, funds and precious metals, and 83.74% in cash and cash equivalents, inclusive Treasury bills and CP.

Bank of America analysts suggest that Tether’s CP holdings are non-traditional as no trader or issuer knows of Tether’s specific flow, they added. “We continue to believe that Tether’s CP holdings are likely to be acquired through issuance on the blockchain, which is not registered with the SEC or DTCC [Depository Trust & Clearing Corporation]. Tether or other stablecoins could also acquire foreign-currency-denominated CP and hedge their US dollar currency exposure.”

Circle’s USDC is backed only by cash and US Treasury bills, and this is regularly verified by accountants at Grant Thornton. It was quoted at $1 on Monday.

If the major stablecoins can maintain user confidence and not have to sell collateral, the spillover of the recent crypto panic to real financial markets may still be quite limited.

UBS points out that crypto is still not widely adopted and that only a small number of individuals own most of the market. They now see central oversight as a way to save their casino. 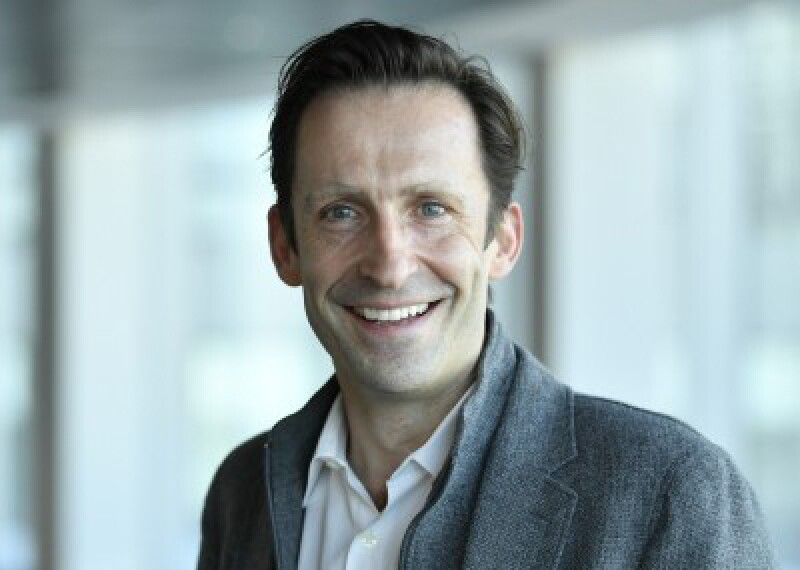 Going forward, stablecoin regulation is likely to focus heavily on collateral collateralization. When others collapse – including smaller ones backed by other cryptos, such as B. Kava’s USDX, now trading at $0.81 – only holders will care.

On Monday, Elwood Technologies — a platform that aims to provide institutional access to digital asset markets and liquidity platforms — announced that it had closed a $70 million Series A funding round led by Dawn Capital and Goldman Sachs is jointly managed.

Other prominent investors include Barclays, CommerzVentures and Galaxy Digital Ventures from Novogratz.

Mathew McDermott, Global Head of Digital Assets at Goldman Sachs, states, “With institutional demand for cryptocurrency increasing, we have actively expanded our market presence and capabilities to meet client demand.”

Last week’s panic suggests that institutional demand may have peaked for now, but crypto has seen many 50% drops and bounced back.