Zambia vote on strained polls as the economy struggles 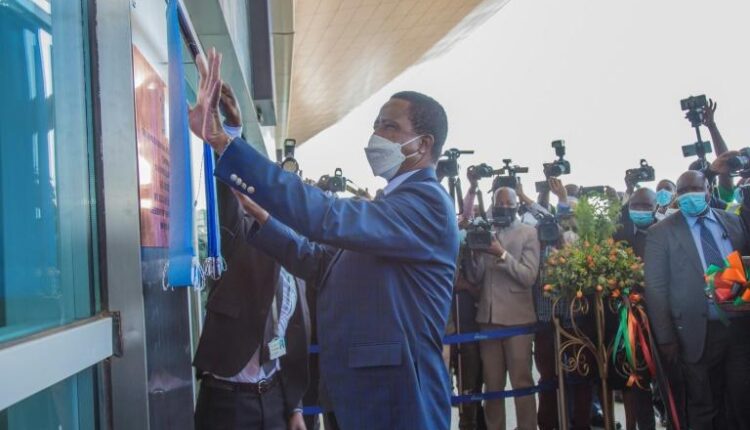 Zambia will decide on Thursday on President Edgar Lungu’s re-election after the country’s worst economic performance in decades and crackdown on dissenting fears of unrest in the South African country.

According to surveys, his biggest rival is a close election race, 59-year-old Hakainde Hichilema, who is running for his sixth candidacy for the presidency.

Hichilema has already narrowly lost to Lungu twice: in a 2015 by-election after the death of ex-President Michael Sata and then in general polls the following year.

Lungu dispatched the army after clashes between rival supporters in the run-up to the presidential and parliamentary elections, a move criticized by critics as a tactic to intimidate opposition voters.

Analysts say the outcome of the highly competitive elections will set the tone for investment in the copper-rich southern African country, where more than half of its 17 million people live in poverty.

Surveys suggest that economic hardship has undermined support for Lungu, who is accused of unsustainable borrowing to fund suspicious infrastructure projects when the cost of living skyrocketed.

In the capital Lusaka, Lungu’s green party programs of the Patriotic Front (PF) dominated the billboards that line the newly built highways and overpass bridges. They trumpet about “achievements” in construction, agriculture and youth work.

Opposition voters whose party color is red are holding back in Lusaka, a traditional PF stronghold.

Some of them even wear green, the ruling party’s color, to avoid trouble – known as the “watermelon tactic”.

“We don’t feel so safe … there is so much intimidation,” said UPND supporter William Njombo, a 42-year-old pastor who volunteers at the party’s headquarters.

Because of the Covid pandemic, only door-to-door campaigns were allowed this year instead of mass gatherings, although politicians have gathered under the guise of mask distribution events.

Government critics say the pandemic was used to thwart the opposition.

Hichilema’s team say they have been banned from entering several parts of the country, including the strategic central province of Copperbelt, and their supporters have been dispersed with tear gas.

There are also concerns about a newly created electoral roll, which some observers claim is targeting PF strongholds, and a controversial cybersecurity bill that could be used to block the internet.

“The incumbent regime will stop at nothing to manipulate the vote,” UPND spokesman Anthony Bwalya told AFP.

PF officials did not respond to multiple requests for comment.

Amnesty International warned in June that the Lungu repression had brought Zambia to the brink of a “human rights crisis”.

They noted the shutdown of independent media outlets, the detention of opposition activists and the killing of at least five people by police since 2016.

Hichilema himself claims he has been arrested 15 times since trading his business career for politics.

“The military on the streets creates new dynamics,” he added.

The US embassy in Lusaka has called on the police and military to “apply the law equally and humanely” in the “competitive elections”.

Although violence is not uncommon before the elections in Zambia, every change of power has been peaceful since the former British colony introduced multiparty democracy in 1990.

– ‘Difficult moment’ ahead of us –

Both Hichilema and Lungu apply as “people’s politicians” who promise jobs and prosperity to disaffected voters.

“Vote for change and a better Zambia”, says Hichilema’s red and yellow manifesto, which shows him in a suit and a matching red tie that signal the “way forward” with his hand.

The results in Lusaka – a city with more than 3.3 million inhabitants – and the central province of Copperbelt will be decisive in determining the winner.

“I pray we can keep the peace,” said Sydney Chilonga, a stylish 21-year-old with sunglasses who sells clothes to make ends meet.

“I think it’s going to be a difficult moment for us.”