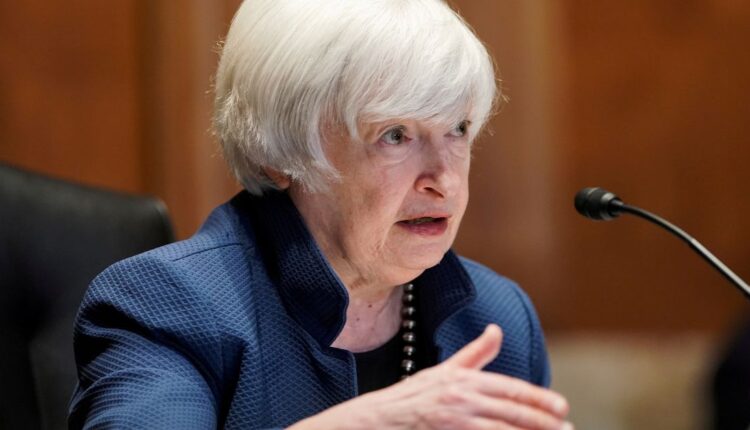 Harris and Yellen praised a new Treasury Department report that highlights the failures of the current privately funded childcare system and shows the positive impact of increased public spending on women, families and the wider economy in President Joe Biden’s $ 3.5 billion bill .

“This is a fight for our future,” said Harris on her first visit to the Treasury Department since taking office. She pointed to estimates that if women were employed as quickly as men, US gross domestic product would grow by 5%.

Democrats negotiate Biden’s package, which would fund a free preschool for all 3- and 4-year-olds; Wage increases for childcare workers, 95% of whom are women; cut the cost of such care in half for most families; and earn a permanent child and dependent tax credit.

Implementing the proposals is “the most important thing we can do to build a stronger economy over the next few decades,” said Yellen, adding that the “contribution of childcare to economic growth is as important as infrastructure or energy”.

She shared her own search for childcare when she returned to work after the birth of her son Robert 40 years ago, and said she might not be where she is today if she couldn’t find and afford good care.

The Treasury Department said the current situation was “impractical,” saying that improved access to affordable, high-quality care – a market valued at around $ 60 billion in 2019 – had major knock-on effects on wages, society at large and employment would have.

The Internal Revenue Service on Wednesday paid out a third round of child tax credits – a vital lifeline for parents amid the expiration of pandemic unemployment benefits and the end of a federal eviction moratorium.

“If we intend to fully recover from the pandemic, if we are to be fully competitive on a global scale, we must ensure the full participation of women in the labor market,” Harris said.

A senior administration official, who spoke on condition of anonymity, told Reuters that, given the current “critical timing” of the Congressional negotiations, Harris is planning further public engagements on the legislation in the coming weeks.

The United States ranks 35th out of 37 countries ranked by the Organization for Economic Co-operation and Development (OECD) in terms of public funds spent on early childhood education and care as measured by GDP.

While France invests about $ 7,000 per child from infancy to age 5, the United States only invests $ 2,400. This, in turn, depresses the income of childcare workers, according to the finance ministry’s report.

According to the report, the average American family with at least one child under the age of 5 must now spend about 13% of family income on childcare, but Biden’s proposals would reduce that amount to no more than 7%.

With an average annual wage of $ 24,230 in 41 states, more than 15% of childcare workers live below the poverty line, forcing them to rely on public services for their economic needs, the report said.

Financial fraud has been on the rise since the pandemic began