Why the “Creator Economy” is the biggest lie in music 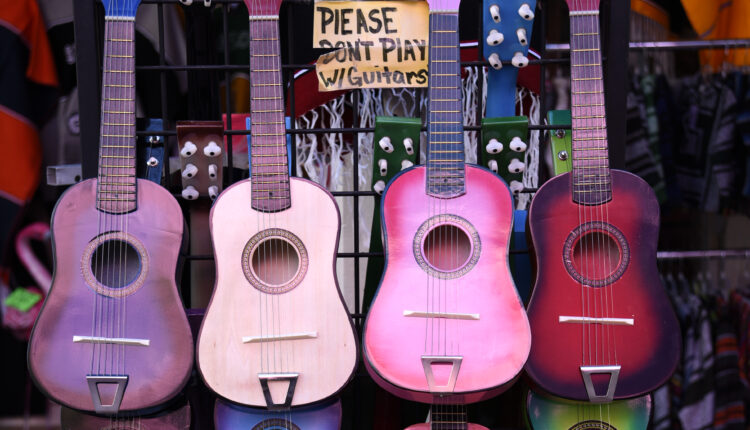 Do you want to hear the most depressing statistic in modern entertainment? It was delivered effusively last month by a beaming Jack Conte, co-founder and CEO of fan funding app Patreon, now worth $ 4 billion. “A study published a few years ago found that 75 percent of children ages 6-17 want to become online video creators when they grow up,” Conte boasted in a YouTube video. “A whole generation of kids are watching today’s creators make videos, make podcasts, turn shit with their friends, build great businesses, and make money. No wonder that these children, when they grow up, want to be creators! “

From Conte’s point of view, it is a cause for celebration that three quarters of children are planning a career as a babbler in front of the webcam. In his words, this is the cornerstone of a “second renaissance” that will turn da Vinci & Co.’s three centuries of efforts into a mere “slip in a history book”. (Yes, he really says that.)

The question to be asked in response to the 75 percent statistic is not whether the ridiculously optimistic life plan of the next generation will spawn a new creative class; it’s about what role the remaining 25 percent should play. If everyone is a creator, then who is the audience? Furthermore, in a supply and demand economy, when creators are a majority and audiences are a minority – who pays whom?

Of course, Conte shouldn’t think about the consequences. He just wants to awaken the hopes and dreams of millions of online creators, which Patreon can then reap profitably. Patreon makes money by getting into DIY entertainers’ revenues and taking a percentage of their fan subscriptions. Even if these creators individually make lean moolah, as long as there are huge quantities of it, Patreon prints cash.

In order to maintain this scale-dependent business model, Patreon, like many other tech companies serving the Creator, dangles an empty promise: If you were born to create, there will be a gold mine just around the corner. It’s this other guy, the one in the adjacent “For You” window, who is a misguided Joe Schmoe; you, friend, are a true artist, and your art is worth money!

The online influencer community should really be wary of this Kool-Aid. As proof, you can marvel at the music industry – where a new generation high on the vanity metrics of streaming are now facing the overwhelming reality of what is known as the “Creator Economy” (or as Conte and several other executives spin it, the “Passion Economy”).

Just last week, politicians in the UK After an eight-month investigation, came to the conclusion that the commercial apparatus of music streaming must be “completely reset”. But their report failed on the very first page: “Some successful, critically acclaimed artists have found that streaming revenue is ‘not significant enough to keep the wolf out of the door,'” it said.

The problematic word there: “Successful”, which – certainly deliberately – is left undefined. What is a successful artist in the democratized age of streaming?

The quote “wolf out the door” is an open reference to the celebrated British singer-songwriter Nadine Shah, who used the phrase when she presented convincing evidence for the investigation into the politicians in November. With Covid hijacking all hopes of tour revenue, Shah said she’s struggling to pay bills from streaming revenue only. She currently has 71,378 worldwide monthly listeners on Spotify – which on the surface seems like a lot. But thanks to the mass of creators now crying out for a limited audience who pays fixed subscription prices, it’s actually relatively little. Every day, Shah battles over 7 million fellow artists for a portion of Spotify’s global zero-sum license payout.

A rummage through Spotify’s license declaration “Loud & Clear” offers an insight into how relentless the minimum requirements for “success” have become. Spotify proudly announces that 57,000 artists currently share 90 percent of the royalties paid out. In 2020, Spotify paid out around $ 5 billion in music recording and publishing fees; 90 percent of that would be $ 4.5 billion. We can rightly call the 57,000 acts that share this money the Spotify Gold Club. They represent only 0.8 percent of all artists on his platform.

So if you’ve reached the Gold Club and part of the 90 percent of Spotify’s royalties, that’s a success, isn’t it? The press releases suggest that yes, but common sense probably doesn’t tell us: 57,000 individual recording artists are enough to double fill Madison Square Garden.

Where is the threshold guillotine for a “successful artist”?

A look at these detailed statistics guarantees that these 13,400 artists – the minority of over 50,000 US dollars a year in our 57,000-strong “Gold Club” – have generated a cumulative at least 2.22 billion US dollars on Spotify in the last year . More likely, they generated over $ 3 billion.

That would leave a smaller $ 1.5 billion pot that would be split among the second division of the “Gold Club” – the remaining 43,600 artists sitting below the $ 50,000-a-year limit.

Obviously, within those 43,600, the more popular artists would be claiming the lion’s share of Spotify’s $ 1.5 billion. But even if that number were somehow evenly divided among them, it would still be only $ 34,404 per artist per year. (Shah is at the bottom of Spotify’s Gold Club, with Loud & Clear counting her among the platform’s 56,000 most popular artists.)

All of this reveals a painful truth: Even among the elite 0.8 percent “Gold Club” artists on Spotify, there is a large discrepancy between successful and unsuccessful, with the majority of artists firmly in the latter category.

Wolves, please remember to wipe your feet as you enter.

Obviously the “passion economy” doesn’t work for the 99.2 percent of Spotify creators outside of the 57,000 top tier. But, as Nadine Shah pointed out, neither does it work for a significant portion of the 0.8 percent “Gold Club” elite, who are simply too far down on a growing 57,000 act appeal to make decent money streaming .

One could argue whether a revised payout model would make a difference here. If royalties were not split according to a fixed pie, but rather via a fan-centered rate-per-stream model, could this help improve the lot of low-paying artists? Some reports suggest that this change wouldn’t make much of a difference. People like SoundCloud and now Portishead would disagree.

But to say that the creativity economy works for successful musicians alone is profoundly flawed.

I want to focus again on Jack Conte, who sells his creative utopia to the 75 percent of children who want to become video artists. Conte knows that the millions of participants in his “Passion Economy” don’t just bring their uploads to the party – they bring friends, family, listeners and subscribers with them; they bring online marketing and social media advertising; all the tools to fight against the wildly stacked odds. The total of these self-launching creator advertisements across millions and billions of accounts draws a mass audience to the platforms. Tech companies make big bucks and are recruiting lots of subscribers with this creative craze.

When the prosperity of big tech from the “passion economy” meets the reality already recognizable in the music industry – that 99 percent of artists don’t make decent money online – we might see 75 percent of children throttling their interest in creators become. Perhaps artists like Shah and millions by their side will simply remove music from streaming services that do not sufficiently reward them for making their way into the top 56,000 acts worldwide.

Until then, the global scale of the “Passion Economy” combined with the desperation of attendees will keep the money going for tech companies and their supporters. And these funders are very lucky: Take investment house Tiger Global, for example, which was one of Spotify’s largest investors before cashing in most of its stake for over $ 1.3 billion in 2019. Tiger Global just led the $ 155 million investment round that earned Patreon a valuation of $ 4 billion.

In the same video announcing this round of funding, Conte says, “There are podcasters on Patreon who make millions of dollars every year. There are YouTubers on Patreon who make hundreds of thousands of dollars a month. “These people, he assures us,” are living the goddamn dream! ” On the flip side – the creators who are struggling to keep the wolves out of the door, which makes up around 99.8 percent of the people on Spotify’s musicians – it’s much quieter.

Tim Ingham is the founder and editor of Music Business Worldwide, which has been providing news, analysis and jobs to the global industry since 2015. He regularly writes a column for Rolling Stone.

Sen. Wyden: $3.5T Budget May Have to Trim but It Can Set a Path to ‘Ambitious Goals’