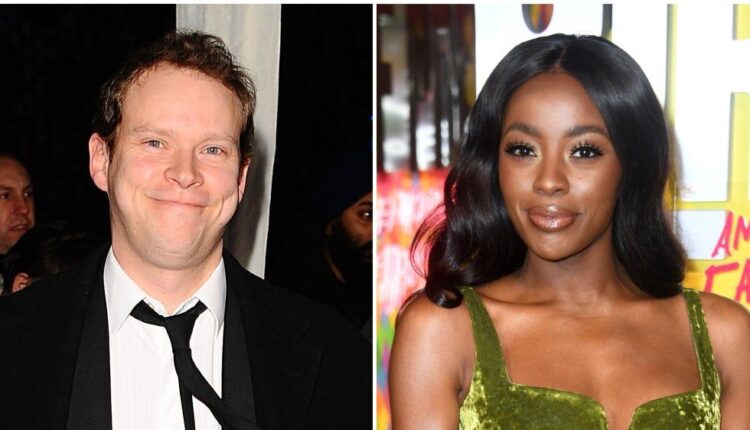 So far confirmed celebrity candidates for this year’s Strictly Come Dancing include a pop star, a TV host, and half of the double act Mitchell and Webb.

Here’s an overview of who will be doing their best on the dance floor:

Fletcher is the lead singer and guitarist for the pop group McFly, which has produced six albums and seven number-one singles.

The 36-year-old is the main creator of many of the boy band’s hits and is said to have also written songs for One Direction and Busted.

He married longtime girlfriend Giovanna Falcone in 2012 and his wedding speech, which featured some of McFly’s biggest hits, later went viral after uploading it to his YouTube channel.

The couple have continued to document their lives together, including three creative baby announcement videos that wowed fans.

The actor and comedian is best known for starring alongside David Mitchell on the Channel 4 comedy Peep Show, where he played the unemployed musician Jez, or on the sketch show That Mitchell And Webb Look.

The 48-year-old has also appeared regularly on comedy panels for Have I Got News For You, Never Mind The Buzzcocks, QI, and Mastermind.

In 2020, he had major heart surgery after a routine medical exam while filming the second series of his sitcom Back revealed that he had a heart murmur caused by mitral valve prolapse.

Webb has also produced a memoir, How Not To Be A Boy, based on his life in Lincolnshire, and in 2020 published his first novel, Come Again, with Olivia Colman narrating the audiobook version.

Odudu began her career as a reporter for BBC Blast on Radio Lancashire and then hosted the spin-off Big Brother’s Bit On The Side with Emma Willis and Rylan Clark-Neal and produced the documentary Manhunting With My Mum in Nigeria.

The 33-year-old has also done backstage reporting for The Voice UK and The Voice Kids UK.

She is a qualified personal trainer and sports nutritionist and was appointed editor for Grazia Magazin in 2021.

She recently appeared on the ITV series Cooking With The Stars and is hosting the new ITV game show Apocalypse Wow, which sees celebrities compete in a series of physical challenges to raise money for charity.

She will also co-host a one-off special on The Big Breakfast for Channel 4’s Black To Front day in September, a project celebrating black talent in the television industry, with Bafta-winning comedian Mo Gilligan.

The chef and cookery writer said, “I am so grateful, excited, and nervous to be joining the Strictly 2021 family. I’ve been wearing sequins and jazzy clothes since I was three and can’t wait to hit the most glamorous dance floor in the world at full throttle.

“What’s more exciting for me is that I’ll be half of the first all-male partnership, which is a big step forward in terms of representation and inclusion. Whoever I’m paired with, I hope they’re up for a challenge because I want our routines to include lots of spectacular lifts. “

The actor and TV presenter is best known for moderating on the children’s TV channel CBBC, where he often presents alongside the doll Hacker T Dog.

He’s also hosted some of the biggest shows in CBBC including Blue Peter, Saturday Mash-Up! and the channel’s Newsround newscast.

Stephenson is an ambassador for Place2Be, a charity that provides mental health services to schools.

He has played from an early age, first at the National Youth Theater, then at the Edinburgh Fringe and in a number of shows at the Sydenham Arts Festival.