What does the Zomato IPO tell us about the Indian economy? 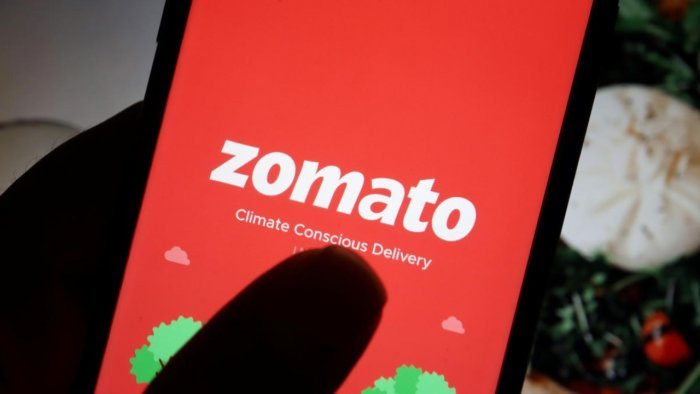 Grocery delivery company Zomato recently had a blockbuster initial public offering (IPO). For every share the company wanted to sell, it received more than 38 applications. So if someone had asked for 200 shares, they would have received roughly 5 shares. The company wanted to raise around Rs 9,400 crore through the IPO and received requests of almost Rs 3.5 lakh crore. Such was the demand.

Before Zomato, Clean Science and Technology wanted to raise just over 1,500 billion rupees. For every share she wanted to sell, more than 93 shares were requested. In terms of rupees, it received applications worth more than Rs 1.4 lakh crore.

The success of the recent IPOs has now led to many more unicorns like Zomato wanting to go public. A unicorn is basically a privately owned startup that is worth more than a billion dollars.

Other forms of investment are also on the brink. Overall, real estate returns have been in the single digits for years. Cryptocurrencies have done poorly in the past few months. This has pushed many people into stocks in general, and initial public offerings in particular, in hopes of making money quickly.

What didn’t help is the fact that small businesses have struggled for the past few years. The demonetization and a botched implementation of the goods and services tax have pushed them back. The continued spread of the Covid pandemic broke their backs. This has forced many small business owners towards the stock market. They realized that in the past 16 months, making money in the stock market has been easier than running a real business.

In addition, working from home has made trading easier for an entire generation who sit in front of their computer screens and / or use cell phone apps. The fact that Demat accounts can be opened from the comfort of your home and are cheaper than ever, along with internet bandwidth and smartphones, has helped fuel demand for stocks even further.

This can be seen from the fact that between December 2019 and March 2021, the latest available data, the number of Demat accounts increased by 40% from 3.93 billion to 5.51 billion.

And it doesn’t stop there. Until a few years ago, experts selling stocks were limited to business television and newspapers and a few websites. Cheap smartphones and a cheaper internet have led to the rise of a massive number of social media influencers, who also sell stocks like experts of yore. Some of these guys have a huge following and people take their views very seriously. When they recommend a stock or an IPO, their followers go out and buy it.

The interesting thing is that in some cases these people get paid to make referrals or get paid to direct their followers to a particular stockbroker. Of course, they won’t reveal that. Most investing influencer activity would collapse if people found out what was actually happening. Since it is shared on social media and happens 24/7, it is unregulated most of the time.

As mentioned earlier, interest rates that are below inflation are driving people towards stocks. On the other hand, the financial services industry is also overflowing with money. In this scenario, IPO financing has proven to be a lucrative business. In principle, investors can borrow money in IPO financing to invest in IPOs.

By borrowing, investors can hope to get more shares in an IPO than if they just invested their own money. After allocation, these shares can be sold on the stock exchange as soon as the share is listed and the investor can hope for a profit on the trading day.

Given the huge demand for IPO shares, not everyone will get an allocation. Therefore, anyone who wants to own a particular stock after going public must buy it from the market after it has been listed. This drives the price of the stock higher, resulting in price gains for those investors who have borrowed and invested in the IPO.

News reports suggest that the Non-Banking Finance Companies (NBFCs) are heavily reliant on the IPO financing business. This at a time when bank lending to industry only increased 0.8% last year.

Basically, we have reached a stage where the financial system is happy to lend individuals for stock speculation, but does not want to lend to the industry that creates economic activity. Of course, all lending is a two-way activity. Companies are also not in the mood to take out loans in view of the economic situation. In some cases, they still need to get out of their previous credit frenzy.

All of this has resulted in a scenario where loss-making companies that might one day make profits are valued at a very high price by the stock market. And Zomato has just started doing it. There is definitely more to come. As Americans like to say, you haven’t seen anything! Or if you chose a more local idiom, picture abhi baaki shark.

Celebrities are obsessed with these KN95 masks

How to survive a Frankenstein economy during a pandemic