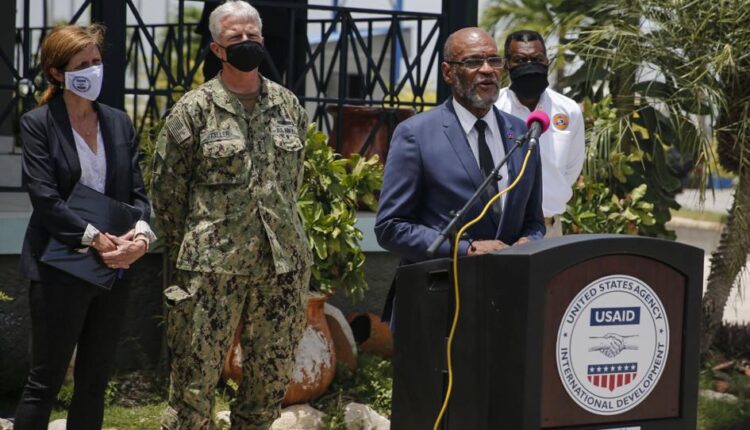 PORT-AU-PRINCE, Haiti (AP) – The United States pledged an additional $ 32 million to the victims of the 7.2 magnitude earthquake in Haiti on Thursday as the country’s interim prime minister defended his government’s response.

Samantha Power, administrator for the US Agency for International Development, said the US government learned from the 2010 Haiti earthquake and said USAID is coordinating closely with Prime Minister Ariel Henry’s administration.

“This $ 32 million in funding will provide additional shelter, health, food, water and other urgent life-saving assistance,” said Power, with help and guidance from the Haitian government. “Perhaps the most important lesson (from 2010) is that no development agency, army, or diplomatic corps can simply import a perfect humanitarian response from a distance. You need local expertise and local leadership to reach communities in need. “

The August 14 earthquake killed more than 2,200 people and left hundreds of thousands homeless in the southwestern peninsula of Haiti. Power and Henry said providing emergency shelters was a top priority almost two weeks after the quake.

As U.S. military planes brought people and supplies into the country, Henry said his administration was coordinating relief efforts despite the turmoil caused by the July 7 assassination of President Jovenel Moïse.

“The Haitian government faces many challenges,” said Henry. “We have political difficulties, we have economic difficulties, but despite all these problems we face the challenges of the earthquake.”

He denied claims that the government was in chaos. “The Haitian government is here,” he said. Since the earthquake, non-governmental organizations and US government agencies have been much more visible in the earthquake zone. For days relief efforts were hampered by the inability to safely move relief supplies and earthquake victims through a gang-controlled area south of the capital.

The government has promised more security.

Moïse was killed by a team of mercenaries who broke into the president’s residence. The investigation into his murder is still ongoing.

Attorney General Rockefeller Vincent said Thursday: “Anyone with a finger in the president’s assassination will be brought to justice.”

Vincent said the new coroner appointed this week will have all the resources he needs to conduct the investigation. The first judge appointed to the case withdrew after four days. Vincent announced a $ 60,000 reward for information leading to the arrest of three refugees in the case.

“I ask the people to keep calm and let justice do the work,” Vincent said.