Under the Taliban, Afghanistan’s economy is on the brink 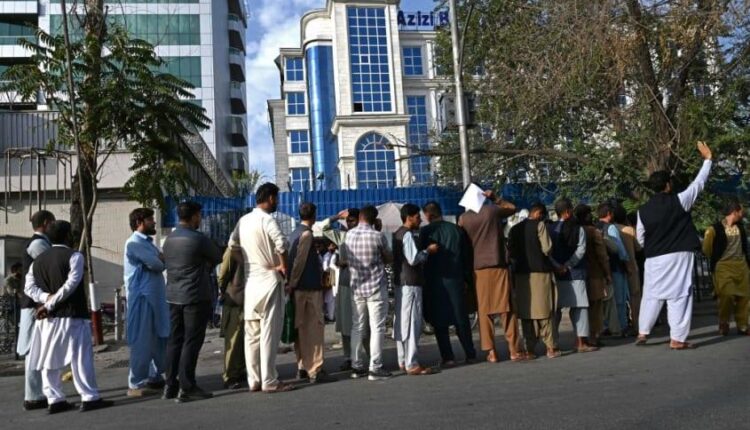 Afghans stand in line at an ATM. AFP via Getty Images

Afghanistan’s long-struggling economy is on the brink of collapse under the Taliban after US cash injections are gone, NBC News reports.

In the past, foreign aid artificially boosted the country’s purchasing power in Afghanistan, Atif Mian, a professor at Princeton University, recently wrote on NBC News. But without the US, there isn’t much production in Afghanistan to prop up the economy, and there are many doubts that the Taliban will do whatever it takes to turn it around.

In addition, since the Taliban are unlikely to receive widespread international recognition, they will not be able to access billions in reserve funds, mostly held in the United States, or $ 450 million in Special Drawing Rights from the International Monetary Fund, which the global consensus follows when it comes to controversial governments.

Some trade with Pakistan and fuel purchases from Iran could be a small lifeline, but Hans-Jakob Schindler, a former German diplomat and United Nations official who worked on Taliban sanctions, says it’s not enough to keep the economy running keep going. Foreign aid is the main driver, he said.

Gul Maqsood Sabit, a former assistant finance minister in Afghanistan, agreed, telling NBC News that “if nothing happens in terms of international recognition, there will be extreme poverty and very high levels of economic migration.” Read more under NBC News.

According to reports, the CIA director is holding a secret meeting with Taliban leader Abdul Ghani Baradar. away