Top News of the Day: BS Yediyurappa Resigns as Karnataka CM; The disturbance in Rajya Sabha continues as the opposition protests against Pegasus and more 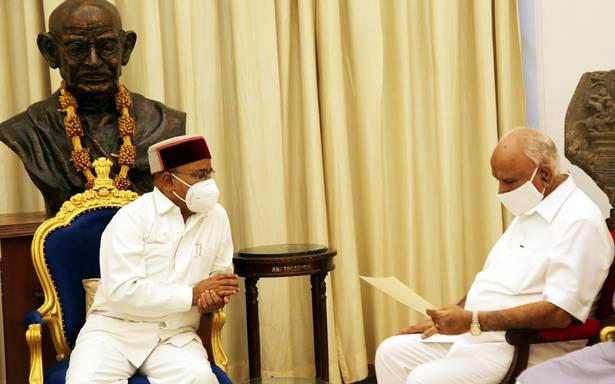 The government of West Bengal has set up a commission of inquiry to investigate the Pegasus spyware series, Prime Minister Mamata Banerjee said on Monday. The decision was made in a cabinet meeting, she said. The two-person commission will consist of retired Supreme Court Justice MB Lokur and former Chairman of the Calcutta Supreme Court, Jyotirmoy Bhattacharya.

The Rajya Sabha trial was adjourned three times in the first half of Monday as the opposition continued to raise slogans and protest against the government on the Pegasus issue. Chairman M. Venkaiah Naidu said the continued disruption from a few has deprived many MPs of the opportunity to raise issues of public concern.

Lok Sabha was adjourned for the day Monday after two bills passed without discussion, amid multiple adjournments and ongoing protests by opposition MPs over the Pegasus snooping issue and the three controversial agricultural laws. The House of Representatives was adjourned for a day after the two bills – the Factoring Regulation (Amendment) 2020 and the National Institutes of Food Technology, Entrepreneurship and Management Act, 2021 – were voted through.

US President Joe Biden and Iraqi Prime Minister Mustafa al-Kadhimi will seal an agreement on Monday that will officially end US combat operations in Iraq by the end of 2021, more than 18 years after US troops were deployed.

A.Sharath Kamal, the flag bearer of Indian table tennis, went into the round of 32 in men’s singles, while India’s women’s singles campaign ended on July 26th in Tokyo. Sharath overcame the strong resistance of the Portuguese Tiago Apolonia to enter the third round in the men’s singles. While the tenth seeded Sofia Polcanova from Austria turned out to be too hot to deal with Manika Batra in the third round of the women, Sutirtha Mukherjee could not resist the 32-seeded Fu Yu from Portugal.

President Ram Nath Kovind, unable to fly to Kargil due to bad weather, laid a wreath at the Dagger War Memorial in Baramulla on Monday to pay tribute to all the soldiers who sacrificed their lives in defense of the nation.

Former Congress President Rahul Gandhi, accompanied by his parliamentary colleagues, drove into parliament on Monday in a tractor to show solidarity with the protesting farmers and to demand the repeal of the three agricultural laws.

Finance Minister Nirmala Sitharaman told parliament on July 26 that the government has no plans to print banknotes to bridge the current economic crisis triggered by the outbreak of the COVID-19 pandemic.