These raw materials can be used by farmers and traders during Diwali. offer good returns 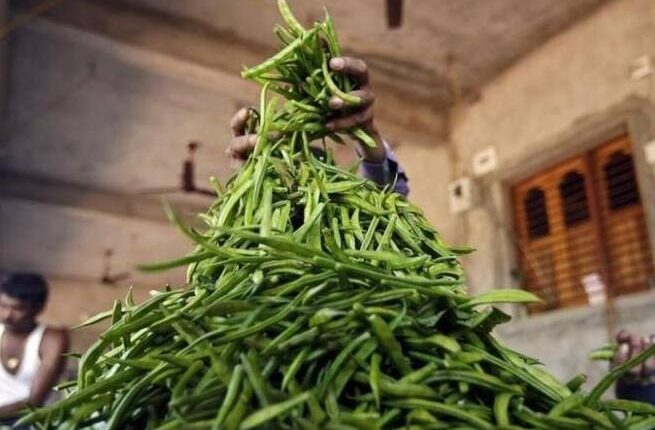 COTTON: The markets resumed the uptrend from the third week of September after a brief correction. The prices are currently fixed. The Cotton Association of India (CAI), an important association of cotton traders, has reduced its estimate of the cotton harvest last season (October 2020 to September 2021) from 354.5 lakh bales to 353 lakh bales (170 kg each). The final estimate is about 7 lakh bales lower than the originally estimated 360 lakh bale crop.

Demand for cotton and its products from Asian countries is expected to be strong as global economies recover from pandemic problems. India can produce less than earlier estimates due to bad weather in the main production regions. There have been cases of cotton bollworm attacks in the states of Punjab and Haryana, which can slow down yields. Global cotton mill consumption in 2021/22 (August to July) is forecast at 123.4 million bales in the latest USDA report, up 3 percent from 2020/21. China and India lead by estimates that together make up 53 percent of the total, with increases seen for Pakistan, Bangladesh, Turkey and others.

Global cotton production is forecast to be 120.3 million bales in 2021/22, 7 percent more than in the previous year, due to the expansion of the harvested area and a forecast record yield in the leading producer countries. Global cotton trade is forecast at 46.4 million bales this season, the second after the 2020/21 record, and supports the higher estimate of mill usage. Worldwide cotton mill consumption is projected above production, indicating a reduction in ending stocks to 87.1 million bales in 2021/22, the lowest level in 3 years. There are also cases of cotton bollworm infestation in the states of Punjab and Haryana, which can slow down yields. The states of Maharashtra, Gujarat and South were hit by the rains in October. The overall scenario for cotton prices remains positive and cotton can rise by almost 3-4 percent over the next few days.

MUSTARD: The markets are currently tied to price ranges, but buying interest improves after every moderate price decline. The physical markets constantly reflect the lack of sales intent by dealers and farmers in view of price increases in the near future. The stand situation remains tense and as the planting season approaches, the demand for sowing will improve. Arrivals are expected to continue to decline as this commodity has entered the lean supply season and new seasonal crops won’t be seen until March or April next year. As prices get cheaper and demand continues into the holiday season, from now on the preferred business decision will be to either hold the merchandise or replenish inventory at a lower level. Edible oils such as soybean oil, palm oil and mustard oil are mostly traded with a solid clay these days. Overall, both farmers and traders can hope for decent returns of around 400-500 rupees per quintal if they hold out for a few more weeks.

GUARS: That has been a hot commodity this year, and when compared to December 2020 average prices, the benchmark contract is up nearly 2700 rupees / qtl, or closer to 69 percent. The markets were tied to a range between January and March 2021 and from April 2021, prices have started to move upwards. The markets hold up to this day. The depletion of inventories over the past two years and the reduction in production prospects keep sentiment positive from a broader perspective. Guar gum, a processed product made from guar gum, has a higher export demand due to its usefulness in the crude oil industry. There are frequent export-related inquiries for guar gum, especially from the oil sector. India occupies the leading position in the production as well as in the export of this product on the world market. About 80% of the global demand for guar gum comes from India.

Irregular rains during the growing season and lower prices during the past two seasons have negatively affected the sowing of guar seeds. Prior to the arrival season, futures markets could face resistance to an upside move, but strong fundamentals will continue to encourage buyers to step in on any correction. Overall, the improvement in the prospects for guar gum exports, the constant decline in guar gum stocks over the past two years and a significant reduction in the harvest size estimate (about 30-35 percent lower than last year) should support the market. Keep holding these goods and they can be bought back early next week in case the price goes down. Growth in guar seed raw materials can be around 6-8 percent in the next few days.

KÜMMEL (JEERA) Jeera prices resumed the upward trend from the third week of September and the markets are still trading on an upward trend. Cumin is up about 12% since the end of July. Prices were around Rs 13000 / QTL during this period and were attractive to exporters as well as distributors and retailers. Currently the commodity is trading near Rs 15000 / QTL. As local and overseas consumption began to improve, the market could recover from lower levels.

The sowing has begun, due to which the demand for the seeds exists, so the markets have become volatile recently. India continues to be the most important global provider, so the futures market should also be supported in the coming days. Indian cumin exports typically decrease after July-August each year when Turkey and Syria served global consumers. But the situation is different this year. Due to the poor harvest situation in these countries, an export was not possible in contrast to the previous year. So this time most exporters switched to Indian cumin seeds.

The demand for Indian cumin has improved in recent months in the Middle East and Vietnam. As a reaction to the lower price level and the increased demand for immunity-boosting spices, the export prospects for this year appear better. All in all, you should continue to store or hold this spice for good margins in the short term, and most traders expect jeera prices to move in the same direction 15500-15700 soon.

BBC Pointless Celebrities: Tim Vine’s famous brother you may not know he is related to