The novel approach of making it tough in sports 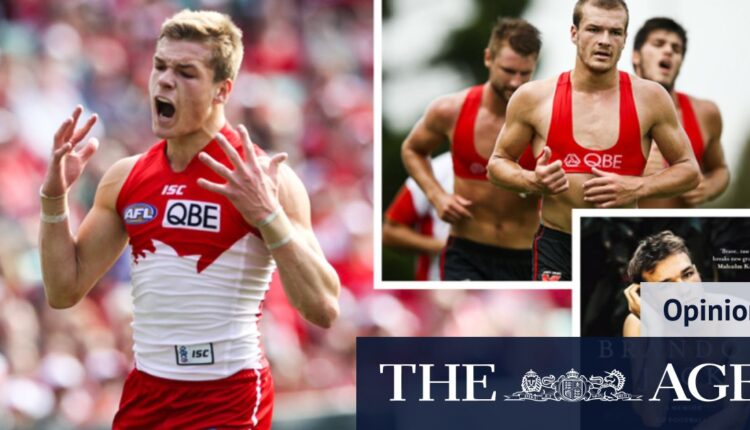 As much as it goes against the grain to cram everything I haven’t written, two sports books lately are so outstanding that I have to.

Regular readers of this site will already be familiar with some of Jack’s works and the surprisingly different angles from which he wrote. After all, you might expect him with his pure football tradition – the son of Balmain Tigers and Kangaroos star Garry Jack; the brother of Sydney Swans legend Kieran Jack and an accomplished Swan with 28 senior games himself – would throw these cards on the table all the time. The easy way would be to settle for who wins which games and why, and did he ever tell you about the time he handballed the key pass to Adam Goodes to score the winning goal against Hawthorn?

But Brandon was never narrow band, he was always broadband – he never wanted to limit himself to such a limited range of subjects, even when his credentials and obvious writing skills enabled him to do just that. From his first visit to these pages, his writings showed diversity and restlessness. He was never satisfied with mere predictions about certain games. He wanted to cover so many things that were far more interesting beyond mere results: things like racism in sports, sexuality, masculinity, the entire culture and philosophy of football. Then he wanted to write about things that had absolutely nothing to do with football! All of this is capitalized in this book.

The anecdotes he shares about his time with the Swans are captivating about what it was actually like to be out in the cauldron and play for your life while the cameras were rolling. But while 99 out of 100 sports memoirs – and I’ve written a few myself – show how awesome it was, how magical the whole experience, Jack, usually comes from a completely different angle.

He didn’t really like it. Not entirely sure if he’d even pulled the right reins to be in football, he was deeply unhappy and would regularly quench himself with alcohol to effectively relieve the pain. Fascinatingly, the book documents his journey from a kid with an initial dream of playing in the big leagues only to switch to AFL, only to find that living that dream more or less had to be a nightmare – and his journey afterwards. It’s really well done, fiery honest and fearless as I say on the cover. It’s much more than just a retired athlete’s memoir. 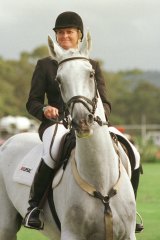 Gillian Rolton won equestrian gold for Australia at the Atlanta Olympics despite riding with a broken rib and broken collarbone.Credit:Bryan Charlton

Colliss will look familiar to many of you, too. A former Eastwood rugby player with foiled ambitions to play for the Wallabies – he first made a name for himself through wonderful sports poetry, including my favorite, the Ultimate Test – before realizing that there was a way to make his dream come true, Australia but to represent. Without an official national sudoku team, which kept him and a handful of pals from buying a couple of blazers, declaring themselves a national sudoku team and heading to the Sudoku World Cup in India, where they, zilch, zilch, ZILCH for Australia won. But what a time they had!

Colliss is a clever writer with a nice twist and a great flair for Australian sports stories, which are told in muted tones in bars and around campfires decades after the event. In this book, Australia’s Toughest Sports People, he gives a dozen examples of exceptional athletic courage from Australians, from Rick McCosker, who played with a broken jaw in the Centenary Test; Gillian Rolton, who ignored a broken rib and collarbone after falling off her horse to win gold at the 1996 Atlanta Olympics; to Dean Jones’ double century in Madras despite his dehydration and illness; to Dermott Brereton’s exploits in the 1989 AFL Grand Final with his own broken ribs. You get the drift.