The Greek Prime Minister says the economy will recover 5.9% this year and outlines tax breaks 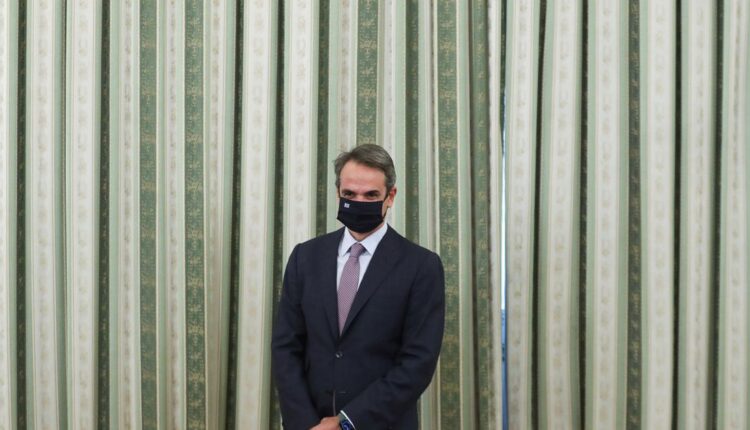 Greek Prime Minister Kyriakos Mitsotakis will take part in a swearing-in ceremony for the newly appointed members of the government on August 31, 2021 in the Presidential Palace in Athens. REUTERS / Costas Baltas

Athens, September 11 (Reuters) – Greek Prime Minister Kyriakos Mitsotakis said Saturday the economy will grow by a better than expected 5.9% this year and announced tax cuts and other relief measures to help businesses and households thrive the coronavirus are burdened with a pandemic.

Greece emerged from a decades-long financial crisis in 2018, but saw its economy slump again by 8.2% last year due to restrictions to contain the spread of the COVID-19 pandemic, which also affected its vital tourism industry.

The government’s medium-term financial plan had forecast growth of 3.6% for 2021.

“Today we are announcing the revision of the (growth) target for 2021 from 3.6% to 5.9%,” said Mitsotakis in his annual keynote address in Thessaloniki.

“Our country is stronger today than it has been in many years. It is economically stronger, it is geopolitically stronger,” he said. “The image abroad has changed.”

To offset the price increases in energy and other vital goods caused by rising gas and transportation prices around the world, Mitsotakis said the government will maintain the lower 13% VAT rate on coffee and soft drinks, tourism, movie theaters and gyms. It would also spend 150 million euros in electricity subsidies and offer more heating bills for poor households.

In addition, the pension contributions will be reduced by three percentage points, a so-called solidarity surcharge on income will not apply for another year in 2022 and corporate income tax will be reduced from 24% to 22% in the next year. Small businesses that merge benefit from a 30 percent tax cut.

Greece’s economy grew 3.4% in the second quarter of this year, beating forecasts and giving the government scope for tax breaks.

Its annual expansion rate reached 16.2% thanks to increasing consumer spending and investments.

Analysts attributed growth in the second quarter mainly to the lifting of lockdowns, a backlog and a boost from government support measures rather than tourism, the effects of which are expected to manifest in the third quarter.

As the pandemic brought global travel to a standstill, Greek tourism saw its worst year on record in 2020, with just 7 million visitors, compared to a record 33 million in 2019.

The sector, which accounts for about a fifth of the economy and a fifth of jobs, generated sales of 4 billion euros, less than a quarter of the 18 billion in 2019.