The Day – Local celebrities and politicians go-kart race for charity 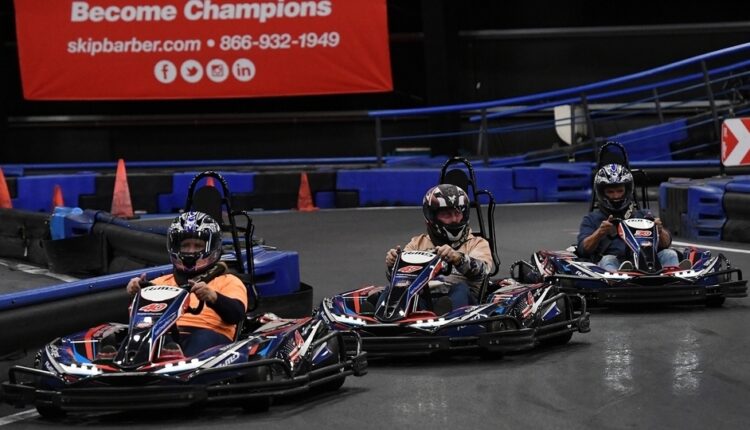 Montville – Typically, when you think about state lawmakers becoming competitive, it could be in the context of elections. But on Wednesday night, they joined other local celebrities and some veteran racing drivers to put on helmets for competitive go-kart racing – all to raise money for local charities.

Local radio host Lee Elci hosted the Thanks4Giving Magna-Karta Racing Championship – with the slogan “Speed ​​for Need” – at SuperCharged, which could drive up to 40 people who made a donation of $ 500. But some kept donating, and the GoFundMe page raised more than $ 23,000.

Spectators observed from the railing of the bridge on the second floor with a view of the route. Bob and Amy Stefanowski’s daughters even made signs.

Here’s how it worked: each participant selected a charity, dividing the money so that the charities selected by the fastest drivers get the most money. There were four runs with the top five drivers of each advancing.

Both Lutherans chose the Sacred Heart School and Rando went with the Brian Dagle Foundation, so these organizations are going to get a lot of money. Some of the other charities selected are Wings of Freedom Animal Rescue, Connecticut Burns Care Foundation, Safe Futures, Pawcatuck Neighborhood Center, Waterford Country School, and Veterans Equine Therapeutic Services.

Reps Irene Haines, R-East Haddam and Amy Stefanowski teamed up to select the New London Homeless Hospitality Center “to double our profits,” Haines said, noting it was going to be cold soon.

“It’s like radical generosity, we call it,” said Annah Perch, development director for the Homeless Hospitality Center, who with Haines, Stefanowski, and others wore a bright orange shirt that highlighted the center. “It’s amazing the creativity with which people come up with things.”

She said the center needed the money more than ever, especially during the coronavirus pandemic, and she was overwhelmed with all the people who came out.

Haines noted that she had never driven a card before, and Rep. Joe de la Cruz, D-Groton, said the same thing, despite joking before his race that he was practicing how to hold a trophy. He finished second of nine in his run, behind Elci.

De la Cruz was the only Democratic elected representative to attend, although Elci was quick to point out that he had asked others. “I understand Ned is busy,” he said of Governor Ned Lamont.

Elci said he tries to do something for the community every year. “I thought it could be fun doing something for charity that isn’t necessarily just asking people for money,” he said. “People have a competitive spirit, so a lot of people who heard me talk about it on the radio have offered to make money to be a part of it.”