The Chinese growth trap that could paralyze Beijing’s economy 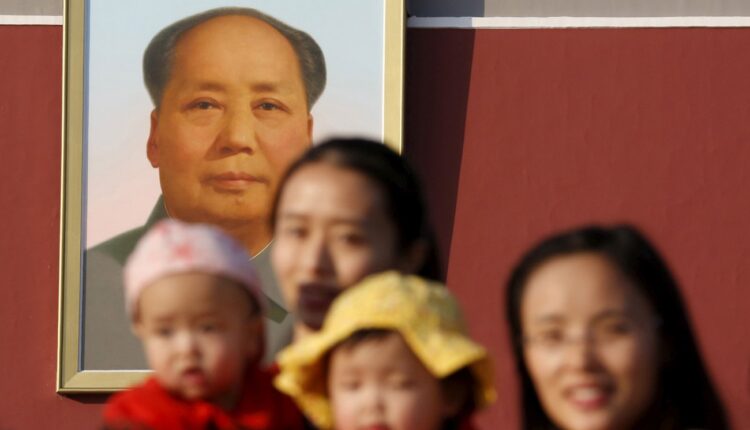 The Chinese workforce peaked at 787 million people in 2017. Demographics say the case will continue. There is some leverage to increase the number of people working. The participation rate of women can be improved somewhat. Now it’s about 43 percent compared to 75 percent for men. Lessons from other countries clearly show that this is easier said than done. Chinese women have moved to prioritize their careers over starting families. The one-child policy (1979 to 2016) led to a one-sided gender relationship. For the age group under 24, there are more than 110 boys for every 100 girls. Politically, the Chinese Communist Party (CCP) has just softened the rules on having children and sees attempts to get more women into the labor market to undermine this turn in politics.

In the last few decades several countries have tried to get out of the demographic trap by increasing productivity, defined as higher output per factor of production: How much more production can the system get out of one hour of work? OECD statistics show how difficult it is. Despite intensive efforts, the average annual productivity growth in Japan since 2005 has been less than 1 percent. Italy, also a country with a declining population, did even worse with annual productivity growth of less than 0.5 percent. The euro area is 0.8 percent. Great Britain at 0.6 percent. The USA performed better with 1.25 percent.

China has undoubtedly investigated the Japanese ordeal to see which policies work and which don’t. Unfortunately, Japan’s economy has been stationary for about three decades so not much help is coming from that side.

More technology increases productivity, mostly and immediately for young workers entering the labor market. You have the skills to use it. The catch, however, is that the size of a cohort is small compared to the total labor force. It takes time for a tangible portion of the workforce to acquire new skills. Employees must undergo training and education to ensure that the handling and operational processes are taking full advantage of the performance embedded in the new technology. Workers’ skills need to be continuously improved.

Such policies have been implemented by some European countries, mostly welfare societies or, better still, those that have managed to combine a welfare state with a competitive economy. But it costs a lot of money, which begs the question of how to fund it. An increasing proportion of Chinese companies are at least partially private and may shy away from having to shoulder the financial burden. State-owned companies make up 25 percent of the economy and are mostly found in the high-tech sectors, precisely the group of companies that are expected to improve their skills first. But we don’t know how they will react, how much influence they will have over the state, and how they will be administered. The workers themselves need to be sure that the training will not lead to unemployment or lower wages. The workforce and the unions must be partners who believe that it will be of use to them and that it is not profit making.

Chinese civilization is rich in inventions. Paper, movable type printing, gunpowder, compass, mechanical clock, iron smelting, to name a few of the most important, can all be traced back to China. But the terrifying observation for the leadership is that none of them have changed society in the way that steam power led to the industrial revolution in Europe. The mountain to be climbed in the next few decades is to integrate inventions into society and to accept the profound changes that come with them, which can thwart the traditional thinking and current political philosophy of the CCP.

From a Western perspective, an innovative society is inextricably linked to a democratic model of society, but the evidence for such a thesis is sparse. It is more likely that other sociological, economic, or psychological factors facilitate or block the conversion of inventions into consumer production. One of these could be the spread of new knowledge through society. Another is decision-making in research and development. A third, and perhaps most importantly, revolves around how the economic system chooses funding for inventions and investment projects. But none of that is embedded in democracy.

The United States has implemented solutions by directly and indirectly restricting Chinese technology purchases abroad and closing markets to export its high technology products. Increasing economies of scale, which enable funds to be reinvested in research and development, cannot thrive without large markets. So the United States is trying to box in China. Huawei is another example.

Such a policy can prove to be rash and short-sighted. It could make China more determined to triumph. China is currently focusing on emerging markets and developing economies, as illustrated by the launch of the Digital Silk Road in 2015. In view of future population and economic growth, this is where the large and dynamic markets are located. China has had an offensive and proactive policy aimed at solving its own problems, with the United States locking itself in a defensive and reactive role.

The United States may find it difficult to force allies to stick to the line. A strategy similar to the US plan was followed more than two hundred years ago when Napoleon Bonaparte introduced the continental blockade that closed European ports to British products. It went wrong. Mainly because Napoleon’s satellites and allies were reluctant to get around, joined in under pressure, and half-heartedly pushed it through. To make it effective and bring Britain to its knees, Napoleon estranged his allies, some of whom had secretly negotiated with Britain. Russian dissidence undermined the blockade and became one of the reasons for its attack in 1812. This military enterprise was instrumental in its demise.

One wonders if something similar is in store for the United States. Various Asian and European allies are suspicious of China’s policies and behavior. They may be ready to protect their own technical knowledge and prevent China from becoming too dominant in communications and some other sectors, but they may not be ready to go as far as the United States. If Americans behave awkwardly, and there have been examples of this in the past, then Allied openness may become less enthusiastic.

The decisive factor in whether China does the trick is not the US countermeasures, but rather:

Nobody knows the result of this colossal economic and social engineering, but the world should hold its breath and wish success. If not, then a China caught in a low growth trap with a population accustomed to higher living standards year after year could well usher in a global economic depression of unprecedented proportions. Indeed, China could become an unruly partner in the global system that blames the West for its misery, which is not conducive to a peaceful world.

Joergen Oerstroem Moeller is the author of Asia’s Transformation: From Economic Globalization to Regionalization, ISEAS, Singapore 2019 and The Veil of Circumstance: Technology, Values, Dehumanization and the Future of Economics and Politics, ISEAS, Singapore, 2016.