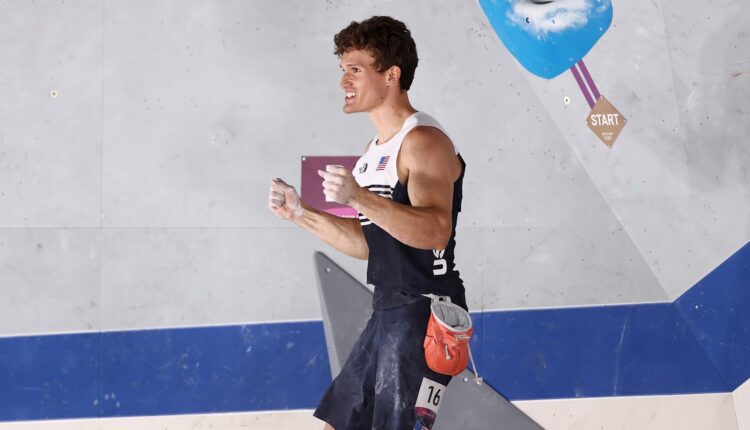 After missing the 2019 World Cup final, in which all finalists took Olympic spots, Coleman grabbed the sixth and final quota spot at an Olympic qualifying event in Toulouse, France. Throughout the competition, he said he kept muttering to himself, “Come on man, be real, it won’t happen. You won’t make it.”

Then, in Tuesday’s Olympic qualifying round, Coleman recovered from disappointing results in both speed and bouldering with a clutch top-five finish on the lead wall, grabbing eighth and final place in the medal round.

In a sport that requires both mental and physical strength, Coleman delivered the best performance of his life on the greatest stage in the history of the sport.

“This is a goal I couldn’t even really have recognized. So it’s crazy to have achieved it,” said Coleman after receiving the silver medal.

Sport climbing was added to the Olympic program as one of five new sports for the Tokyo Games and, after decades of growing popularity as a niche sport, has risen to become global sports mainstream.

Coleman, who began climbing at the age of nine to overcome his fear of heights, recognized the importance of the moment for sport around the world and in his home country.