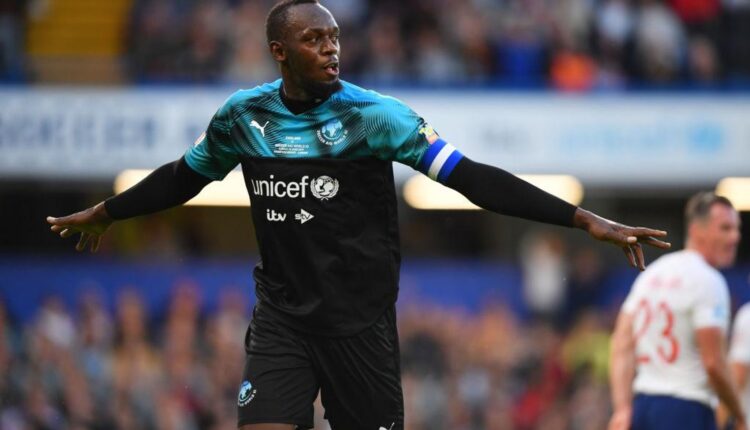 Maybe you are right. My Monday night seven-a-side football has come to an end under floodlights for the last few weeks – and in winter there will be a lot more sport under cover of darkness.

But the Scottish Football Association and their English counterparts decided on Tuesday night that the summer transfer window was over, and those of us who stay awake until it metaphorically strikes have been given an extra hour in bed. It used to be until midnight, but on one of the busiest nights on the football calendar when the clubs want to finalize their squads, many eyeballs are tied to the media for news, rumors and interviews through car windows until 11pm.

Andy Murray of Great Britain returns the ball during a training session prior to the start of the 2021 US Open at the USTA Billie Jean King National Tennis Center on August 28, 2021 in Queens, New York. (Photo by Sarah Stier / Getty Images)

Sky is the market leader and created the yellow tie gimmick to match their on-screen news ticker, and although it will again be Jim White-less, it still requires football fans in search of new strikers or fantasy football Team updates are.

There’s more late-night and overnight action this week as well. The nights are really moving in.

Hopefully you still have those Saltiers from the summer, because the same sources give us reason to wave them back on TV this week.

Steve Clarke’s team will meet Denmark in Copenhagen on Wednesday evening and then play in the south of Glasgow with Moldova under the lights in Hampden on Saturday. Both are at Sky Sports and both are important if we are to reach a second major tournament in a row.

Steve Clarke, Scotland manager, watches the qualifying match for the 2022 FIFA World Cup in Qatar between Scotland and the Faroe Islands on March 31, 2021 at Hampden Park. (Photo by Ian MacNicol / Getty Images)

Speaking of majors, Andy Murray is back in action too. If you’re reading this, his US Open campaign has already started. Hopefully it’s not over yet, but the games will drag on through the night and Wimbledon favorite Emma Raducanu hit the headlines in Flushing Meadow on Tuesday.

Amazon Prime owns the rights to the competition and can display games on demand through its app on digital TV and online for a monthly fee of £ 7.99.

Yes, another subscription, but there is also sport on terrestrial television.

Saturday turns out to be a blast. The second semi-final in Shinty’s Camanachd Cup takes place at 4pm on BBC Alba, while the Paralympic climax with a number of returning champions in action – Libby Clegg in particular – before Channel Four’s extensive coverage of Tokyo draws to a close on Sunday morning.

And if all of this is a bit too competitive, then there is always a bit of fun on Saturday evening to raise money for UNICEF, at Soccer Aid the charity soccer game, where people who are better known and often better suited for other things play soccer play (sounds like the Monday night I mentioned earlier).

Sometimes you get surprised. We’re not talking blindly like Boris Johnston’s rugby tackle against German Maurizio Gaudino – that was another charity soccer event – but there have been pleasant surprises over the past few years and singers Olly Murs and sprinter Usain Bolt revealed sensible soccer talent to order lots of celebrity spotting on the red carpet that takes place on the sidelines.

Jamie Redknapp and Wayne Rooney will also put on their boots for the good cause and on Saturday at 6.30 p.m. the STV will start.

David Oliver can be seen five this week

There is tons of tennis to watch this week and it will be fascinating to see if Novak Djokovic wraps up a calendar slam. All of the action this week is happening on Amazon Prime – the online TV subscription service that offers on-demand games from upstate New York. The monthly registration costs € 7.99.

The biannual clock for football administrators will keep all eyes on Sky Sports News (Sky 409, Virgin 422) for updates from managers hanging out of car windows, players filing for medical exams and paperwork. The action reaches its climax on Tuesday at 11 p.m.

Scotland will face Denmark on Wednesday at 7.45 p.m. in Copenhagen, with coverage on Sky Sports Football starting at 7 p.m. (Sky 403, Virgin 503). On Saturday evening it’s also back to Hampden, with Moldova, the opposition on the same channel at the same time.

Coverage from Tokyo continues on Channel 4 with additional summaries and a nightly last leg special to add to the live action through to the closing ceremony on Sunday at 11:30 a.m. (Sky 104, Virgin 104). Look out for “Super Saturday” with various reigning champions from Team GB – including Libby Clegg from Scotland.